Here’s everything about the charging your phone wirelessly and wired at the same time being safe or not:

Physically, you may use your wired charger and your wireless charger at the same time.

However, your phone only receives energy from one method at a time.

There’s no advantage to charging simultaneously unless one method fails, and your phone won’t charge faster than with the charging cord.

If you want to learn all about charging your phone wired and wirelessly, then you’re in the right place. 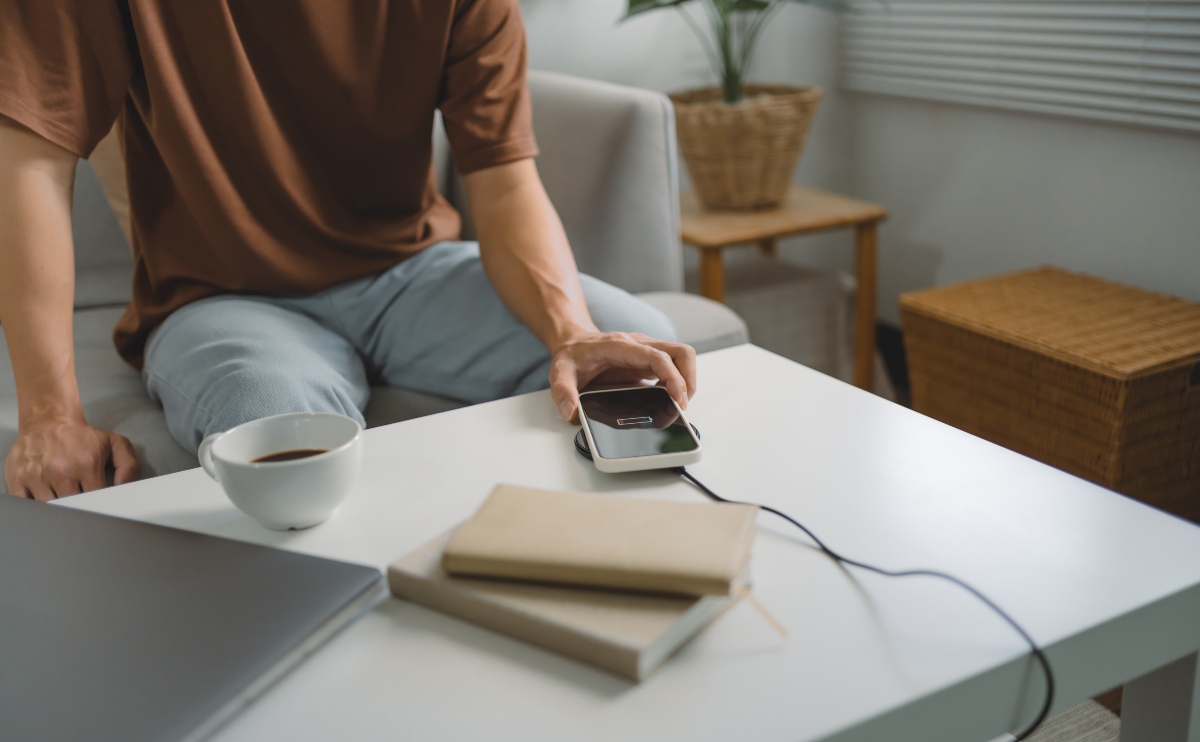 What About Charging Your Phone Wirelessly and Wired at the Same Time?

There are two kinds of people in the world.

You have a group of people who ensure their phones are almost always fully charged.

They panic when their phone is at 80% or below.

On the other hand, you have risk-takers who live life on the wild side.

They gamble and let their phones get to 10% or less.

No matter which category you fall into, there may be times when quickly charging your phone is a pressing concern.

This issue may lead you to wonder if you can charge your cellular device both wirelessly and wired simultaneously for the optimal charging experience.

Can You Charge Your Phone Both Wirelessly and Wired Simultaneously?

Based on the disadvantages and advantages, you probably have a method you prefer.

However, in a case where you want your phone to charge fully in a short amount of time, you may want to use both methods together.

Physically, you may use your wired charger and your wireless charger at the same time.

Is It Safe to Charge Your Phone Wired and Wirelessly Simultaneously?

This method is perfectly safe to use.

You don’t have to worry about your phone receiving too much energy at one time.

If something like this happened, your battery would overheat and cause damage to its internal components.

This, however, won’t happen when you use two charging methods together.

Instead, your phone only receives energy from one method at a time.

When your phone is on both the wireless dock and connected wired, your phone will only take in the electricity through the wired charger since it’s a direct connection.

Therefore, your phone won’t receive too much electricity.

What Is the Speed of Wired and Wireless Charging?

If you’re in a time crunch, it may seem like a good idea to charge wired and wirelessly at the same time.

But is this really the case?

To answer this question simply: no, it’s not a quicker method of charging.

Your phone won’t charge any faster than if you used your charging cord.

The logic is simple.

The two charging methods won’t work together to charge your phone.

Instead, your phone will only receive energy from one source at a time, not both.

While it may have surprised you, you now know the truth about wireless and wired charging.

You shouldn’t have any problem if you choose to use both methods at once.

Shockingly, though, this method doesn’t have any benefit unless one method fails.

How Does Constant Charging Affect Your Phone Battery?

So much about having wireless and wired charging simultaneously isn’t faster.

On another note, does constant charging hurt your phone battery?

Learn all about how constantly charging your phone affect its battery here.

What Does It Mean to Charge Your Phone Through a Wire?

When you charge your phone through a wire, you connect it either to an electrical outlet in your home or through a compatible device, like a computer, through the USB cable.

The energy goes directly from the outlet or device to your phone to charge the battery.

Charging through the wall tends to be quicker than using a USB port, though.

Your USB port will only carry a maximum of 500 milliamps of current at one time.

Your phone may handle more current than that.

In fact, usually, a phone can handle two amps at once. With that being said, a wall outlet can supply more current at once, usually 15 to 20 amps.

What Does It Mean to Charge Wirelessly?

When you charge wirelessly, you use a pad designed to charge your phone.

You must use one that’s for your specific brand of phone.

During this process, the charging dock acts as the energy source.

Inside, the pad has an induction coil that turns the energy into an alternating electromagnetic field.

Your phone has a receiver coil that receives the electromagnetic energy from the dock and converts it into electricity.

Finally, your phone sends the electricity to the battery.

Which Phones Have Wireless Charging Capabilities?

The docks are only intended for smartphones.

For instance, you’ll need a phone that’s one of the following brands:

Keep in mind that only certain models charge wirelessly.

One question that might come to mind is if your case affects wireless charging.

For the most part, your case won’t interfere at all with wireless charging.

However, some case types are known to interfere with the wireless charging process.

A prime example is a thick case.

While heavy-duty cases protect your phone, they can hinder the electromagnetic field.

Ultimately, this could cause damage to the charger.

This probably doesn’t come as a surprise, but metal cases will impede wireless charging.

They interfere with the electromagnetic signal.

Some battery cases, which charge your phone, may reduce the energy that your phone receives from the wireless charger.

You can find charging cases that work with a wireless charger.

Specifically, Apple and Samsung released battery cases that are compatible with wireless chargers.

What Are the Benefits of Charging Wirelessly?

Charging wirelessly offers the convenience of placing your phone on the charging dock and not needing to connect it to your port.

For one, you can save stress on the port on your phone.

You set your phone down and go on your way.

Plus, places are installing wireless charging stations in various locations.

Therefore, in a pinch, you may be able to find a charging dock, even if you don’t have your charger on hand.

This option is also convenient if you have multiple phones that are compatible with the dock.

You place any of them on the charger without the need for multiple cords.

Finally, you don’t need to worry about where your charger is.

If you leave the dock in the same place, you’ll always know where it is.

If you take your charger everywhere with you, it’s possible you may have to search to find it. Not with a wireless charger!

What Are the Disadvantages of Charging Wirelessly?

Firstly, when you charge wirelessly, you can’t use your phone while it charges.

Certain phones don’t work with a wireless charger, so you may not have this option.

This charging method is slower than if you connected your phone directly to a power source.

Finally, this option isn’t convenient on the go. You may not want the hassle of bringing the wireless charging port with you when you leave.

What Are the Benefits of Charging Wired?

Since you’re bypassing the complicated wireless charging process with a cable, your phone receives nearly all of the energy.

Therefore, it’s a more effective method of charging your phone.

Compared to wireless charging, your phone will charge quicker with a wire.

What Are the Disadvantages of Wired Charging?

You may require a different charger for each phone you have based on the brand and model.

In addition, you place stress on the port, which could cause your phone to prematurely fail since it may eventually not be able to charge.

Ultimately, this could be a costly expense if you have to replace your phone more frequently than necessary.

In addition, wireless charging is a safer method.

Believe it or not, people have been shocked by their wired charger.

There have even been cases of people dying from electrocution from wired phone charging.

Back in May 2019, a 22-year-old man was lying in bed, charging his phone while holding his device.

He was expecting company—a family member from Thailand.

Upon arrival, the company found the lifeless young man in bed.

The man still had his phone in his hands when the family member found him.

He also had noticeable burns on his hands from the electrocution.

Okay. Now you know all about charging your phone both wired and wireless simultaneously.