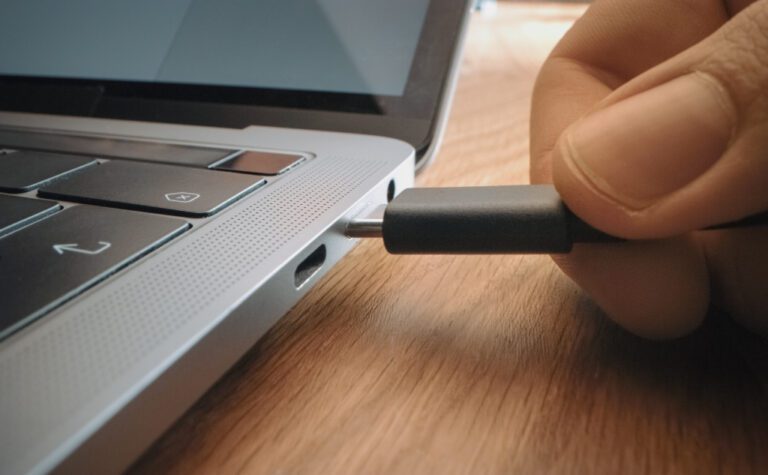 Here are the parts of your laptop charger.

From the AC cable to the DC cable and everything in between.

So if you want to get to know the parts of your laptop charger and their functions, then you’re in the right place.

Want to Get to Know the Parts of Your Laptop Charger?

Millions of people use their laptops every day in place of a desktop computer.

If you’re one of them, then you probably know that your laptop battery will eventually die if you don’t plug it in.

Laptop chargers are essential to accomplishing our daily tasks, yet most people don’t know how they function.

It’s especially difficult because you can’t see inside your laptop charger, also known as the adapter.

The parts of a charger each play an important role, however.

The side that plugs into the wall is the AC (Alternating Current) cable that brings power to your laptop’s power “brick.”

The cable is insulated to prevent harm from the electricity.

At one end of the cable is the prong that you plug into the outlet.

By separating the AC cable from the adapter, manufacturers can save money by using the same cable, even if their products require different adapters.

On many laptop chargers, you can unplug the brick from the AC cable.

This is made possible via an AC port on the brick itself.

Many electronics have a similar port that looks like three holes or even a Mickey Mouse head.

Separating the charger into pieces lets you replace the more affordable cable if necessary.

Furthermore, makers can use the same cable with all their laptop chargers, even if the adapters differ.

What people commonly refer to as the laptop charger or “brick” is actually the transformer.

It’s the powerhouse of the charger.

The transformer converts high-voltage AC to lower-voltage DC, which your laptop can safely use.

This electricity can then charge your laptop or power it if the battery is full or if you’ve changed settings to bypass charging the battery entirely.

Inside the adapter is a motherboard that controls this function and to which the electrical components connect.

Adapters are smaller than they once were.

However, even the smallest laptop adapters tend to be too large to plug into the wall, which is why manufacturers place the adapter between the cables and not near the plug.

Any device you own that has an adapter on its cable works similarly.

You might recall when phone chargers used much larger adapters at the end of the cord.

Now, phone adapters are much smaller and typically separate because phones require much less power.

The adapter performs the same function as the one on your laptop charger, however.

You may have noticed that the adapter becomes warm when your laptop is charging. Converting currents generates heat.

It’s important to keep your adapter in a place where the heat can dissipate. Otherwise, the adapter can become damaged by heat over time.

A cable connects the adapter to a port on your laptop.

Most DC (Direct Current) cables are permanently attached; although, some may separate from the adapter, allowing you to replace just the cable.