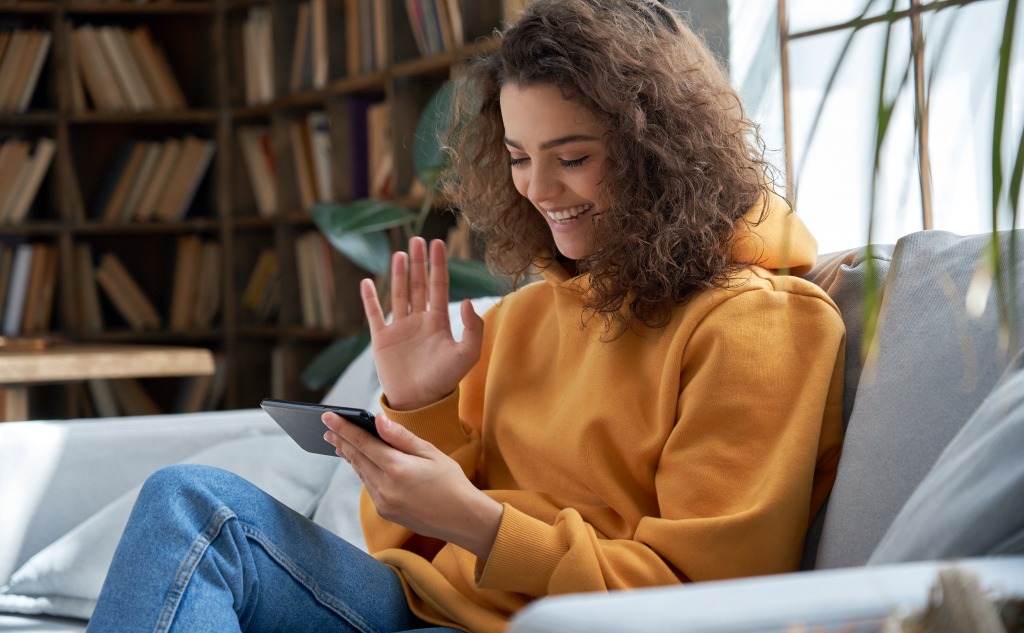 This is whether using FaceTime and charging your Apple device (iPhone, iPad, or MacBook) at the same time is bad.

So if you want to learn all about why you can charge your Apple device and use FaceTime simultaneously, then this article is for you.

You Can Charge Your iPhone, iPad, or MacBook and FaceTime at the Same Time

FaceTime has been one of the most popular video-conferencing apps available on mobile devices. Forget about Zoom, Teams, or anything similar.

FaceTime is what everyone else is using to have phone calls with video included as well. After all, how better to have a conversation than to see whom you’re talking to at the same time as well?

However, on Apple devices, like anything electronic, FaceTime has a heavy technological demand, and that causes the iPhone or iPad to heat up. It also drains the battery very fast as well. Fortunately, charging the device at the same time will not cause it to blow up, fry, or burn out.

FaceTime Is a Program With an Appetite

In terms of negative effects, FaceTime is a greedy app when it comes to battery power and consumption. The program is notorious for its power draw, and it will drain an iPhone or iPad battery extremely fast.

Eventually, after so many recharges, a battery slowly but eventually begins to fail. This is most noticeable in its inability to hold a charge as long as it used to when first new. Eventually, it won’t even be able to hold a full charge for an hour.

Apple batteries can be changed for new replacements, which is a solution, but the process does take some know-how for hardware replacement as well as knowing how to open up an Apple device safely.

A device owner will also need specific tools to access the tiny releases within an Apple device without breaking it. Going at the job with basic garage tools is a fast way to damage an iPhone or iPad badly.

When it comes to device temperature, however, FaceTime usage is not going to bring an Apple device to critical overheating status, no matter how much the program is used. This, of course, assumes that a user is not standing out in the direct, hot sun using the app for hours as well.

The ambient temperature of the environment where one is standing has a huge impact on the efficiency of an Apple device, especially when the technology involved is working full throttle, as is the case when running the FaceTime app.

You Can FaceTime Until the Cows Come Home

There is also no timer or maximum amount of time one can use FaceTime on an Apple device before quitting and letting the device rest.

The only issue that would affect Facetime usage is really associated far more with the connection capability than the function. Usually, many folks run their cellular connection on a phone.

If the FaceTime app is going to be used for hours at a time, it’s less costly and smarter to run the heavy amount of data transfer over a Wi-Fi connection instead.

Video of any type demands significant data to transfer both the image and sound in the same file delivery. A cellular account with a data cap is easily broken as activity exceeds that limit, resulting in serious account charges from the amount of data moved on long Facetime calls. The same goes for iPads running on a cellular connection as well.

Folks also don’t need to worry about FaceTime running hot when the app is not being used. When an iPhone or iPad is set not to use the app, i.e., the user has exited the program to the main screen, the FaceTime connection is turned off.

Of course, to be sure, all one has to do is double-click the central button, swipe to close the app, and it shuts down completely.

Operating Temperatures Do Get Warm

As an iPhone or iPad charges, the use of FaceTime is not going to cause the device to go into meltdown mode suddenly. However, running the program in full operation mode while charging is likely to increase the temperature in the device, which will be felt while holding.

The reason being is that the device is running high-activity operations at the same time. First, charging the battery raises its temperature. Second, running FaceTime makes the processor work in high production mode, which also creates significant heat that needs to dissipate.

Technically speaking, an Apple device has a set heat range that can function properly before running into issues. The typical operating system range can be as cold as 32 degrees Fahrenheit or as hot as 95 degrees (i.e., 0 to 35 degrees Celsius).

Anything hotter, such as charging and FaceTiming outside on a summer day more than 100 degrees Fahrenheit is likely to cause the device to go into safety mode. To cool down.

The unsafe range starts to really happen when the device is below 0 degrees Fahrenheit or hotter than 113 degrees (or -20 to 45 degrees Celsius). Since most people can’t even tolerate those temperatures, it’s not likely to be an issue for most Apple device owners. Granted, folks in Death Valley or the North Pole might differ.

The above said it’s not uncommon for folks to get a bit worried about their Apple device getting hot. In fact, warm temperatures from an Apple device are among the most common customer complaints or concerns posted asking for guidance from the manufacturer.

Tips and Tricks to Reduce Heat While Using FaceTime and Charging

There are options one could apply to bring the temperature down, even when charging and FaceTiming.

First, get out of the direct sun. Direct solar heat is a primary heat problem for Apple devices when running in full operation mode.

Second, lower the brightness on the device’s screen. By dimming the view, the iPhone or iPad doesn’t work as hard, showing an image and processing at the same time.

Along the same lines, going into dark mode reduces the amount of energy needed for the display as well. Many folks working at night utilize the red light option, which is both easier on the eyes and reduces power consumption.

Third, shut down any other apps. The less the device has to compete to run FaceTime, the better.

Finally, always make sure the iPhone or iPad is working with the latest operating system version and any related upgrades to its software. Old software can cause glitching as well as operation problems when conflicting with new versions. Keeping everything updated prevents the problem altogether and reduces extra demand on the processor chips.