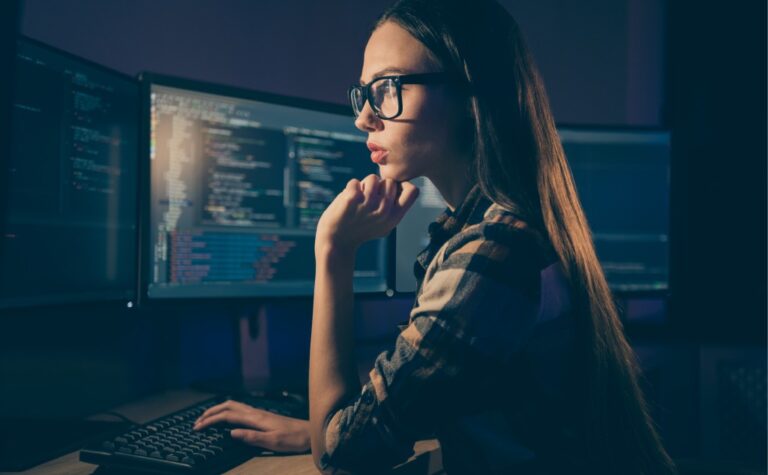 This is why there isn’t a 128-bit operating system.

So if you want to learn why there aren’t 128-bit operating systems, then you’re in the right place.

Currently, there are 32-bit and 64-bit processors, operating systems, and programs.

Before these existed, programmers worked with 8-bit and 16-bit systems. Therefore, it would be logical to assume that new devices and programs with higher bit depth will appear along with the progression of technical development.

The logical next step should be 128-bits. But does that make sense? Let’s figure it out.

The digit capacity in computer science is the number of bits that a device can simultaneously process. There is:

All these are different concepts overlap and may partially depend on each other. At the lowest level is the processor capacity.

We have to consider several issues:

Increasing the system capacity over 64 at present may be of interest only for a narrow range of applied problems.

With the growth of the bit depth, the calculation accuracy also increases.

The 128-bit (or higher) architecture is useful for mathematically intensive operations such as graphics, cryptography, and complex system modeling, but not for operating systems.

Based on the preceding conversation, we can conclude that a system with a 64-bit processor is now sufficient for the bulk of users.

The 64-bit system offers enough computer performance capacity for most professional applications such as:

64- or even 32-bits are large enough for most practical calculations. A wider memory bus can speed up the loading of instructions and data, which is a lot.

A higher bit depth of an operating system does not directly mean higher speed.

Increasing the system’s bit capacity, contrary to expectations, does not give a performance increase in proportion to the increase in the capacity and possibly.

On the contrary, it will slow down due to the need to process longer addresses.

So, we consider 128-bit operating systems will not be appearing at your local computer store anytime soon.

But maybe you might work on a 128-bit operating system 10 years from now.

We’ll just have to wait and see.

Let’s get into the details of why that is so:

The main characteristic of a processor is its clock frequency. It is the number of cycles per second. But the bit capacity of the processor, in turn, determines the size of data processing per cycle, which the processor exchanges with the Random Access Memory (RAM).

Historically, an increase in processor bit capacity is associated more with increasing the address space, increasing the length and complexity of the executed instructions.

At the same time, the increase in the speed of processors due to this increase is not considered, probably due to the insignificance of this value.

In 1978, the era of x86 began with the creation of the Intel i8086 microprocessor. In the same year, the i8088 was developed; its primary difference was the 8-bit external data bus, which provided compatibility with the 8-bit binding and memory used earlier.

In 1982, Intel announced i80286, which is the second-generation 16-bit x86 compatible microprocessor. It is an improved version of the Intel 8086 processor.

The main advantages of the new processor are 3-6 times higher performance and additional addressing modes. However, its main attribute was its compatibility with existing software.

In 1985, Intel released the i80386, perhaps the most significant event in the history of x86 processors. It was revolutionary: a 32-bit multitasking processor with the ability to run multiple programs simultaneously.

The Intel 386 had significantly improved memory management over the i80286 and built-in multitasking, which enabled the Microsoft Windows and OS/2 operating system development.

In fact, until recently, most processors were nothing more than fast 386s.

A lot of modern software uses the same 386 architecture but works faster.

In 2002, Intel proposed a 64-bit architecture to replace the Intel processors with the AMD (AMD64). Intel presented a new designation EM64T (Extended Memory 64-Bit Technology), to keep up with their competitors.

Currently, both 32-bit and 64-bit processors are in use. Some clarification is needed here. In the designation of processor architectures, we meet the abbreviations x86 and x64.

With the transition to 64-bit architecture, the bit depth of the internal registers of 64-bit processors doubled (from 32- to 64-bits ). As a result, 32-bit x86 code commands got 64-bit counterparts.

In addition, due to the expansion of the address bus width, the amount of memory addressed by the processor has increased significantly.

One of the main differences between x86 and x64 systems is the use of the computer’s RAM.

When will the size of the RAM exceed this value?

The main disadvantage of x64 is that 64-bit programs use much more RAM to complete their work. Therefore, if you have only a little bit of RAM, it doesn’t make sense to install x64.

Besides, you need to consider that the operating system (OS) itself also uses part of the RAM.

The primary rationale for implementing a 64-bit architecture is the development of applications that need large address space.

The 4 GB RAM limit of 32-bit systems affect the performance of such resource-intensive programs.

When the application of a 64-bit architecture is more efficient:

Also, 64-bit processors allow you to process huge numbers efficiently. Computing with large numbers or high precision requirements is one of the strong points of the 64-bit architecture because even an ordinary floating-point number fits exactly into 64-bits. This feature is in demand in some particular operations, such as encryption or media coding.

The Bit Version of the Operating System

As we learned above, the bit capacity of the processor is primary. To choose the right OS, you need to know your processor’s bit rate and RAM amount. If you have an x64-bit processor and RAM that is more than 4 GB (ideally from 6 GB), it is definitely worth installing an x64-bit system.

If the amount of RAM in your system is precisely 4 GB, sometimes people will install an x64-bit system so they won’t lose half a gigabyte of memory. But, this is a fallacy because the x64 system uses more memory for its operation, which makes such an installation impractical.

When the amount of RAM does not exceed 4 GB, and the processor also operates in x32 mode, there is nothing left but to install the x32 OS.

What is the difference between x64? A 64-bit OS “sees” large amounts of memory, knows how to work with them, and allows you to run 64-bit applications.

For every bit you add to the OS architecture, we double the number of available addresses. Addresses are the number of combinations that you can form with a given number of bits. For example:

64-bit OS will also allow you to run regular 32-bit programs as well. Thus, you don’t need settings for this. It’s just that a 64-bit system has a subsystem for executing 32-bit applications.

Therefore, you can successfully install and work with both 32-bit and 64-bit applications. However, while 32-bit applications can run in a 64-bit OS, it doesn’t work the other way around!

The next technical point is that 64-bit operating systems require 64-bit drivers.

As a rule, all modern PC devices, laptops, and peripherals have two driver versions on the accompanying installation disc; that is, 32- and 64-bit. When working with modern devices, there should be no problems with this.

In computer science and computer technology, 128-bit is used to designate structures and data types, which occupy 128-bits of memory in the computer or 16 bytes of memory.

In 128-bit computer architectures, all the foundations such as registers, address buses, or data buses are 128-bits.

Researchers described the 128-bit multi-comparator in 1976. The design of a central processing unit (CPU) with 128-bit multimedia extensions appeared in 1999.

Unbeknownst to many of us, we are already using 128-bit modes. Yes, there are no mainstream general-purpose processors that can handle 16-bytes at a time.

However, 128-bit capacity has been present on the general market for at least fifteen years in a limited form. There have also been experimental and commercial developments even earlier, most notably the DEC VAX modifications.

The beginning was laid by the MMX/SSE “multimedia” instructions in the late 90s, manipulating 128-bits, albeit not as a single integer but divisible into several numbers. In the “zero-addressed” Transmeta Corporation thundered, the original chips used 128-bit to accelerate the translation and execution of the emulated machine code of other people’s processors.

Today the latest version of the most popular OS, MS Windows, will refuse to work on a computer whose processor and motherboard do not support the CMPXCHG16B assembler instruction, which operates with a 128-bit number.

Finally, many assistive technologies in mass computing use 16-byte math: memory in graphics cards, IPv6 addressing, ZFS (zettabyte file system). They all benefit if the central microprocessors go up to 128-bits.

Do You Need a 128-Bit Operating System?

Still, even for specialized supercomputers, this limitation can be overcome by other architectural changes beyond merely increasing the number of bits.

However, floating-point bit precision has little to do with operating system bits or memory size.

Benefits of Bit Growth on OSs and CPUs:

Jumping to 64-bits allows you to process numbers up to 64-bits in one arithmetic operation.

However, the need to work with numbers beyond two billion (32-bits) is infrequent. Thus, the real benefits of this innovation are possible for cryptography and serious scientific research.

Disadvantages of Bit Growth on OSs and CPUs: