This is about the difference between periodic and aperiodic signals.

Signals that are periodic return to their previous values after a specific time interval, while aperiodic signals do not.

If you want to know the difference between periodic and aperiodic signals in detail, this article is for you. 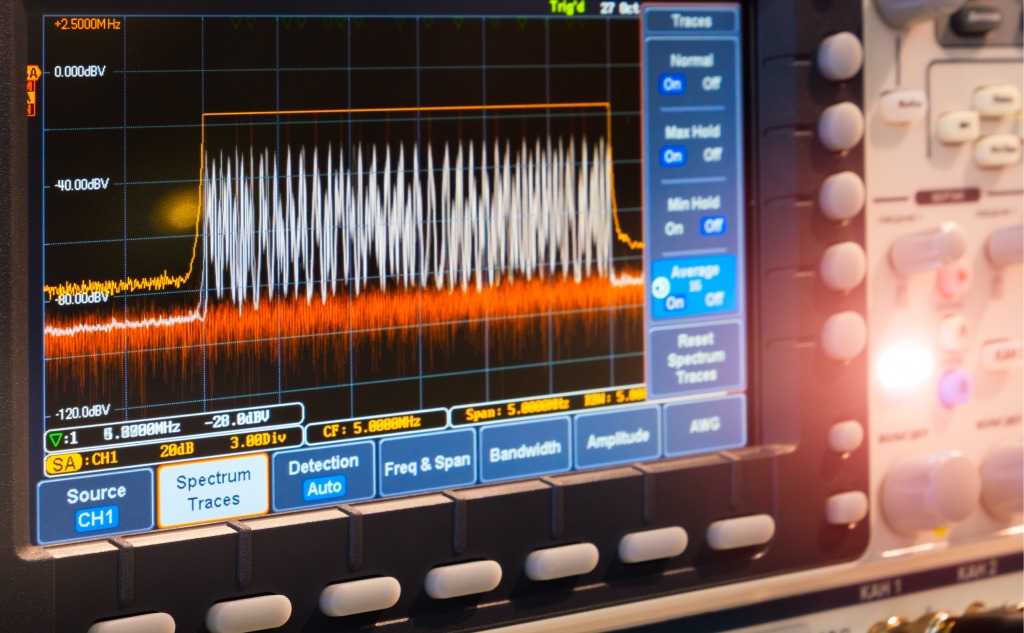 The Difference Between Periodic and Aperiodic Signals

Here we analyze what signals are, and the classification of signals by the assignment method; that is, regular, which is given by an analytical function, and irregular, sometimes referred to as random.

The former describes periodic phenomena and returns to their previous values ​​after a specific time interval. This condition is not valid for a non-periodic signal.

Simultaneously, any non-periodic signal can be considered periodic with a change period equal to infinity (which rarely happens) or equal to the considered time interval (often quite convenient).

This assumption means that we can use the spectral analysis method of periodic processes to describe non-periodic signals.

Let’s take a closer look at why that is:

A signal can be considered any change in an environment that also carries information that can be interpreted.

For example, the sound wave of your voice is actually fluctuating in air pressure.

When this fluctuation in air pressure reached the eardrum, this signal is converted into electrical impulses then sent to the brain to be interpreted there as information.

A signal’s perception allows us to be removed from any specific physical nature of that signal, such as current, voltage, or acoustic wave.

It also allows us to consider the physical context of the phenomena associated with encoding information and extract it from signals that are usually distorted by noise; that is, elements not considered required information.

In research, a signal often is a function of time, the parameters of which can carry the necessary information.

The way of recording this function and recording interfering noise is called the mathematical model of the signal.

Signals differ in many ways:

One common property common to all signals is the ability to carry information.

You can generate a signal, but its reception is not required, unlike a message designed to be accepted by the receiving party.

In radio engineering, an alternative to a signal that carries valuable information is noise, usually a random function of time, interacting, for example, by combining with the signal and distorting it.

By the physical nature of the information carrier, signals can be:

The signal can be set as:

A random (stochastic) signal is a function of time, the values ​​of which are not known in advance and can be predicted only with a certain probability.

A random signal reflects an unexpected physical phenomenon or a physical process, and you will not see the signal during repeated experiments if you registered it in a single observation.

An explicit mathematical dependence cannot describe it. Only one of the possible variants (outcomes) of a random process appears when you register a random signal somehow.

You can make a sufficiently complete and accurate description of the process as a whole only after repeated repetition of observations and calculating specific statistical characteristics of the ensemble of signal realizations.

Random signals are signals whose instantaneous values ​​(unlike deterministic signals) are unknown. Still, you can predict it with a certain level of probability, between zero and one.

The characteristics of such signals are statistical. That is, they have a probabilistic form.

The main statistical characteristics of random signals are the law of distribution of the probability of finding the signal value in a specific range of values ​​and the signal power’s spectral distribution.

A separate category of signals is noise and interference. These are signals that distort the signal of interest. Strictly speaking, they are not signals in the original definition since they do not carry any useful information.

But at the same time, they are often called signals because they have a dependence on the same independent variable as the primary signal and are also generated by physical processes.

Suppose a mathematical model allows you to determine a signal’s value accurately, such a model. In that case, such a signal is called deterministic or regular.

In turn, deterministic signals can be:

We will discuss them further.

In practice, we often have to deal with repeated phenomena in the same form after a particular time.

Signals characterizing periodic phenomena return to their previous values ​​after a specified time interval. Such phenomena and signals are called periodic. Periodic functions describe that kind of signal.

The periodic signal’s main feature is that its values ​​are periodically repeated and that this periodicity exists forever.

There are no periodic phenomena and signals in the strict sense and cannot be since an actual signal cannot last forever.

However, a periodic function is a handy mathematical abstraction that makes the theoretical analysis of signals easier.

For example, when expanding a signal into a Fourier series, we assume that our signal is periodic. Of course, this assumption may not be correct. Still, we often consider the signal not whole but at a particular time interval.

If this is the case, we can consider our signal to be periodic with a period equal to the considered time interval.

Harmonic and polyharmonic are types of periodic signals. The simplest form of a periodic signal is a harmonic signal or sinusoid characterized by amplitude, period, and initial phase.

All other signals will be non-harmonic or non-sinusoidal. It can be shown and in practice proves that if the input signal of the power supply is periodic, then all other currents and voltages in each branch (output signals) will also be periodic.

In this case, the waveforms in different branches will differ from each other. Thus, we can generate a periodic signal by periodically repeating pulses.

Polyharmonic signals constitute the most widespread group of periodic signals. Therefore, we can describe them as the sum of harmonic oscillations.

Polyharmonic signals are the sum of a specific constant component and a certain number of harmonic components with arbitrary amplitudes and phases.

In this case, the periods of the signals’ components are multiples of the fundamental frequency period.

In other words, a multiple of the periods of all harmonics fits on the period of the fundamental frequency, which creates the frequency of signal repetition.

Informational parameters of a polyharmonic signal can be both certain features of the waveform (swing from minimum to maximum, extreme deviation from the mean, etc.) and specific harmonics’ parameters in this signal. For example, for rectangular pulses, information parameters can be:

Almost periodic signals are similar in shape to polyharmonic ones. They also represent the sum of two or more harmonic signals (in the limit to infinity), but not multiples.

Still, with arbitrary frequencies, the ratios (at least two frequencies) do not refer to rational numbers. This is because the entire period of the total oscillations is infinite.

As a rule, almost periodic signals are generated by physical processes unrelated to each other. Therefore, the mathematical display of signals is identical to polyharmonic signals (the sum of harmonics). The frequency spectrum is also discrete.

Pulse signals also belong to aperiodic signals. These are widely used in radio engineering and in certain industries.

Scientists often consider them a separate class of signals. Pulses are signals of a specific and relatively simple form that exist within finite time intervals.

The fact that a signal of an arbitrary shape can be “decomposed” into the sum of ordinary sinusoids was first verified in the 1920s by the French mathematician Jean-Batiste Joseph Fourier.

Fourier, in his research, established that a trigonometric series could represent an arbitrary (continuous) function.

He used his methods (Fourier series and integrals) in the theory of heat propagation. But his theory soon became a potent tool for the mathematical study of a wide variety of problems, especially waves and fluctuations. This theory can be applied to a vast number of field so study including, but not limited to:

The decomposing signals in a Fourier series allow you to describe an investigated signal as a harmonic sum.

It is always possible to select several harmonic (i.e., sinusoidal) signals with such amplitudes, frequencies, and initial phases. Then, the algebraic sum of values of these at any moment is equal to the value of the investigated non-sinusoidal signal.

The set of harmonic components that form a non-sinusoidal signal is called the spectrum of this non-harmonic signal.

Each signal (differing from others in shape) has its own purely individual spectrum. That is, we can obtain this only from sinusoids with strictly defined frequencies and amplitudes.

From this set of harmonics, the amplitude and phase spectrum are isolated and distinguished.

An amplitude spectrum is a set of amplitudes of all harmonics, which we can show by a diagram as a set of vertical lines, the lengths of which are proportional (on a selected scale) to the amplitude values ​​of the harmonic components.

These lines on the horizontal axis points are the frequency (harmonic number) of this component. Similarly, considering the phase spectra as a set of initial phases of harmonics, they are also drawn to scale as a set of vertical lines.

We can consider any non-periodic signal as a periodic one, the period of which is equal to infinity.

In this regard, the spectral analysis of periodic processes can be generalized to a non-periodic signal.

Any physically realizable signal with finite energy is necessarily limited in time.

In other words, the function representing such a signal is integrable. In this regard, we can express the non-periodic signal by a modified periodic signal formula.

The modification consists of equating the oscillation period to infinity and the following mathematical transformations.