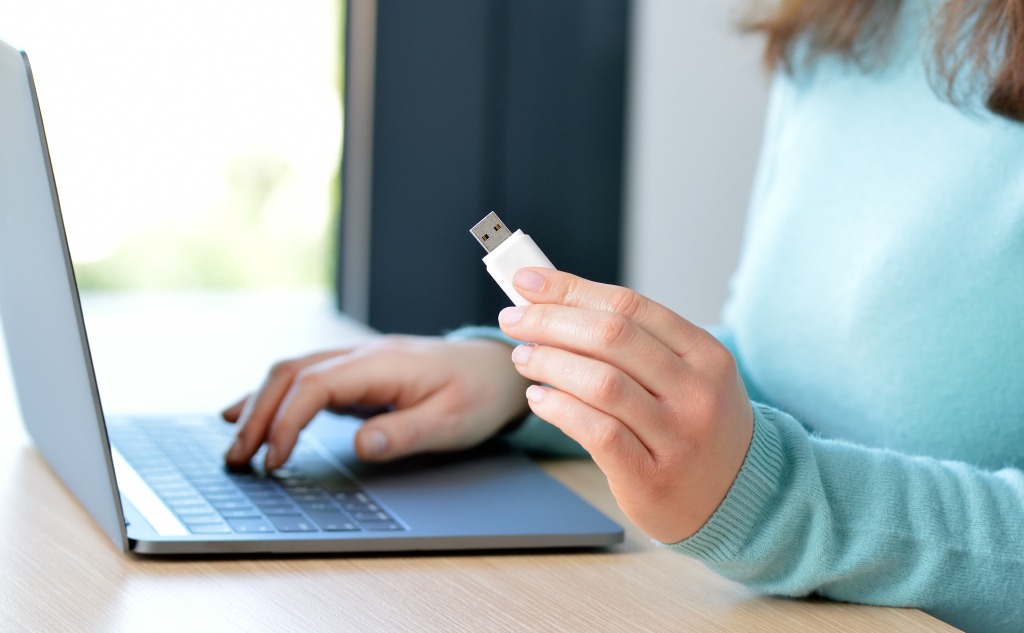 This is about the best format for a bootable USB drive.

So if you want to learn what each format is and which one is the best, the’re in the right place.

Which Format Is Better for a Bootable USB Drive: Fat32, NTFS, or ExFAT?

If you’re like most computer users, you probably take file systems for granted. It’s common because the concept can be confusing and a little convoluted since you have so many options, and it’s challenging to keep track of them.

Of course, when you want to transfer files to a new device, knowing the basics can be a lifesaver. If you want to keep your files readable, which format is better for a bootable USB drive:

What Is a Bootable USB Drive?

Bootable USB drives, also known as a live USB, is a flash drive or external hard disk drive that houses a complete operating system that you can boot up.

Technicians initially used live USBs to correct booting issues and some other malfunctions. The live USBs served as an alternative to live CDs for repairs.

There are three primary reasons to use a bootable USB drive, including the lack of CD drives in many modern computers.

Currently, there’s no perfect system, so bootable USB drives have some limitations to consider.

Your operating system is the software that manages your computer’s hardware, software resources, and computer programs. Essentially, it makes your computer run and do all the fun tasks you like to perform.

The file system is the method used to store and retrieve data. It’s basically an organizational system that helps your computer function.

The Most Common File Systems and How They Differ

Though you could find other file systems to use, your best bets are bootable USB NTFS, FAT32, or FATex.

FAT32 emerged as an update from Microsoft in 1996 with the Windows 95 release. The new file system included a larger memory footprint and used a 32-bit number system.

FAT stands for file allocation table. Initially, the file system worked with floppy disks as an 8-Bit FAT, but the file system evolved to keep up with technological advancements.

Subsequent variations include FAT12 and FAT16, with the number representing the disk drive capacity.

New Technology File System, commonly referred to as NTFS, is another brainchild from Microsoft.

NTFS bootable USB drives support non-Windows systems, including Linux and macOS. Of note, macOS can read but not write to NTFS formatted drives.

With NTFS bootable USB drives, you get metadata support and improved data structure.

NTFS file systems can handle individual files larger than you would find on current commercial drives. The single-volume size limit is 16 EB (exabytes), so space isn’t an issue.

Extensible File Allocation Table, or exFat, also known as FATex, emerged as a file system with Windows in November 2006. In 2019, exFAT technical specifications went public for use in other operating systems.

When NTFS isn’t an option and FAT32 doesn’t provide enough space, exFAT fills the gap. Think of it as more powerful than the FAT32 but less muscle than the NTFS file system. It’s also supported in multiple media devices, including TVs and portable devices.

You can manage up to 64 ZB (zettabytes) with an exFAT bootable USB, though they aren’t supported on as many devices as NTFS file systems.

Though FAT32, NTFS, and FATex remain the most common file systems for bootable USB drives, they aren’t the only ones.

For anybody who works with alternate operating systems, like Linux and macOS, you will encounter alternatives.

What to Use with Your Operating System

Now that you have the basics, you might be wondering which file system works best with your operating system. So, here we go!

Choosing Windows bootable USB NTFS or FAT32 or FATex comes down to size and function.

Compare the file system capabilities against the size of your files and operating system.

You may also want to consider the default setting for your system.

Windows XP initially supported exFAT (FATex), but NTFS has more features. You can use any of these Windows file systems, but expect NTFS to transfer faster and perform better with large volumes.

NTFS or FAT32 or FATex for bootable USB Windows 7 and Windows 10?

Since NTFS is the default file system for bootable USB Windows 10, switching to FAT32 or FATex could be seen as a step back. It also involves a lot of legwork on your part, so it may not be worthwhile.

You may not want to hear this, but Linux operating systems have unique file systems, so if you don’t need Windows compatibility, it may not be your best option to create a bootable USB with any of these options.

If you have to choose between a Linux bootable USB NTFS or FAT32 or FATex, it depends on how much space you need. Since FAT32 has significant file size limitations, it may not be enough.

You may run into some issues with some of the Ubuntu Linux partitions and abilities, but technically you can use any of these file systems. Just make sure you check the capacity on the drive against your system first.

Many users don’t recommend creating a bootable USB with Kali Linux systems because of the complexity. Kali Linux partitions information making it too complicated for the current bootable USB technology.

However, like other Linux operating systems, Mint works best with Linux file systems.

How to Create a Bootable USB Drive

Creating a bootable USB drive is simpler than you might think. There are two easy ways to prep a flash drive.

How to Format Using Your Computer

For Windows, the bootable USB must be FAT32 or NTFS or FATex, though the default is usually NTFS.

With Linux systems, you would have alternate options, but if you want it to be Windows compatible, you need to choose one of the three Windows-based options:

That’s all you have to do! It may take a few minutes, but your computer will notify you when the drive is ready to use.

What Is Rufus, and How to Use It

Rufus, the Reliable USB Formatting Utility with Source is another option for creating and formatting live USB drives. It’s a free, open-source app for Windows but doesn’t work with OS operating systems.

First released in 2011, Rufus only worked with MS-DOS. However, updates expanded capabilities to include FreeDOS and ISO image support.

You can use the software with Linux and Windows to create Rufus FAT32 or NTFS or FATex files systems.

You just need to download the software, install the USB, and follow the prompts. As a bonus, Rufus automatically detects your device.

In case you need it, Rufus offers extensive support and has a detailed FAQ page.