Here’s is whether someone can use your phone number to send text messages or make calls.

The short answer: yes. This is called Spoofing.

So if you want to know all about Spoofing, then this article is for you. 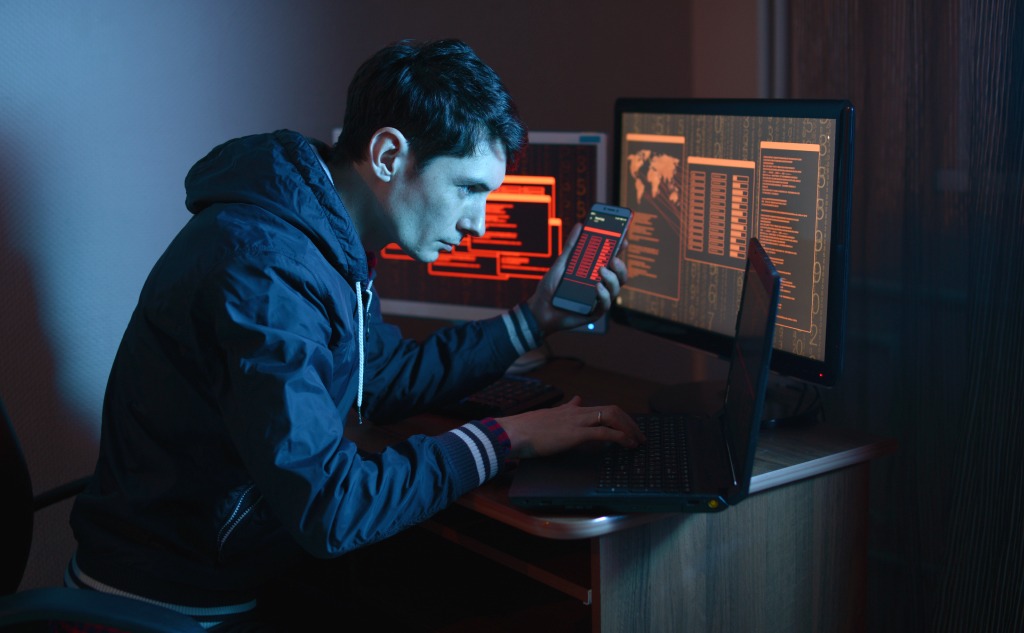 Your Phone Number Is Used to Send Texts and Make Calls

Have you ever received phone calls only to have your number show up on your caller ID?

Or, have you ever received calls from people stating that your number showed up on their caller ID as having called them? The practice is known as phone number spoofing.

Just as it can be used for scammers to make phone calls, it can also be used for the purpose of texting. So the answer to the question, “Can someone send texts from my phone?” Is “Yes.”

Well, in a way. The practice, when done with text messages, is known as SMS spoofing. It’s not that the other person is sending an SMS text message from your specific phone. Instead, they are sending a message that appears to come from your phone and phone number.

How Does Text Message Spoofing Work?

While this article discusses texting, specifically, Spoofing isn’t isolated to SMS messaging. In fact, it can be used in a variety of methods, including:

Even worse, it is fairly simple to do for those who have access to the right technology. There are various mobile apps that make spoofing easy.

Some apps only require an internet connection to work. They allow scammers to make anonymous texts using other phone numbers or caller ID information.

Some services do require users to create an account and to pay for the service.

Paid services help you track people who have spoofed your number and may provide evidence should you need to prove the messages didn’t originate from your phone or if you take the scammers to court.

What Equipment Do Scammers Need to Spoof Phone Numbers?

You may think that the only thing scammers really need to spoof your number is the right app and a cell phone. While that is sometimes the case, it isn’t always. In fact, no phone is required at all to send spam messages far and wide.

Spoofing can be done with almost any equipment such as:

Spoofing works on all platforms, including iOS, Android, Windows computers, and more.

Some scammers even make calls, and text messages appear as if they are coming from legitimate businesses, like your bank or credit card company, even using their name and phone number to make it look like they are the caller or sender.

Unfortunately, they don’t do this for noble purposes. In many cases, it is an attempt to send spam text messages without facing the repercussions of doing so.

In fact, many people use fake spam messages to do one or more of the following.

Spoofing done for these purposes may be illegal, depending on the circumstances. If so, scammers may face criminal penalties. Unfortunately, this remains a legal gray area despite the wide proliferation of these attacks.

There are no state or federal criminal laws in place that protect individuals from harassment, stalking, and violence via Spoofing.

However, you can bring civil charges against someone who does this to you. Some states provide greater protection than others, though, so check with the laws in your state to see what your legal options happen to be.

Can You Prevent SMS Message Spoofing From Your Phone Number?

The sad truth is that there isn’t a foolproof method to protect yourself from spoofing.

Nothing will work 100% of the time. The good news, though, is that there are things you can do to protect yourself.

One of those things is to download SMS blockers. This might not prevent your number from being spoofed. But it can help you avoid becoming a victim of SMS text message scams that are so abundant these days.

Occasionally, there are consequences for Spoofing. According to the FCC, one scammer is facing a potential $225 million fine for making false claims via nearly 1 billion robocalls, many of which used illegally spoofed phone numbers.

The other thing you can do is to report all suspicious activity and to take anyone who uses spoofing to harass, promote violence, or otherwise attack you to court.

Even if you can’t file criminal charges and put them in jail for their actions, the cost of mounting a legal defense for a civil trial can be a fairly significant deterrent.

Finally, don’t forget to use your cellular provider as a first line of defense against Spoofing. Ask them about message blocking tools to help protect you from harassment and scams. This can be instrumental in preventing you from becoming a victim, though, once again, nothing is 100% effective or foolproof for preventing these spam messages from getting through.

Prevention is the Best Cure But Sometimes Not Enough

Going to court when someone spoofs your number or other numbers in an attempt to harass or defraud you.

An added benefit for going to court in the event of abusive behavior is that you can ask the court to issue a protective order preventing the abuser from contacting you from their number or ANY OTHER NUMBER. This means Spoofing will no longer be an effective tool for their continued harassment of you.

Another option, though not at all pleasant for many people, is to change your phone number and be extremely judicious in who you share that number with. That means the following:

These tips can be helpful for your efforts to avoid becoming a victim of text message scams.