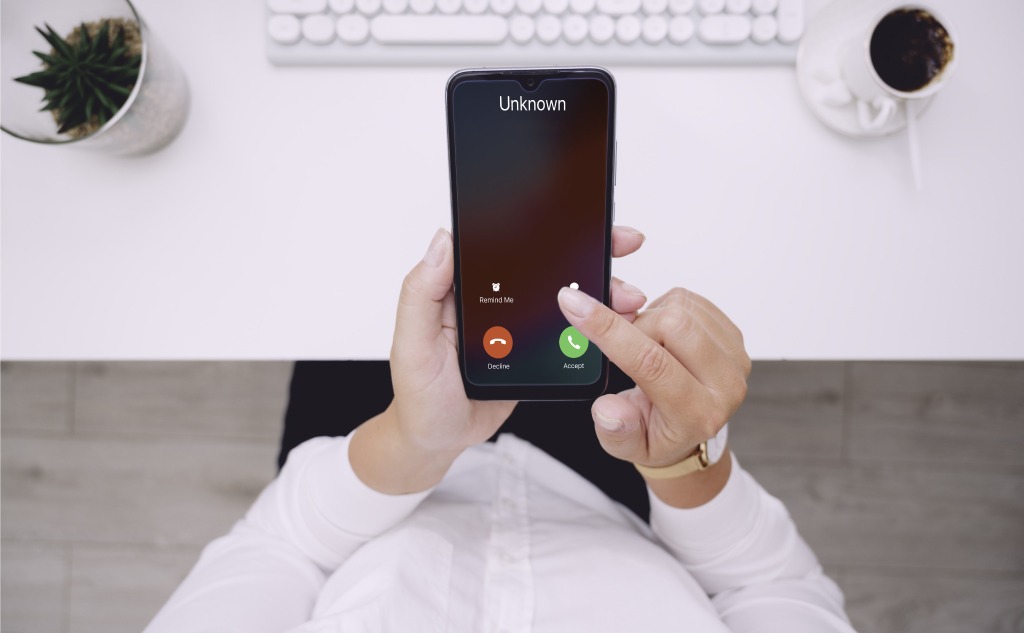 This is whether you should answer unknown numbers.

It depends on the situation, but in general, you should not answer an unknown caller.

So if you want to know if you should answer an unknown number in your case, you’re in the right place.

It feels like everyone grumbles these days about getting spam calls to their phones—but is it really “everyone”? The answer is yes.

In fact, according to Pew Research, eight out of every ten Americans has stopped answering their phone when they get a call from a number they don’t recognize.

The FCC has made it very clear that you should let calls from unknown numbers go to voicemail in order to avoid scammers. If it’s someone important to you, they will leave a message indicating how you can follow up. Otherwise, you run the risk of picking up scam calls.

There is data that shows a seasonality to scammer calls, with a notable surge around the winter holidays. This is believed to be linked to the anxiety consumers have around carrying more debt as they do their holiday shopping.

Scammers claiming to be creditors or debt relief programs swoop in and prey on people who are anxious.

What Should I Do if I Picked up a Call From an Unknown Number?

Hang up immediately for several reasons.

Scammers are often testing phone numbers to see if they are currently owned by someone actively using them.

Picking up a scammer call will likely open you up for more spam calls in the future. This is why the best and safest option is simply not to pick up in the first place.

But if you do pick up, sometimes scammers will ask you to do things like hit a key to keep listening, which is really just a trick.

Targets who respond to prompts are definitely live numbers. Scammers can then sell your phone number on lists or move on to more nefarious things like stealing your identity.

Who Is Calling From an Unknown Number?

There are actually two things people may be referring to when they say they received a call from an “unknown number.”

On the one hand, they might be receiving a phone call from a number they don’t recognize. It is slightly promising that you can likely call the number back, although some scammers may imitate other phone numbers (which is known as “spoofing”). These are illegal callers.

In that case, you would call the number back, and the person on the other line would have no idea what you’re talking about—since they didn’t call you. The scammer did.

On their website, the FCC regularly posts updates on actions they have taken against illegal calls. On this page, the FCC also posts alerts regarding trending scams in communication, whether on the phone, via email, or otherwise. It is worth familiarizing yourself with their resources so that you can stay up to date and safe against the next big scam.

On the other hand, saying you received a call from an unknown number might mean that the text “Unknown Number” (or some variation of that) appeared on your caller ID as you received the call. This happens when someone dials *67 to mask their number.

The second type of caller is even more likely to be a scammer. These unidentified callers are phoning in as an unknown number so that you are less empowered to hunt down their false identity. These anonymous calls could be legitimate, but the likelihood is low.

What Are the Risks if I Answered an Unknown Number?

We mentioned earlier that identity theft is a risk, but exactly how does a call from an unknown number open you up to identity theft?

For starters, if scammers get a recording of your voice, they might be able to use it to impersonate you. This is one motive behind the questions they ask, which very often start out with ones that warrant simple “yes” or “no” answers.

For example, if the scammer is trying to get a fraudulent credit card charge through, they may use that recording of your voice in order to confirm the transaction with the financial provider.

Of course, this identity theft can get much, much worse. Scammers have been known to dupe people on the phone into thinking that they are legitimate businesses or even government agencies calling.

In this way, scammers have been able to con people into giving their personal details, such as their Social Security number, or even financial information like their credit card number.

Get very suspicious anytime someone asks you for personal information, but particularly if it was an unsolicited call.

How Can I Safely Use the Phone?

The best way to keep yourself safe starts with only answering phone numbers that you recognize. Even if you recognize a business is calling you, generally speaking, you will know to expect their call; an unsolicited call from a business warrant heightened caution.

Even if a business calls you and seems legitimate, the safest thing to do is to tell them you will call right back. Hang up, then call the number you know is associated with their business, and follow any prompts you need to get routed to the right person.

If you get spam calls frequently, whether from known or unknown numbers, reporting the incoming phone calls as spam (most mobile devices allow you to do this).

Talk to your service provider about the types of steps you can take to reduce spam, as they may have some tools specifically designated for their customers.

Don’t Forget About Your Voicemail

Make sure you set a password for your voicemail account. If you don’t, scammers can imitate your phone number and con their way into your messages, from where they can extract personal information.

Keeping in mind the voice recording point from before, it might make sense to leave the default recording in place for your voicemail account. Give scammers as little room to tap into your identity as possible.