Here’s what happens when you buy something online in a different currency:

If you buy something online in a different currency, digital systems usually automate any exchanges that are necessary to complete the transaction.

They typically choose the median exchange rate at the time of the purchase.

Also, foreign transaction fees are often applied, with some exceptions.

So if you want to learn all about how currency exchanges work for online purchases, then this article is for you. 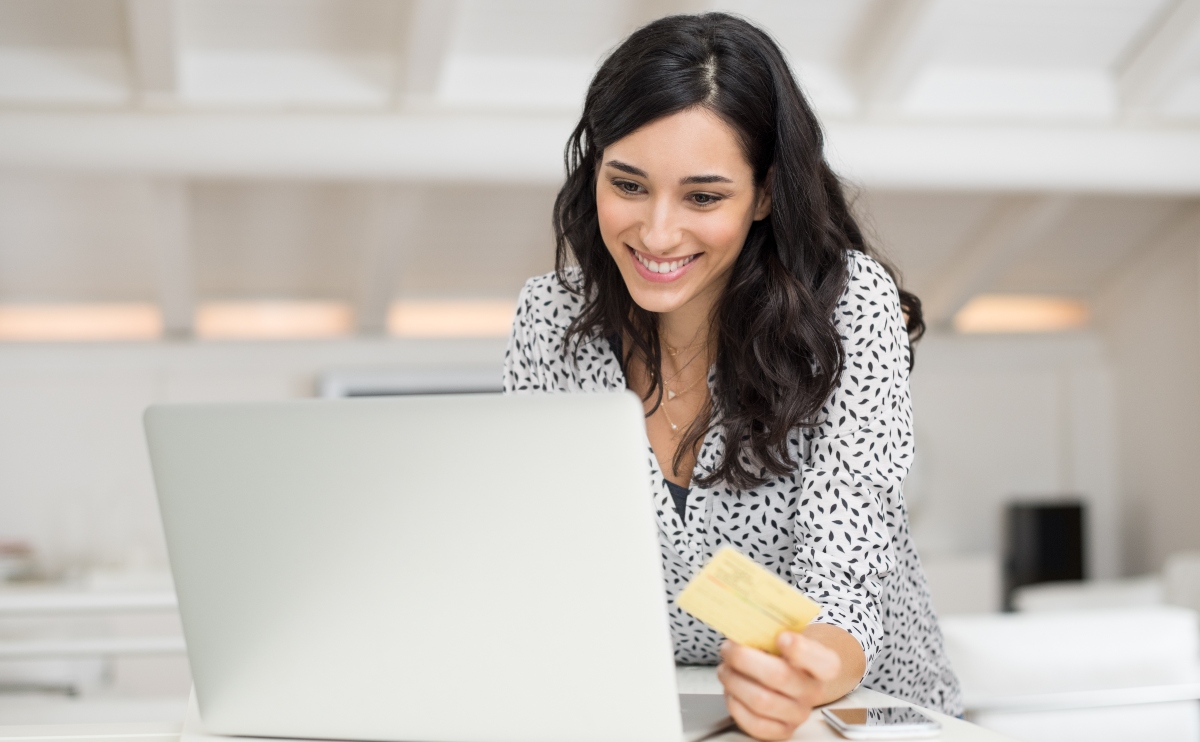 Is the Currency Converted When Ordering Online?

If a website accepts your credit or debit card (which I’ll lump together as just a credit card moving forward), then the digital system will automatically handle any currency conversions.

I’m about to get pretty deep into this, so this is the fast, easy takeaway.

How Do Currency Exchanges Work When Buying Online?

As a user, you see a price, and you make the purchase.

More or less, what you see is what you get.

If the site is already showing you the price in your currency, then that’s what you pay (although additional taxes and fees will sometimes come up).

If the price isn’t in your currency, then you should probably look up the conversion rates to see how much it’s really going to cost.

Under the hood, things are a lot more complicated.

The software is automatically checking exchange rates and then completing the exchange.

What this ultimately means is that your currency is sold to an exchanger for the new currency.

Once that exchange happens, the correct currency is paid to the merchant who sold you whatever you just bought.

This means that a middle man of sorts is required for these transactions to complete.

There’s no way around it.

What’s more, is that exchange rates are in constant flux.

So, when you’re shopping, you might look up the exchange rate to see how much the thing costs in your own currency.

But, when the automated conversion happens, it uses a different rate.

This isn’t a scam or a trick.

In reality, there is no single exchange rate.

Instead, people and businesses that work in the exchange space are constantly haggling with each other to try to get the best rates.

So, when you look up an exchange rate, there are actually a bunch of active rates at that moment.

The automated system that is handling your online purchase will typically use the mid-rate at that moment.

In other words, it looks at the full list of active exchange rates and picks the one in the middle.

Even doing this, the mid-rate can change from one minute to the next.

You can expect your effective exchange rate to be close to the number you looked up, but it will probably be subtly different.

There’s another issue at play in the middle of all of this.

Exchange rates are not two-way.

Sometimes it is cheaper to buy a given currency than it is to sell that same currency.

Let’s say that you need to convert USD to Euros for online purchases.

These exchange rates are based on supply and demand.

So, it’s possible that there are more people trying to convert USD to Euro than the other way around.

If that’s the case, then the rate of USD to Euros will actually be different from the rate of Euros to USD.

That sounds weird, but if you’re competing with more people to sell your USD, then you might have to take a slightly worse rate to complete the transaction.

Meanwhile, the person trading Euros into USD gets a better rate than you do.

It’s a basic result of competition.

But, even this aspect of exchanging currency is volatile.

There is not always a favorable exchange direction, and even if there is, it can switch at a given moment.

The point behind all of this is that exchange rates are complicated and change a lot.

You can easily get the gist of the rate, but pinning it down exactly is quite difficult.

So, when the automated system is handling this, it just aims for an exact middle as best it can to try to remain as fair as possible.

What About Exchange Fees?

Because of that, it might not surprise you to learn that there are often fees involved with the process.

In some cases, fees are tied to laws and/or trade agreements. That will depend on the country, but in some places, exchange rates and transactions are directly controlled by the government.

The government might assign an exchange fee in those places.

Most of the time, though, fees are assessed by whoever conducts the exchange.

Basically, money brokers who specialize in currency conversion make their money through these fees, so they’re definitely going to charge you.

But, I told you that digital conversions are automatic.

So, is a broker really needed?

That means that the conversion involves the process of literally buying digital cash from another party.

So, if you’re using a Visa card to pay for the purchase, Visa is going to facilitate that exchange.

But, Visa gets charged to complete the exchange, and they typically pass that fee on to you.

That said, you will find circumstances where there is no exchange fee.

The Apple credit card famously brags about this.

What’s happening here is that the credit card agreement is choosing not to pass the fees on to you.

For any number of countless reasons, the business has decided that it’s worth eating the cost of the fees for the sake of the service.

Long story short, check with your credit card to see what fees apply to foreign transactions.

Are There Times When Currency Isn’t Converted?

We just spent a lot of time on converting currency, but there are actually cases where the merchant you’re buying from won’t actually convert the money.

This can happen in special circumstances or with very large international companies.

The idea is that the merchant regularly works with both currencies involved in the transaction.

Let’s stick with USD and Euros to keep the examples simple.

Plenty of companies regularly handle huge amounts of cash in both currencies.

So, if you’re doing a USD-Euro purchase, that company doesn’t actually have to exchange the currency.

They still have to do a price conversion, but they don’t need to convert the money to pay themselves.

The idea is that they already have money management systems in place for both currencies, so they don’t really care which is used to pay them.

They simply transfer the money to the right account, and it’s all fine.

Here’s what that means from an end-user perspective.

Let’s say you’re in the US and purchasing something from Europe.

You’ll see a price in Euros, but you’re paying with your American card.

The business accepts USD, so no exchange is necessary.

But, you’re not sure what the price really is in terms of USD.

So, the automated system will do a price conversion to see how many dollars you should be charged for the item.

But, behind the scenes, your dollars aren’t used to purchase Euros.

Instead, the correct number of dollars is given to the merchant, and they’re fine with that because they already operate with USD on a regular basis.

If it’s still not clear, you can think of an analogy using cash.

Let’s say you’re from the US and you’re at the airport in Germany.

You want to buy a snack with cash, and you only have USD on you.

If they do, there is no middle man doing a currency exchange.

Instead, you’re paying in USD, and they’re fine with that.

But, in order to figure out how many dollars it takes to buy the snack, you do the price conversion.

You and the vendor look up the rate and agree on how many dollars equal a Euro.

No exchange fees are needed in that process because the money itself wasn’t actually converted.

Ok. I think we’ve covered how exchanges and fees work pretty well, but what if you’re not using a credit card?

PayPal can handle a lot of online purchases.

It also automatically converts pricing so that buyers and sellers are on the same page with any exchange rates.

This actually works in both directions.

You can use PayPal to purchase things internationally.

As a seller, you can also accept foreign PayPal accounts if you want.

In practice, it feels a lot like using a credit card, and yes, fees will be applied to the exchange.

What About Cash App?

Cash App is a little different, but can you send money to someone in another country?

What happens if you do?

Cash App is pretty much the same story.

The site doesn’t explain if there are exchange fees, so you might want to keep an eye on that.

But, the app does automate exchanges.

What About Gift Cards?

There’s one other way to buy things online.

You can also use gift cards. So how does that work internationally?

When eligible, gift cards will also automatically convert to the needed conversion.

Ultimately, this comes down to the individual card.

A gift card for your local diner might not have any international viability.