Here’s how to fix a blinking monitor light:

Fixing a blinking monitor light can involve a lot of different possibilities and steps.

The goal is to isolate the root of the problem and then make your repairs based on that isolation.

In order to do that, you can test the monitor, cables, and any adapters with a computer you know is working to try to root it out.

So if you want to learn all about how to fix a blinking monitor light, then this article is for you. 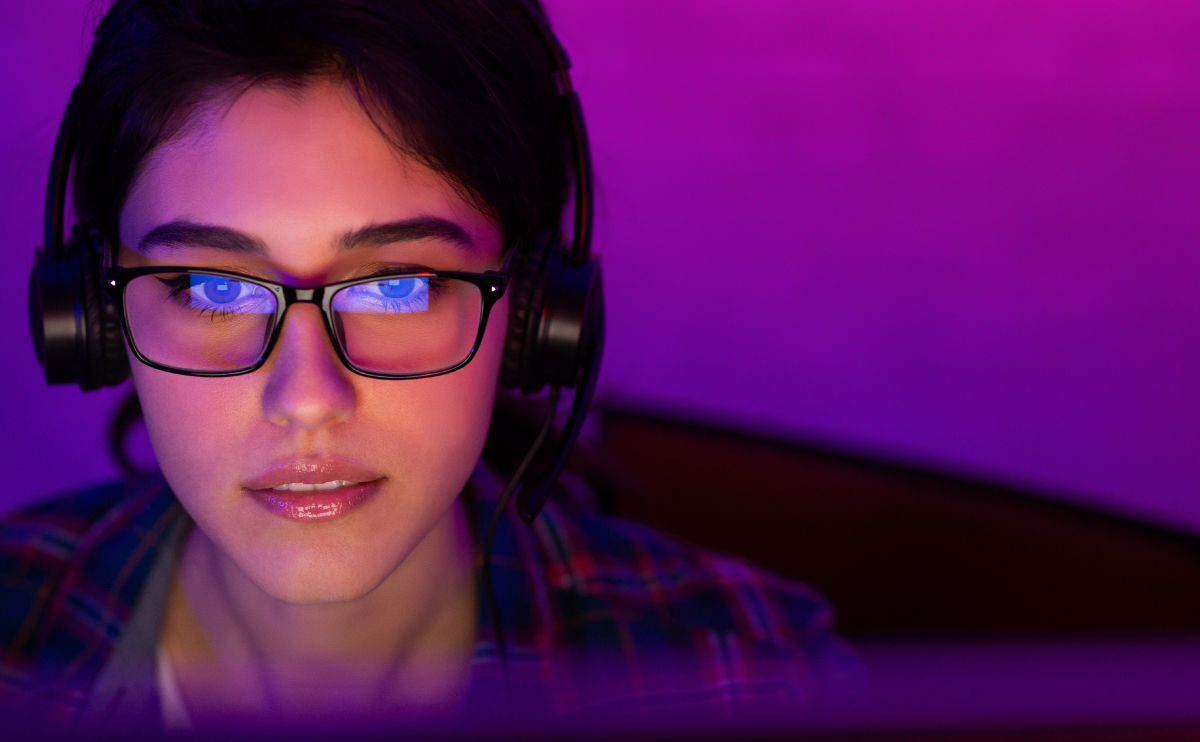 What Does a Blinking Monitor Light Mean? (3 Meanings)

Before it’s possible to break down diagnostics and repair options, it’s necessary to clarify a few things.

A “blinking monitor light” can actually refer to a few different lights in a computer setup.

Most monitors have a power indicator light. If it’s blinking, that could tell you a lot of things.

Most manufacturers use blink codes to help identify problems (more on this in a bit), and those codes are often found via the power indicator light.

But that’s not the only light that can blink.

The entire backlight system for the monitor might blink or flash, and that’s an entirely different issue.

Additionally, monitors can have other lights, and any of them can blink too.

In order to keep this all focused, let’s look at the power indicator light and a flashing backlight separately.

If other lights are blinking, that’s going to be extremely specific to the model and brand of the monitor. It’s best to look that up directly.

Everything below will be a bit more general.

Let’s start with blink codes. It’s pretty common on modern electronic devices to use blink codes to signal when problems are detected.

With monitors, the light that usually blinks is the power light, which is usually somewhere close to the power button for the monitor. If that light is blinking, it’s definitely telling you something.

In order to understand the specific blink code, you’ll need to look it up for your make and model of monitor, but before you do, there are a few themes that can help you understand the code.

The most common code is going to tell you that there is no detected video signal.

If you turn off your computer but leave your monitor on, you’ll probably see blinking, and that’s what it is trying to tell you.

Other codes are less common. They can identify circuitry errors, signal problems, and any number of other issues.

If a code identifies your problem, then the path to resolution will be that much easier.

#2 No Display and a Blinking Power Light

What if the power button is blinking but isn’t throwing a specific code?

Not all monitors have blink codes, and even when they do, not all problems can be self-identified and reported using those codes.

If you have no display and a blinking power light (that doesn’t match any codes you can look up), then you know a few things from this.

First, you know that the device is receiving power. That’s necessary for the light to blink. You can also test the power button to see if you can get the blinking light to stop and start again.

In most cases, this is related to a video feed problem.

One way or another, the computer (or other device) isn’t sending a video signal that the monitor can recognize.

It’s also possible that the monitor is having internal trouble, but that is less likely.

If there is an internal problem and no blink code, the power light will usually stay solid or not come on at all.

Your best starting point is to look into the video feed first (which is discussed in the resolution section).

If the blinking light is not a power indicator but instead the monitor backlight, then you have a completely different set of issues to consider.

Essentially, there are three possible problems.

The first issue is that the monitor itself is malfunctioning and cannot create a proper display.

There are a lot of components that can contribute to this, including power issues, capacitor problems, hardware controllers, and more.

Suffice it to say that any of these problems would require a physical repair of the monitor (or a replacement).

The second issue could be stemming from the video feed.

A monitor needs a source of video in order to have something to display.

If the video output from the computer (or other device) is not right, it could cause your backlight to flash on and off.

More often, you would see a distorted image, but there are hardware and software problems with a computer that could lead to this scenario.

The best way to see if this is the problem is to connect the monitor to a computer that is definitely working.

The third possibility is that you have an issue with adapters.

If you need an adapter to connect the monitor to the computer, the adapter itself can cause this type of blinking.

You can test adapters the same way. Use known-good adapters or try to connect the monitor to a computer that doesn’t require an adapter.

What Is the Easiest Color on the Eye on a Monitor?

Ever wondered what’s the easiest color on the eye on a computer screen?

Then you’re in the right place.

Colors in the middle of the visible spectrum are easy on the eyes.

Examples are red, orange, and yellow.

Blue is the most difficult color to look at.

Blue light is a primary color that tends to flicker more frequently than other primary colors such as oranges or reds, and its wavelengths reach farther into the eye.

Learn all about the easiest color on your eyes on a monitor here.

How Can You Fix the Blinking Monitor Light? (6 Ways)

Once you have identified the source of the problem, then it’s not so much trouble to fix it.

Blink codes and the explanations above can help you narrow down the most common reasons that you get a blinking light.

In the next sections, we’ll go over additional troubleshooting and the steps you can take to resolve each of these most-common problems.

Especially if your monitor is black with a blinking power light, try checking all of the cables. If one is even loose, it could be the problem.

You see, the blinking power light requires less electricity than running the whole display on the monitor.

So it is possible that the device is not getting enough power to run properly.

It’s also possible that part of the internal circuitry was damaged, so the light is getting power, but the rest isn’t.

The easy test is to try to use good cables. You can switch the power supplies, power strips, and outlets involved too.

The goal is to start by making sure the monitor and the connected computer have a good source of electricity in order to function.

Let’s stop and emphasize that point.

The very most common reason you’ll see a blank monitor with a blinking light is that there is no video feed.

Make sure the computer has power, is on, and is connected properly to the monitor. If that’s not the problem, checking cables is still the best place to start.

While this is the first step, it’s not going to fix the majority of problems associated with a blinking light.

You just want to make sure that you resolve power issues before you get into more complicated troubleshooting steps.

It’s possible that the monitor or the computer is using incorrect video settings and causing the issue that you see.

For monitor settings, try unplugging the display feed from the computer and using the buttons (or touch screen) on the monitor to adjust the settings.

If you can’t get any picture doing this, then it’s not a video settings issue. Instead, your monitor has a hardware problem.

If you’re using a computer, go into the computer’s video settings and try making adjustments.

If your only monitor is the one that is failing, then you’ll need a secondary monitor to do this.

If you can’t get any monitor to work, it’s probably not the video settings. Regardless, tech support is a good option when settings adjustments don’t fix the issue.

We already went over power cables.

It’s worth mentioning that you should reseat the video connection between the monitor and the computer.

If it is loose, that can be your problem.

If nothing was loose, you still might have a bad cable or connector.

The only way to be sure is to try testing with known-good cables and connectors.

If you don’t have access to extra cables, local tech support providers can help.

Connection adapters are worth mentioning separately from the cables.

If you need an adapter to connect the monitor to the computer, then that could be the course of your problem.

For many signal types, you need more than just a physical adapter. You also need a signal converter.

So, if you’re going from a digital signal (like HDMI) to an analog signal (like VGA), then you’ll need a converter.

You might also need a converter to go from one digital signal to another.

There are a lot of different signal types, so it’s worth looking up whether or not you need a converter for your setup.

Here’s the big thing to remember.

The converter is not the physical adapter part where you plug in each cable.

Instead, the converter is a digital device that is usually housed in a plastic box, and it’s typically attached to the adapter via a cable.

So, if you need a converter, make sure that you have one in the setup.

If you just have an adapter without a converter, that could be the issue.

You also need to make sure the source of the video is working.

As covered earlier, that’s usually a computer. But, whatever is hooked up to your monitor, you need to be sure that it is, in fact, producing video.

This goes beyond turning it on and checking the settings. Try to hook it up to a known-good monitor to make sure any display is visible.

If you can get a display with other monitors, then you know that this monitor is the problem.

If not, then you can safely assume that the computer is the root of the issue.

You can hook your monitor up to a working computer to be completely certain.

Diagnosing hardware problems with a monitor is not as common a route to take at home.

You can go through tutorials, but you usually have to take the monitor apart to find exactly where a hardware issue is located.

Conversely, you can take it to a pro or a shop for diagnosis.

Basically, if none of the above steps resolve your issue, then it’s likely you have a hardware problem with the monitor.

It’s possible that the problem can be fixed, but in many cases, replacing the monitor is cheaper than repairing it.

What Is the Difference Between 120Hz and 144Hz Monitors?

Have you ever heard of Hz or hertz in relation to monitors or laptop screens?

Monitor refresh rates are measured in hertz or Hz.

Your monitor’s refresh rate indicates how often it can display a new image each second.

You should make your decision based on your budget and how serious you are about gaming.

Learn all about the difference between 120Hz and 144Hz monitors here.