This is how much data WoW uses.

It depends on what you do in World of Warcraft.

So if you want to know how much data WoW uses in your case, this article is for you. 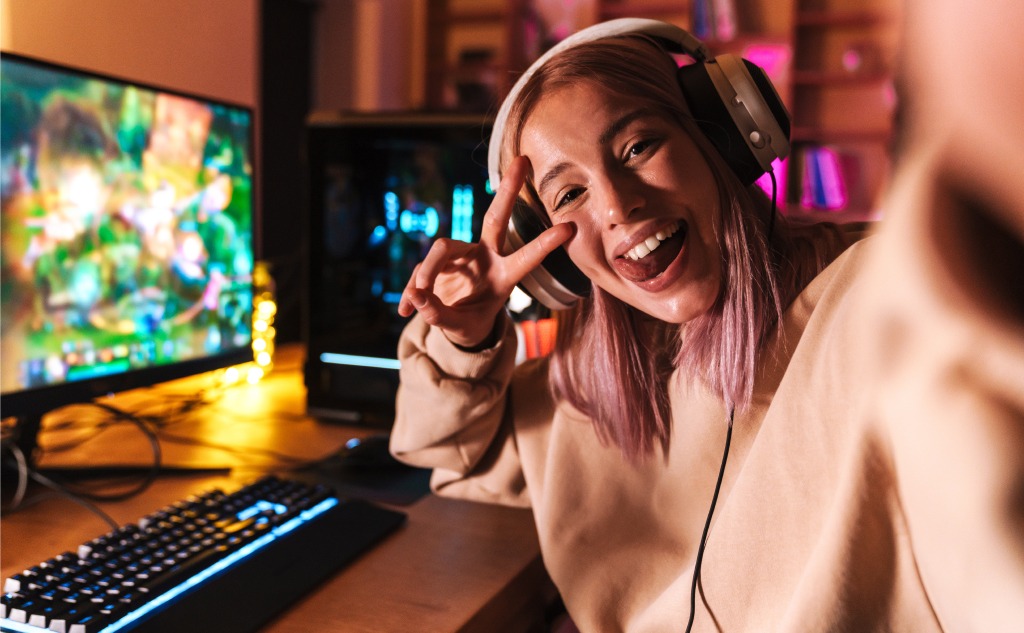 WoW and Your Data Usage

Nowadays, entertainment seems to be the key feature of the Internet.

People love finding different and interesting things to do online. An essential part of entertainment is gaming.

Why are games so entertaining? They’re entertaining because we get to be part of the action and experience a whole new world.

Having an immersive experience like that makes us want to play all the time.

One of the most popular online games is World of Warcraft. You’ve probably heard about it. It’s one of the first massively multiplayer online role-playing games, or MMORPG.

It’s also one of the things that consume our bandwidth and affects our data plan.

So, why is it so entertaining?

Most importantly of all, how much data does it use?

What Is Online Gaming?

This is the type of gaming that’s played through the use of the Internet. So, a video game that you play online can play it only while connected to the Internet and thus while consuming bandwidth.

One of the factors that make online gaming so addictive is that you get to play the same game with many people all over the globe at the same time. You can chat with them, cooperate, organize events, and a lot of other things.

This is why it’s so fun, and there are a lot of benefits to online gaming. For example, people enjoy them because they serve as team-building activities, developing cooperation, imagination, cognition, and other abilities.

Unfortunately, the main disadvantage is that all these advantages make them addictive, especially for children who don’t have their goal-setting skills fully developed yet.

World of Warcraft is an MMORPG that is played in the Warcraft universe. The first Warcraft game was released in 1994. It’s a strategy game for PC that is not played online. So, you can only play it offline and over a LAN (Local Area Network).

Now, with the real-time strategy game such as Warcraft, you can build a city, amass troops, conquer other cities, and control multiple units simultaneously. You have resources such as gold and wood that fuel the development.

There’s even a remastered edition of Warcraft III that came out in 2020. It’s worth a try if you’re a real-time strategy fan.

If you’re more of an RPG (Role Playing Game) fan, then you’re probably going to like World of Warcraft. In this game, you play as you choose. Whether you want to be a dwarf, night elf, human, orc, and so on, you choose your avatar.

The avatar is your virtual self. That’s what makes the game so fun. You can be whatever you choose to be, and you can develop your character from the beginning till the end. However, you’d like.

Suppose you want to be any WoW class, a mage, priest, paladin, warlock, warrior, hunter, and so forth. In that case, it’s your choice, and you can escape for a couple of hours into this imaginary world where you’re the strongest person or the most powerful one.

The best part is that the game seems almost endless, you can level up your player and become stronger and stronger, and expansions just keep being released. Also, there’s a PvP (Player versus Player) aspect to the game.

This means that you can challenge other players online and beat them.

Do you understand now why it’s so addictive and awesome?

Well, it’s quite logical to assume that this kind of game might consume a lot of bandwidth and ruin your data plan with a huge monthly bill. So, let’s review the frequent data consumers before we discuss how much WoW actually uses.

Let’s face it, you can’t determine the most frequent data consumers for the general population. You can only assume what they are because some people use their internet access to get work done, and some use it for entertainment.

Nevertheless, it doesn’t matter whether it’s gaming, streaming, or work meetings. All these affect your data plan.

Usually, you think that because you’re playing a game like World of Warcraft, your bandwidth is being eaten up. This is not exactly the case. In fact, in most cases, streaming videos will consume much more data than online gaming.

Most of the files that you need to play the game are already downloaded when it comes to online gaming. Therefore, the only thing that consumes the data are the parameters that tell your devices what to load from your hard drive.

Streaming, on the other hand, gets all the data to you in real-time. Everything that you watch on YouTube immediately consumes data. The consumption depends on the quality of the video. It definitely consumes more data than online gaming.

It’s only logical that video calls consume more data than voice calls. However, it all depends on the volume of the call.

If you have a conference voice call using your data plan, it might be more data-expensive than the video call. And, if you have a video conference using any app, it’s definitely going to cost you a lot of data.

Make sure that the plan you have contains a provision for unlimited data. Although, there’s always a limit of some sort.

With all of its expansions, the World of Warcraft game uses approximately 10 KB (Kilobytes) per second. However, this data rate depends on the type of gameplay.

So, if you play solo and go to the part of the world where there are not many users, and you keep playing like that, you’ll consume significantly less data than if you go on a raid.

The difference is that there are significantly more players that your device has to render in a raid, and there’s more data required. So, it’s approximately 35 MB(Megabytes) an hour and a little more if you’re raiding with others.

If you calculate these rates, you can safely assume that you spend approximately anywhere from 1 to 7 GB (Gigabytes) of your data a month.

You can always measure the specific data consumption using some software or you can check Task Manager to see approximately how much data one app is using at any moment.

So, if you want to play online games and stream videos, you’re going to have an issue. Your data will be consumed in a very short period, and you don’t want to go overboard with your data plan.

Imagine a situation where multiple people in the household are playing WoW at the same time, and all of them play for at least 4 hours every day. If only two people are playing, it’s going to be 8 GB of data consumed.

So, you need a good plan or a good ISP (Internet Service Provider) to give you enough competent capacity, so it doesn’t affect your gameplay or your streaming in any way.

Wi-Fi connections are more unreliable when compared to wired. It’s just a fact. Wi-Fi signals can be weak. They can be interrupted by some other things sending out radio frequencies around the house, such as your microwave oven.

If you’re playing a game online or streaming TV shows, this can be a real pain in the neck. The connection needs to be stable, and you need reliability.

Imagine working with this kind of connection—the frustration, the anxiety, the anger, the stress. Just switch.

Take an ethernet cable and connect via wires. With a cable connection, you can do your job. You can stream any kind of tv shows or movies all day long. You can play World of Warcraft as much as you want. It’s simply more reliable.

No interruptions unless you tear the cable somehow, but that happens very rarely.

We can wish, but unfortunately, the unlimited data plans are actually limited in terms of internet speed. This means that if you play WoW or stream a lot of TV shows continuously during the month, at some point, you will run out of, well, data.

However, you would still be able to play World of Warcraft and stream movies, but at the cost of quality and internet speed.

What happens here is the “transformation” of unlimited data into data with limited speeds. The internet provider uses a fair usage policy. This policy actually prevents the exploitation of your internet access.

You can’t use your home internet access to run a company. This is what the fair usage policy is all about.

The policy implements a data cap into your plan. So, if you exceed your “unlimited” use, for example, by using 600 GB (Gigabytes) in one month, you’ll get capped.

Your internet provider slows your Internet down. Actually, the ISP decreases your bandwidth by letting smaller amounts of data pass through.

This is a great business model. The ISP offers unlimited data plans, but they are, in fact, limited, and they don’t have to worry about paying for all that data. The users will anyway.

Nevertheless, this works in your favor as well. If you stream and play WoW all the time, there’s no way you won’t consume the data from your plan. With unlimited, 10 people can play WoW at the same time, and there can be 4 more people streaming.

The data plan stays intact, and there’s no cap. Well, probably no data cap. It also depends on what these people do when they’re not playing or streaming.