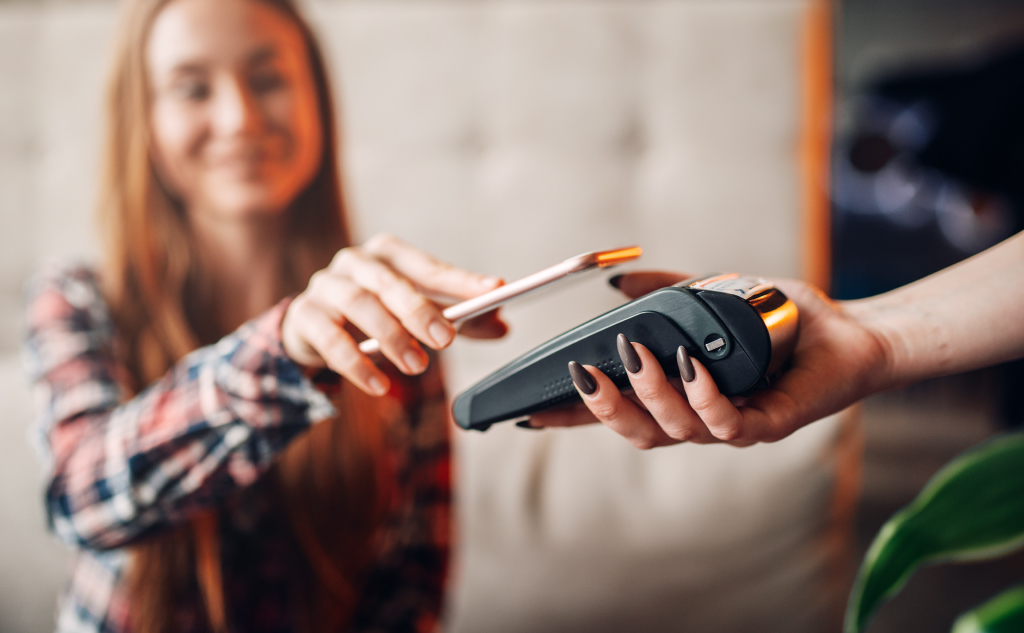 Technically speaking, NFC applications do drain some juice from your phone’s battery. That said, they are arguably the least power-hungry applications on a phone, and you could use NFC nonstop for up to a day on most phones.

In practice, NFC applications will never drain a noticeable amount of charge from your battery.

If you want to learn all about NFC and its effect on cell phone batteries, then you’re in the right place.

NFC stands for near-field communication. It’s a protocol that allows electronic devices to share information when they are very close (within 4cm of each other or closer). If you have ever seen people share info from one phone to another by touching them together, this process invoked NFC.

While the technology feels relatively new, especially in terms of smartphone applications, it was first developed in the early 80s. Over the next two decades, it was taken from a state of research to commercial development, and some models of phones have been able to use NFC since as early as 2004. For those keeping track, the very first smartphone was launched in 2007.

In the decades since, NFC has been further developed to make it more accessible and a standard feature on many modern phones. Some of the most popular modern applications allow phones to share contact information, pictures, and any other type of file that can be quickly delivered over the medium. Easily the most common application of NFC today is for fast mobile payments.

When it comes to more cumbersome data sharing, NFC is usually ditched in favor of higher data rates and more robust communication methods.

How Does NFC Work?

NFC, like any other wireless communication, utilizes radio waves in order to transmit or receive information from one electronic device to another. NFC is distinguishable from other forms of radio communication because it uses a different protocol, and the communication system uses a specific band of radio waves.

That means that NFC waves are completely distinguishable from the radio waves that allow a phone to connect to a wireless carrier. You can also distinguish them from AM/FM radios, Wi-Fi, Bluetooth, and the rest of the communication bands.

Because NFC communication is designed for very short-range use, it requires very small amounts of power to operate. We’ll get into this deeper in the battery section, but suffice it to say that an NFC chip can be powered by almost anything.

The chip in your modern credit or debit card doesn’t even have a battery. It requires so little energy that it can be powered by the radio signal sent to it through the chip reader.

Another advantage of NFC design is that it’s very hard to intercept the signals. It is a secure medium because other devices have to be within four centimeters of the digital transaction in order to steal information.

On top of that, NFC protocols do include encryption.

How Does NFC Impact Your Cell Phone Battery?

Let’s get into how NFC technology impacts your battery. As you just learned, this type of technology does not use a lot of power.

The information being sent is a lot less complicated than something like streaming 4K video. That alone reduces power consumption. If NFC worked like other wireless communication, this fact alone would make it a small drain on a battery.

But, NFC also only goes extremely short distances. When covering distances with radio signals, the range is largely impacted by the strength of the signal. If you want a radio station to be received a hundred miles away, you have to pump a lot of power into the signal.

If you’re only trying to transmit a simple code to another device that is less than two inches away, you just don’t need very much power.

Now, you saw that NFC chips in credit cards don’t even need a battery. Despite that, NFC communication does drain electric charge from a phone’s battery. The NFC hardware in a phone is a little different from that of a credit card, namely because the phone already comes with a battery.

The other issue to remember is that phones can do more than just pay for a purchase using NFC. You can share pictures and other complicated bits of information. For both of these reasons, NFC will ultimately drain your battery, but it does so very slowly.

Even if you had nonstop NFC transmissions from your phone to another, the drain on the battery would be less than simply leaving the screen on. That should give you a fair idea of how this works. NFC transactions will ultimately add to battery drain but by far less than almost anything else you can do with a phone.

How Is NFC Used?

Since NFC usage does impact battery drain, you can dig deeper into the topic and really see ways that you can preserve battery life if that is your aim. The most battery savings you can get from optimizing NFC usage will be minimal, but every little bit counts when you’re trying to keep your phone from running out of juice.

As mentioned before, the number-one use of NFC is for purchasing and transactions. Whether it’s a credit card or a payment app on your phone, if you do touchless payment, you’re using NFC. This is done by hundreds of millions of people every day.

Possibly the second most common usage is for something called bootstrapping. This is where one type of connection is used to verify and establish another kind of connection. Earlier, when you read that NFC can be used to share pictures, that wasn’t entirely accurate.

It would be more correct to say that NFC is used to set up a temporary Bluetooth connection. The picture itself is sent over Bluetooth rather than NFC. This is because NFC isn’t built for large data transmissions, and even a simple picture is large by NFC standards.

So, if you’re thinking about battery usage, it helps to think of these multiple steps. When you share something from one phone to another via NFC, you might be engaging Bluetooth, which ultimately drains more battery.

It’s why this type of sharing can ultimately drain your battery. Simply making NFC transactions on a phone has a negligible drain on the battery.

Another common use case is for identity confirmation and authentication. NFC can be used for electronic locks, digital security, and many other applications within this realm.

Many modern hotels have contactless keycards. Those use NFC. Similarly, many security stations have systems that can be unlocked by tapping your phone against it.

This is using an NFC code to verify that the phone belongs to an authorized user. This is so useful that some groups are pushing to replace passwords with NFC phone codes.

Outside of this, a few other applications include sharing contacts (this does not require Bluetooth), expanding gaming (the Wii U uses NFC tech with the GamePad), and sports (Top Golf, for instance, tracks balls with NFC).

Why Is NFC Used?

NFC is the communication protocol of choice for most of these applications for three reasons.

First, it uses very little power. For anything involving automation or remote use applications, that’s invaluable. Anything that benefits from digital communication but can’t maintain a battery (like credit cards) is best served by NFC.

The second reason is security. The short-range of NFC communication makes it much more difficult to hack or breach than pretty much any other wireless system.

Lastly, NFC is convenient. The chips used are very small and lightweight, and they function on a standardized communication platform. This makes it very easy to add NFC features to almost anything.

As you’ve already seen, they are in credit cards, phones, and golf balls, and that’s really just the beginning.