Here’s everything about the difference between an MTS and a software engineer:

An MTS is a leadership role in technical aspects of research and development.

Usually, MTS roles exist in software development companies, and they are high-level roles.

Software engineers are responsible for the overarching design of software, and the positions are usually junior to MTS roles.

So if you want to learn all about how the MTS and software engineer positions differ, then this article is for you. 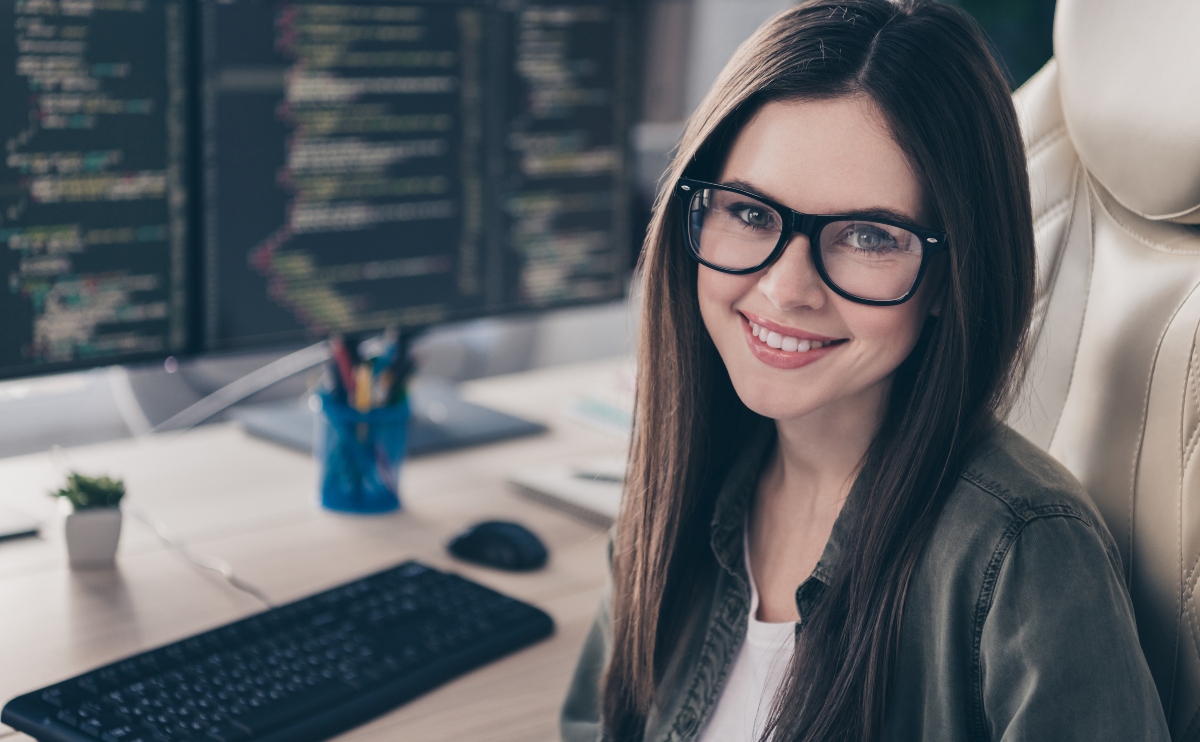 What Is an MTS?

Let’s start by exploring the lesser-known of the two titles.

Most people have heard of software engineering before.

Not as many know about the MTS position.

First, it’s an acronym that stands for “member of technical staff.”

That sure sounds generic, doesn’t it?

That’s because it is.

This is not a standardized, formalized title.

You see it comes up a lot with software development companies, so you’ll find a lot of MTS positions in Silicon Valley.

But, there is no formal MTS degree, and the exact meaning of the position depends on the company defining it.

That means that you’ll find exceptions to everything I have to say about an MTS.

It’s just not a concrete thing.

That said, there is a bit of a common trend, and more often than not, you’ll find that an MTS holds a senior position in a software development company.

I mean, every position at a software development company is in some way related to developing software, but MTS positions don’t necessarily involve the actual engineering stuff (although they can).

You’ll find that MTS positions provide leadership in areas of software design, quality assurance (QA), support, sustainability, and other areas that depend on the hierarchy of the company.

How Do You Become an MTS?

As I said, an MTS role is usually a leadership position.

So, how do you land such a high-end role?

Well, you have to work in the industry.

This is not an entry-level position.

Instead, while working at software firms, you can get promoted internally to an MTS role.

Conversely, if you are competitive in the job market, you might go from a lesser role to taking an MTS spot at a different company.

It’s a lot like how you break into management in any other industry, with the exception that MTS positions come with high expectations of industry expertise.

You’re not going to hire a random business manager to work as an MTS. Instead, you want a specialist to fill the spot.

As an example, an MTS working on software development will be an expert developer and not a generic manager.

Similarly, a QA MTS will have lots of experience with QA.

What Are the Responsibilities of an MTS?

As I keep saying, this is a leadership position.

So, what does that really mean?

Ultimately, it involves all of the leadership duties you might expect from a team leader in software development (regardless of the specific duties of the group).

Your job is to lead a support team.

So, you’re responsible for organizing and training the team.

You might roll up your sleeves and work on support features directly.

You’ll be the one dragged into management meetings all the time.

You also might end up responsible for hiring and/or firing people in your team.

So, depending on the duties of the team, the MTS has the knowledge to carry out those duties.

More importantly, they can lead and train people on the team while collaborating with other members of management and disseminating information as required.

If that sounds like a lot, it’s why MTS positions are advanced, and they usually pay pretty well too.

What Is a Software Engineer?

Now that we know what an MTS is, let’s really explore what it means to be a software engineer.

As you can guess from the name, a software engineer is someone who designs software.

But, that super zoomed out perspective doesn’t quite paint a clear picture.

For the most part, software engineers are responsible for the big picture aspects of software design.

While they will inevitably write code, that’s not usually the primary function.

The real purpose of the software engineer is to organize the many different smaller bits of code into something that functions.

So, if you’re a software engineer making the next version of Microsoft Word, you’re working on a big job.

The program has millions of lines of code.

As the software engineer, you aren’t writing all of that code yourself.

Instead, a bunch of different individuals makes code for a specific section of the suite.

So, one person might work on the spell checker while someone else is adding all of the fonts to the software.

The software engineer is responsible for combining these different parts into a functional whole.

What Does It Take to Become a Software Engineer?

So, software engineering is already a high-level position by default.

How do you become one?

It helps to have a degree.

There are entry-level software engineering jobs that often hire people with undergraduate degree.

As you move up the software engineering hierarchy, you might be expected to complete an advanced degree in the field.

On top of that, software engineers are expected to demonstrate their skills through a portfolio.

If you want to be a competitive software engineer, you need to show examples of software that you have made yourself.

What Do Software Engineers Actually Do?

Even though I touched on the principles of software engineering, I didn’t really get into the specific duties and jobs of the role.

So, they have to first understand the problem that is being solved by their software.

If you’re going to make text-to-speed software, you need a strong understanding of why it’s important to have this feature in the first place.

From there, software engineers design the overall project, figuring out which segments of code will need to be developed and written.

They often assign code writing to junior engineers or other positions specifically allocated for that function.

Software engineers will also work with hardware developers to figure out how best to interface the software with the hardware that will run it.

Software engineers also frequently design and run tests of the programs they develop to ensure functionality.

They might also work with users to analyze the product and see if it works as intended.

What Are the Primary Differences Between an MTS and Software Engineer?

The differences between an MTS and a software engineer all come back to the company hierarchy.

In the more common model, the MTS is basically a manager who leads teams.

So, you can have an MTS running a team of software engineers.

But, software engineering inherently comes with leadership responsibilities as well.

Since the engineer is the master architect of the software, they have to organize the various people contributing to the software’s development.

Most commonly, a software engineer might be promoted to an MTS position.

From there, they would oversee multiple software development projects.

And, as I said before, MTS roles exist well outside of the confines of software engineering.

A support or QA specialist doesn’t need to be a software engineer at all, and yet, that MTS role would still typically be higher in the company hierarchy than any software engineering role (that doesn’t include an MTS title).

Because the MTS role isn’t very standardized, I can’t give a perfect, clear example.

In a company where MTS positions are higher-tiered than software engineering, you can expect the MTS to make more money.

That said, it’s possible that a software engineering MTS would make more money than an MTS in a less-specialized role.

You’ll also find that where you work makes the most difference.

A software engineer at Apple or Google might make considerably more money than an MTS at a small startup.

It just depends on how much money is present and how it is allocated.

But, all things being equal, you would typically expect the MTS to make more money.

Can You Be Both an MTS and a Software Engineer?

Hopefully, this is clear.

So, you can be an MTS who oversees a team of software engineers.

The engineers are often primed to carry out QA responsibilities, for example.

So, someone could work as a software engineer and end up as an MTS in QA.

Would that person still be both an MTS and a software engineer? Arguably, yes.