This is about how to explain the internet to a child.

So if you want to explain the internet to a kid, you’re in the right place. 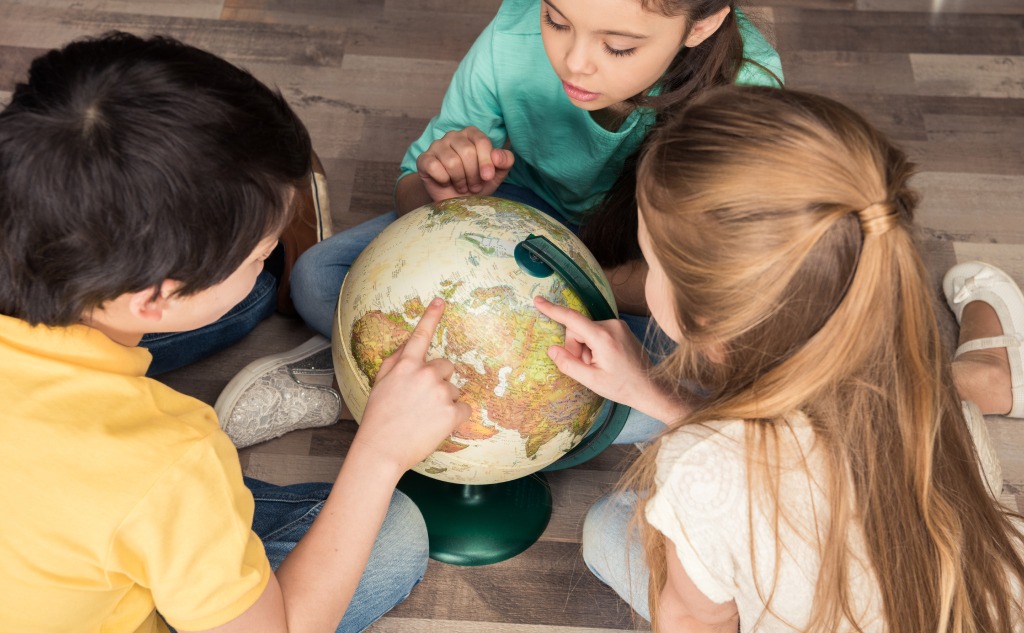 The modern world entices younger generations to familiarize themselves with technology at an early stage of development.

There are many arguments among educators and child psychologists for and against introducing technology at early stages.

An essential aspect of the internet is how safe it is and whether children should even use it. It’s a dilemma, and the answer is not simple at all.

The internet is the source of a lot of information—either correct, incorrect, in the gray area or completely irrelevant.

Children are naturally curious, and the internet offers everything on a silver plate.

So, how can we explain the internet to our children?

The easiest way to explain the internet to a child would be to compare something that the child already understands.

As we would explain it to an adult unfamiliar with the internet’s workings, we would do the same for a child.

There are some simple explanations for kids. The most common comparisons are “the tunnel” and “the tree.”

Kids are curious, energetic, imaginative, and want to play all the time.

We buy our children a large number of toys throughout their childhood.

However, we’ve all experienced that situation when another kid in the neighborhood “has a better toy.”

The children can’t explain why it’s better. They just think that the toy is better than anything they have. So, they want to play with that toy, and that’s it.

This is a perfect basis for explaining the internet to our kids.

Tell them to imagine that there is a tunnel that leads to all the houses in the neighborhood.

At any point, they could go through the tunnel and grab a toy from their friend’s house and play with it.

It’s important to tell them that their friends could do the same thing.

The internet works just like an underground tunnel that connects all the houses in the neighborhood.

Better yet, you can tell them to imagine that all the houses in the world are connected through the same tunnel.

So, if they decide they want to share their toy with other children worldwide, they could do it through the tunnel.

If not, then the tunnel gets closed because the kid decided not to share the toy.

The tree of things

This is a real-world example comparison.

The best thing would be to take the child out to see a real tree as you explain the internet concept to them. There’s nothing better than a live example.

Show them a tree and tell them that every leaf is one computer. There are thousands of leaves on the tree crown.

The leaves communicate with each other, so they are all green. They share the energy they get from the roots and the sunshine.

The roots are the servers (the computers that contain the information that we see on the internet).

You can grab one leaf from a branch and show it to your child. This leaf is now disconnected from the tree. It does not communicate with the other leaves.

Of course, there are other things to consider before introducing the internet to your child.

The Internet: Game or Tool?

When speaking to our children about what the internet is, we often wrap our heads around terms and concepts that even we can’t fathom. It’s even more challenging to know what the best approach is.

The Internet Is Not a Game

This is something that children need to understand.

Yes, we use it to have fun, and yes, we play games over the internet, but there’s much more to it.

Why is it not a game?

It’s not a game because there’s a lot, a really huge lot of inappropriate content on the internet.

Plus, children at an early stage of development are not exactly tech-savvy.

They wouldn’t tell if the pop-up ads are just the website they want to see or if they are just scam ads that lead to a suspicious website.

Pop-up ads are not a joke.

Sometimes a bubble can appear on the screen with a fake close button that leads to a site filled with malware.

Numerous download links lead to downloading sketchy software that can cause severe damage to your computer or even siphon your personal information.

The worst possible thing that could happen is an accidental download of a keylogger app.

Keylogging software is basically an app that records the strokes on the keyboard.

If installed accidentally, anything that we type on our laptops or computers would be recorded and probably sent to someone who put it up for download in the first place.

Luckily, many internet safety features such as ad blockers, file scanners before download, etc., can help prevent damage to your computer.

The parental control setting can also play a cardinal role in internet safety.

The Internet as a Tool

The internet can be a powerful tool if used appropriately and responsibly.

Plus, we all watch “how-to videos” when we don’t know how to do something.

As a tool, the internet is plenty helpful.

Implementing parental control onto the devices your child uses could actually help point them in the right direction on using the internet.

There are numerous possibilities with the internet. Overall, education is moving to the online sphere.

Even the youngest generations in some countries are attending online lessons as we speak.

It’s the evolution of the internet used as a tool.

By fostering natural curiosity in our children and the appropriate use of the internet, we can clear a path to knowledge and learning autonomy.

This can be rather difficult, as when entering the online world, the children become exposed to social networking.

Social networks were created to connect people who have lost touch with each other through the years.

The ideology behind them is that people can stay connected at all times and know what they’re doing.

Social networks can be dangerous when it comes to children. There are several online dangers that you should be aware of:

As children are getting introduced to technology earlier than ever, they all have some kind of device.

Whether it’s a smartwatch or a smartphone, they have social networking apps installed because these are also convenient for the parents.

Using them only requires an internet connection, usually wireless, and they are free of charge.

However, they do collect personal information. Data protection policies are in a gray area all around the world.

So, we need to be careful about which social networking apps or sites our children use.