Here’s why it’s okay and normal to be bad at video games:

It is incredibly normal to be bad at video games.

No matter what metrics you use to determine who is bad and good at a game, there are too many games out there for anyone to be good at all of them.

You don’t have to be great at a video game to have a good time playing it, and having fun is the point.

So if you want to learn all about why it’s okay and normal to be bad at video games, then this article is for you. 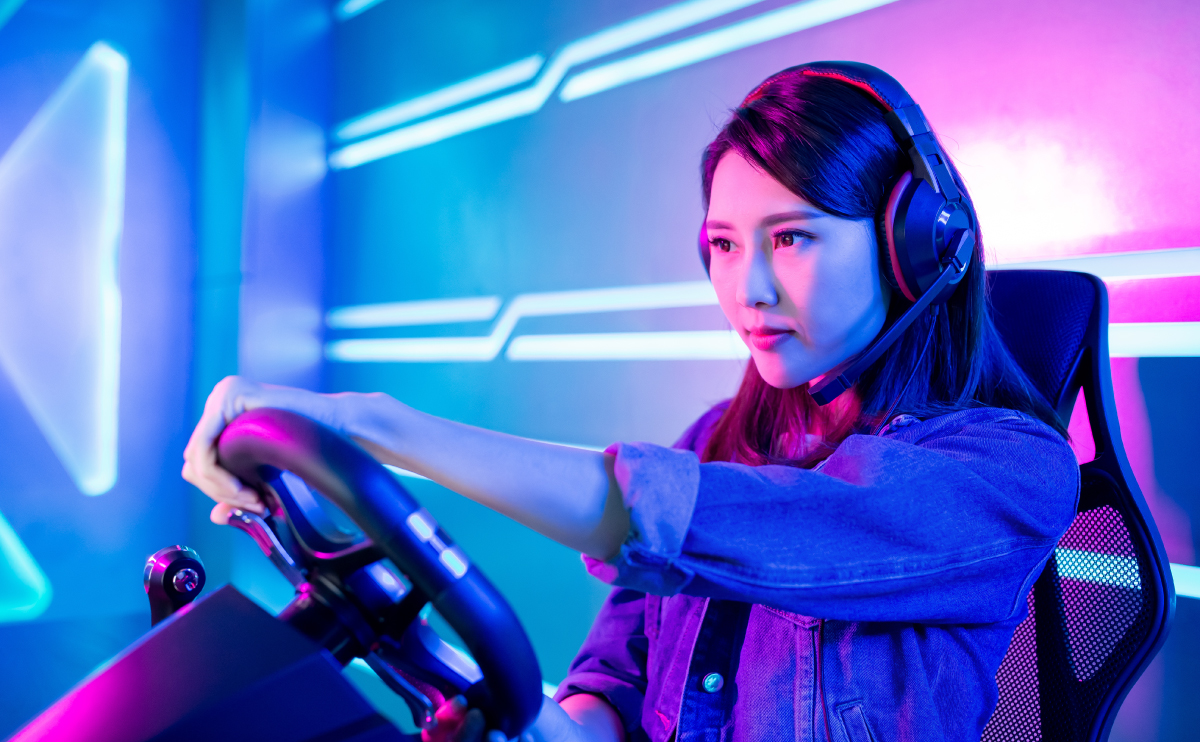 Are You Really That Bad at Games? (2 Scenarios)

Hang on for a minute.

How do you even know that you are bad at games?

What is that based on?

Everyone has a different take on video games, and everyone uses their own internal mechanisms to decide when they are good or bad at things.

Some people think they are bad if they aren’t literally the very best in the world.

Others think they’re great if they can beat their older sibling for the first time.

To help put all of this into perspective, let’s consider the common journey of competitive gaming.

Anyone who has ever entered the realm of Esports already knows a story like this one.

But if you aren’t familiar, this generic story happens all the time.

#1 Being a Smash Bro

Finally, you got your own copy of the latest Smash Brothers game (you can decide for yourself why I chose this game as an example).

You’ve been beating your friends when you get to play them, but now that you can really spend some time with the game, you know you’re going to be the best.

You try all of the characters and figure out combos and fun things to do with them.

You love this game, and you can’t wait to show the world how amazing you are.

Since you started taking the game more seriously, your friends can no longer keep up.

You try to find other people in the area who play, but none of them are any good either.

Deep down, you know that you’re special.

You have a drive to win that no one can match.

So, you look harder, and you find that there are Smash Brothers tournaments.

You can go win a tournament, and your journey to the absolute top is well within reach.

You find out that the tournament is just a local thing.

People from the area meet at a little shop and play their tournament once a week.

You show up, ready to win.

You play your first match, and somehow, you lose.

It’s unexpected, but even champions get nervous.

You’re getting used to the whole tournament thing.

You play another match. You lose again.

You’re already out of the tournament.

As the day goes on, more people get eliminated, so you find a setup and play some games with them.

Eventually, you stop to watch the finals of the little local tournament, and you see the best players in your area playing the game in a way you never imagined was possible.

#2 A Big Fish in a Little Pond

I used Smash Brothers as an example, but this story is hardly unique to any one game.

If anything in that story sounds familiar, you already know.

For people who really enjoy competing with video games, there’s a common story of a big fish in a little pond.

It’s easy to feel like the best when the competitive pool is small.

As you branch out and compete with a larger and larger group of gamers, things can get very difficult.

In reality, many video games have professional-level competitions.

People make an honest living off of these competitions, and for any game with a large following, being the best in the world comes with millions of dollars and genuine fame.

What’s the point of all of this?

How good or bad you are at a game is relative.

How you feel about it depends on how you compare yourself internally.

If you move into the larger pond, you’re going to find out that you’re nowhere near the best.

At the same time, you’ll also learn that you aren’t actually the worst either.

With this in mind, when I talk about why it’s ok and normal to be bad at video games, it also circles back to relative comparisons.

Unless you’re the absolute best in the world, you’re bad compared to someone else.

Even if you are a world champion, you’re not the best at every game—not by a long shot.

From this perspective, literally everyone is bad at video games.

So, let’s explore the idea. Why are you bad?

Why is that normal and ok?

Is It Ok to Be Bad at Games?

Is it really ok to be bad at games?

The point of video games is to have fun.

Sure, some games are designed to teach people things, or something, but generally speaking, video games are part of the entertainment industry.

Whether you’re exploring the captivating story of a great single-player game or finding a way to connect with people through a multiplayer experience, gaming is supposed to be a good time.

People can have fun while being bad at something.

But, what if you’re really the worst?

What if you’re so bad that you hold back friends or can’t beat a game?

Everyone fails at things, and that’s true in video games too.

The only time it’s not ok to be bad at a game is when it leads to a bad experience.

When that’s the case, you have two options.

Learn from the experience, or try something else.

But even then, it’s fine that you aren’t the world champion of your game.

Why Is It Normal to Be Bad at Video Games? (2 Reasons)

More than ok, it’s completely normal to be bad at video games. Absolutely everyone on the planet is bad at some games.

In fact, there are so many games available these days that you’re guaranteed to be bad at more than a few of them.

And, when you consider your own limitations and just how deep the rabbit hole can go, being bad starts to feel incredibly normal.

Strangely enough, the existence of pro gamers is proof that being bad is normal.

These days you can find pros who play pretty much any game out there.

You can stream a tournament of your favorite competitive game.

You can even watch the famous Games Done Quick series and see people speed run your favorite game.

But, when you watch Esports or Twitch streams, there’s one thing that always holds true.

There are more people viewing streams than running them.

There are more people watching the best at any game than competing.

It’s a different journey, to be sure, but it’s incredibly competitive and challenging.

There will always be more “bad” players than good players. It’s the simple nature of the thing.

And, if you explore these broadcasts, you’ll see that you can fully enjoy and love your game, even if you aren’t great at it.

The fact that you aren’t the one streaming to an audience is actually proof of just how normal you are, and that’s perfectly fine.

But, there’s even more to this picture.

What if you decide that you absolutely have to be the best? You put in the time.

You go down that difficult road, and you truly master a game. You become world-class at it.

At that point, your skills are quite abnormal.

I haven’t mentioned this, but it’s also ok to be good at a game.

But, that’s not the point I’m trying to make.

Even if you’re the absolute best at a game, there are countless other games where you aren’t the best.

In fact, there will be tons of games where you’re still quite bad.

The simple fact is that there are way more games than you can ever play in your life.

In order to not be bad (depending on your own personal metrics), then you have to invest time and energy to develop skills for the game. You have to learn stuff too.

If you don’t spend that time and energy on a game, you won’t get good at it.

So, even by choosing a game and getting good, you are necessarily ensuring that you will be bad at other games.

There’s no escaping it. Even pro gamers are absolutely terrible at more games than not.

This is a man who won international tournaments playing StarCraft, one of the most competitive Esports of all time.

He streams a variety of games, and he is notoriously bad at most of them. Even crazier, he has a great time being bad at games on stream.