Here’s how to fix a computer that won’t boot after installing a graphics card:

In order to fix a computer that won’t boot after installing a graphics card, you have to isolate the core issue.

It could be a hardware problem with the graphics card.

It could be a software or software controller problem.

It could also be a compatibility or power draw issue.

Finding the problem is the challenge.

So if you want to learn all about how to troubleshoot a computer that won’t boot after installing a graphics card, then you’re in the right place. 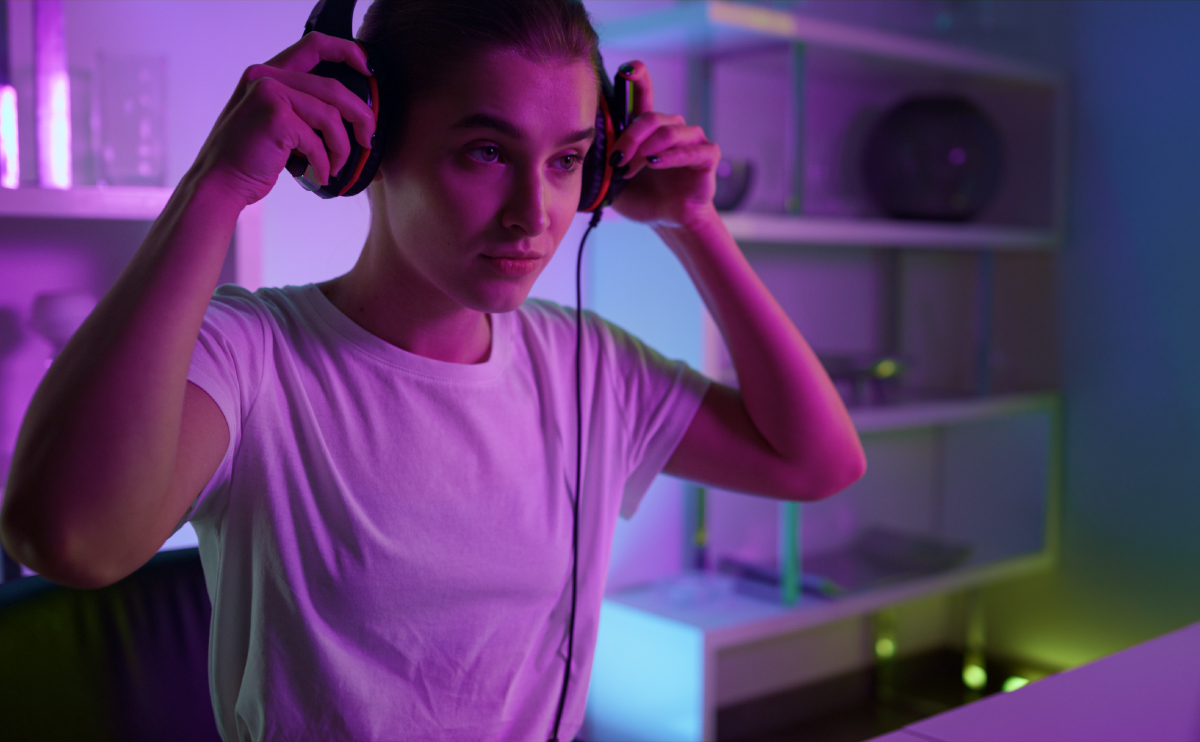 Why Won’t the Computer Boot After Installing a Graphics Card? (3 Scenarios)

Despite the title and the official question being answered today, people tend to use the term “boot” a little loosely.

In computer troubleshooting, this means something specific.

Booting is when a computer loads an operating system.

So, if you install a new piece of hardware and the operating system doesn’t load, that’s a specific problem that merits specific troubleshooting.

But, there are a few outcomes that people might describe as the computer not booting.

So, let’s explore the common scenarios and what they mean for troubleshooting.

It’s possible that after installing a new graphics card, your computer won’t power on at all.

You hit the power button, and you don’t see any lights.

There are no sounds, and no discernable sign of power at all.

This situation already tells you something.

Power can’t flow through the computer.

If the computer was able to power on correctly before you installed the graphics card, then the problem is almost certainly relegated to power connections.

Double check that the power strip is plugged in and on.

Look at the power supply’s switch.

Then, double check the power connections in the computer itself.

If nothing gets power, you know something in the system isn’t connected properly.

It’s just a matter of finding the disconnect.

It’s also possible that the phrase is being used correctly.

When this is the case, you will see lights turn on on the computer.

When you press the power button, there is a response, but the operating system never loads.

In many cases, the computer will power on briefly and then turn itself off.

This is a no boot, and the troubleshooting is a bit more involved.

I’ll explain it thoroughly in the “how to fix no boot?” section.

The third scenario can be a little deceptive.

This time around, you turn things on, and they stay on.

That’s a good sign, but the video never loads.

You never see anything on your screen, even though all other indications are that the computer is on and running.

This is a case of video failure.

No video troubleshooting will also have a complete section to walk you through the steps.

I’ll take you through the steps individually, but before we get into that, it helps to understand the general idea.

Troubleshooting a computer is all about isolating the problem.

The goal is to find the specific point of failure.

Once you do, you know exactly what needs to be fixed or replaced.

So, these steps will really serve as a guide that helps you isolate why your computer won’t boot.

What you’ll find is that you can modify these steps to troubleshoot just about any computer problem that you come up against.

That’s important, because I’m not going to have nearly enough time to explain all of the varying scenarios that are possible.

I’m only going to cover the most common.

A lot of things can prevent a computer from booting, and many of them are tied to communication between the computer’s components.

So, the first step is to check all of your connections.

Reseat them to ensure that they are in fact connected properly.

Definitely reseat the graphics card and everything plugged into it, but that’s just the beginning.

Check the power cables to the computer and the card.

Reseat anything that you touched.

Also, make sure that the monitor is plugged into the right display port.

Your graphics card should have ports that plug directly into it.

You should be using those when you install the new card.

If you find a loose connection, that’s likely your culprit, and it’s a common problem.

If going through the connections doesn’t net you any positive results, it’s time for the next step.

The components in your computer need electricity.

Ultimately, the computer has a power supply that manages electricity for the parts to consume.

Skipping the more technical aspects of how this works, your power supply has to be big enough for all of the parts in your computer.

For the most part, the most power-hungry things in a computer are the CPU and graphics card.

Look up both models for your computer and see what wattage they need.

Add those two numbers together.

It needs to be bigger than the number you calculated (usually by about 15 watts).

If it isn’t, then that’s your problem.

You don’t have enough power to run the graphics card and the processor at the same time.

You can get a different graphics card that consumes less power, or you can get a new power supply that is up to the task.

Assuming the above steps didn’t resolve the issue, it’s time to look at compatibility.

Still, there are compatibility issues that can arise, especially if you’re putting a new card in an old computer.

You should be able to look that up via the manufacturer of the motherboard or the graphics cards.

Either way, they should list each other as compatible.

If they aren’t compatible, then you can’t fix the issue.

You have to replace either the graphics card or the motherboard, and keep in mind that a new motherboard will often necessitate a new processor, possibly new memory, and a reinstall of your operating system.

At this point, we’ve covered the common stuff.

Now, it’s time to do some more advanced isolation.

You need to know if the problem is specific to the graphics card or the computer in general.

So, you want to try to boot your computer without your graphics card.

If you’re replacing a working graphics card, use the one that you know works.

If it still works, then the problem is with the new card.

If not, then the problem is the computer itself and not the new graphics card.

If you don’t have an old graphics card, your computer might have an onboard graphics processor.

You can try using that with your new card uninstalled.

If the problem isolates to your graphics card, you should contact the manufacturer.

It’s still unclear whether this is a physical problem or a software issue, but now that you know the card is definitely at fault, they can work with you on additional troubleshooting and take you to a final resolution.

If the problem isolates to your computer, then there’s a lot of troubleshooting left to do.

The rest is beyond the scope of this discussion, but you can try isolating your components, one at a time, until you figure out what exactly is wrong.

At a technical level, this problem is very different from a computer that doesn’t boot.

Despite that, the first few troubleshooting steps are very similar.

This is just like the step in the previous section.

Check compatibility, and ensure that your power supply is big enough.

Any of those issues can cause a no boot or a no video issue.

It depends on the rest of the build.

After checking connections, you can test with a known-good graphics card too.

It’s the same as above.

If one graphics card works and the other doesn’t, you know where the problem lies.

But, this is where things diverge.

If your new graphics card proves to be the isolated problem, but the computer does boot and without any video display, then it’s not necessarily time to talk to the manufacturer.

You can, and they’ll walk you through the next few steps.

Or, you can keep going from here and continue your isolation.

This is a specific problem that only applies if you have an onboard graphics card on your motherboard.

When that is the case, there is a chance that the motherboard didn’t automatically switch your display to the newly installed card.

Here’s how you fix it.

Plug your monitor back into the display port that connects directly into the motherboard.

This should get video back.

If it does, continue this step.

If it doesn’t, then this isn’t your problem, and you didn’t properly isolate the issue in the first place.

Now that you have video again, you can go into your BIOS environment.

The exact way depends on your motherboard, so you’ll need to look it up.

Once you’re in BIOS, you can use that environment to switch the display priority to the new card.

It will be in the display settings, but the exact steps are different for each manufacturer.

If you can’t find the new graphics card in the display settings, then the motherboard isn’t recognizing it yet.

That means you need to install some software controllers.

First, see if you can run updates right there in the BIOS environment.

If you can, that will take care of things.

If you can’t, you’ll need to look for updates on the motherboard’s manufacturer’s website.

Get the latest software available for your motherboard and install it (this is called “flashing” the motherboard).

When that is done, you should be able to switch over to the new graphics card.

Once you do, you’ll have to switch the monitor connection one more time.

Plug it into the port that connects directly to the new graphics card, and you should be good to go.

Using the isolation steps, you’ve determined that the graphics card is the root of the problem.

Everything turns on, and the computer seems to boot, but you aren’t getting any display.

You’ve ruled out display priority and a BIOS update.

There are two possibilities left.

In either case, you’re going to want to work with tech support from the card’s manufacturer.

They can ensure that you try the correct software fixes.

If none of that works, they can repair or replace the malfunctioning card.