Here’s what Wi-Fi stands for:

Wi-Fi is just a name.

Originally, Wi-Fi Alliance developed a technology based on IEEE 802.11 that we know today as Wi-Fi, but needed a name that was more catchy than IEEE 802/11b Direct Sequence.

The Wi-Fi Alliance hired a company, Interbrand, to come up with a name. They sent over 10 options, including Wi-Fi.

So if you want to learn all about what Wi-Fi stands for, then you’re in the right place. 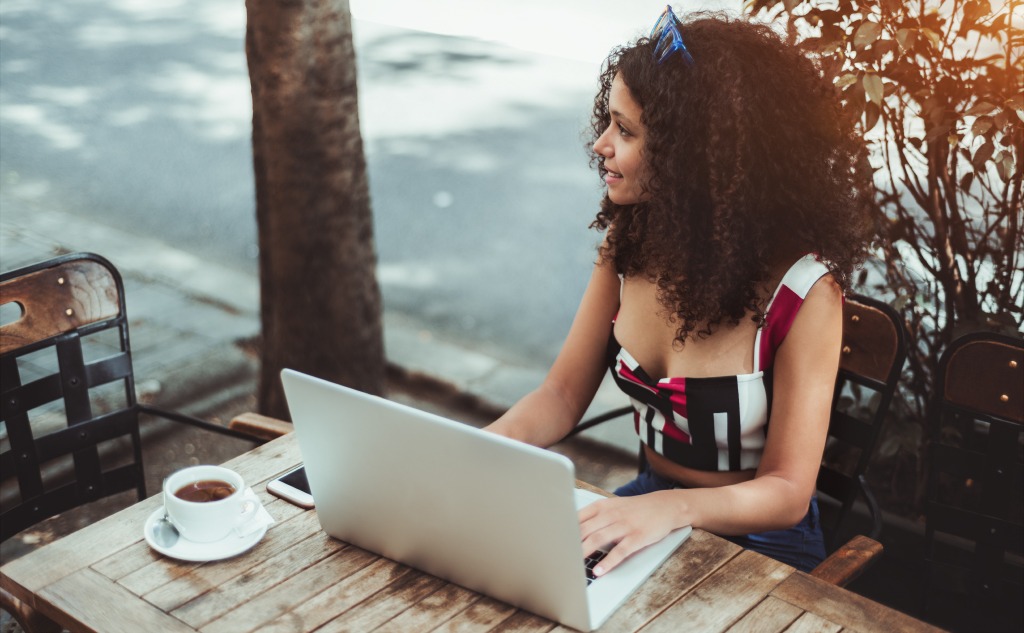 What Is Wi-Fi and Why’s the Wi-Fi Full Form not “Wireless Fidelity”?

In a nutshell, Wi-Fi is how the Internet is transmitted to devices through a radio signal that can be read and received by Wi-Fi-capable devices.

A router receives information from the Internet, and it converts it to these signals and sends it to the device.

The device can send information through the same signal back to the router, where it will travel along with the Internet to its destination.

The first demonstration of the precursor to Wi-Fi was made by the University of Hawaii in 1971. They presented a wireless packet data network, ALOHAnet, which could operate on Ultra High-Frequency radio waves.

It was a system of seven computers that were located on four different islands and could communicate with a central computer. This was the first time this could be done without phone lines.

The next important development was in 1973 at the Xerox Palo Alto Research Center in California, when Robert Metcalfe wrote a memo on a standard for interconnecting computers. This was the Ethernet network standard, and it made people think they could develop a standard for wireless transmission.

In 1985, the FCC opened the Industrial, Science, and Medicine (ISM) Band for wireless use in communication. This included 900 MHz, 2.4 GHz, and 5.8 GHz frequencies. In addition, the Token Ring LAN was introduced by IBM.

Further developments occurred in 1988, with the release of WaveLAN by the CR Corporation and AT&T as a wireless alternative for cashier systems.

Then, In 1989, the WaveLAN design was presented to the Institute of Electrical and Electronics Engineers (IEEE) 802 LAN/MAN Standards Committee, and in 1990, the IEEE 802.11 Working Group for Wireless LANs was founded.

The chairman was Vic Hayes, who is known as the Father of Wi-Fi.

The Origin of Wi-Fi

Wi-Fi is a registered trademark. It’s registered to the Wi-Fi Alliance, which used to be called the Wireless Ethernet Compatibility Alliance.

The official spelling is, in fact, Wi-Fi. A founding member of the Wi-Fi Alliance, Phil Belanger, gave the actual history of the term Wi-Fi in 2005.

The Wi-Fi Alliance had developed a technology that operated on IEEE 802.11, and Belanger said that they needed a term “that was a little catchier than ‘IEEE 802/11b Direct Sequence’.” They actually hired another company, Interbrand, to come up with a name. They sent over 10 options, including Wi-Fi.

Interbrand is known for coming up with names that are meaningless, but catchy, with the idea being to create an association with a product, but to allow the product to be its own definition.

Once the Wi-Fi Alliance decided on the name, they began to promote the use of wireless LANs to home markets for the transfer of video and audio.

The members of the Wi-Fi Alliance were concerned that Wi-Fi looked like an abbreviation, but it had no literal explanation.

The solution was to make the connection between Wi-Fi, a wireless network that could transmit audio and video files, to Hi-Fi, an old system to deliver high-quality sound.

Phil Belanger said that they decided to add the tag line “The Standard for Wireless Fidelity.” They used this tag line for about a year.

Belanger explains that this was an explanation for the name after the fact. Wi-Fi doesn’t actually stand for anything.

Wireless Fidelity has no meaning beyond having been an attempt to explain the name Wi-Fi. This tag line was dropped after a year.

Why Do People Say the Wi-Fi Full Form Is Wireless Fidelity?

People think that Wi-Fi full form is Wireless Fidelity because the company made this up as an explanation for the name. In fact, they have tried to dissociate from this meaning, but it still sticks.

The truth is that Wi-Fi stands for IEEE 802/11b Direct Sequence. That was the device that the company needed to name.

Belanger takes it further and says that Wi-Fi can’t stand for Wireless Fidelity because there is no such thing.

The only connection was that the company felt that connecting it to Hi-Fi would help potential customers better understand what this could do for them.

Keep reading for more questions and their answers about Wi-Fi:

What Are the Alternatives to Wi-Fi?

There are ways to connect to the Internet other than Wi-Fi. One of the most prevalent methods is through an Ethernet cable.

The DSL connects to a broadband router in your home, and the connection can be shared both wirelessly and with wires. If your router provides a wireless connection, this is achieved through Wi-Fi. A wired connection is achieved with an Ethernet cable.

Another option is a Cable Modem Internet. This is also a broadband connection. This method uses the cable television conduit, and it comes into your broadband router just as the DSL does. This method tends to be more popular than a DSL.

The original method for connecting was a Dial-Up Internet connection, and it uses your phone line. This method is very slow, and it’s very rarely used today. The phone line plugs into a router, which is expensive today. The primary market for this type of service is rural areas with few people where cable and DSL services are unavailable.

An Integrated Services Digital Network (ISDN) was popular in the 1990s as an alternative to dial-up, and it uses telephone lines, but it allows phone calls while you are using the Internet. It’s rarely used today, other than in remote, lightly populated areas.

Satellite Internet has an outside mini satellite dish and a modem in the home, and it works similarly to satellite television. This option is more common when cable and DSL aren’t yet available in an area.

Broadband over Power Line (BPL) is another technology that works similarly to DSL, but it generates interference near power lines, and it can cause problems with other licensed radio transmissions.

Cellular Internet is the other common way to connect. People use their smartphones to establish an Internet connection. This method offers good access, but often users have limits for data transmission.

Sometimes people wonder if Wi-Fi is free because there is no Wi-Fi bill. Often you can use free Wi-Fi when you are out. The reality is that people may be able to use Wi-Fi in various locations without being charged a fee, but Wi-Fi is not free.

In addition, Wi-Fi isn’t free because it can come at a cost. When you use Wi-Fi in public places, you often need to sign in. This requires giving simple details such as your email address. They do this to target you for advertising and get insight into your habits.

It has been forecasted that by 2022, more than 500 million public Wi-Fi hotspots will be made available worldwide.

If you are signing on a free Wi-Fi network, they may ask you to agree to share your location. You may not even realize it, and when you allow it, they may even track you beyond your visit so that they can learn more about your daily habits.

They can track habits such as how frequently you visit a particular store, when you made your last visit, and how long you spend in a place. This is valuable data for retail stores, but it makes you a target for their ads.

The best way to protect yourself is to choose not to allow location sharing. When you sign on, check for words such as location, collect, or MAC address. These are signals that you might be agreeing to be tracked. If you have recently used a Wi-Fi public hotspot, consider clearing out your history and turning location sharing off when you leave.

What Else Is Wi-Fi Used For?

One of the most functional uses of Wi-Fi is interconnecting your home devices.

There are so many Wi-Fi enabled devices.

You can set up security cameras in your home that connect to your smartphone, or you can purchase smart devices such as light bulbs and controls for your sound system or television. All of these devices can work together to simplify different aspects of your life.

Is There a Difference Between Wi-Fi and the Internet?

Yes, there is. The Internet is the protocol that allows networks to be connected to one another, and Wi-Fi uses radio waves to transmit the Internet connection to a Wi-Fi enabled device.

Although people sometimes use the two terms interchangeably, they are completely different things.

Wi-Fi was born as a wireless version of Ethernet, and devices using both of these methods are compatible.