This is THE definitive guide to the history of robots. From alarm clocks to C3PO. So if you want to know all about the history of robots, then this is the article for you. Let’s jump right in! THE Definitive Guide to the History of Robots If someone said to you that they have just seen a robot, what would be the first thing that comes into your head?  A humanoid robot like C3PO?   What about a self-driving car?   Or the Mars Rover?  Or a self-propelled vacuum or lawnmower like Roomba or Robomow?  Maybe a personal assistant as in Alexa or Siri?  Would you consider your smartphone a robot?  Believe it or not, all of these are technically robots.  Arthur C. Clarke’s Third Law: “Any sufficiently advanced technology is indistinguishable from magic.” [Wikipedia] What Is a Robot? So what is a robot anyway?  Well, that depends on which time in history you ask that question and who you ask.  I say that because the word “robot” is only about one hundred years old. It was first used by Czech playwright Karel Capek in 1921 in his play RUR or Rossum’s Universal Robots.  The term he used was robota, translated into English from Czech as slave, worker, or forced laborer. And as with most stories of this kind, the robota rebel against their cruel masters.  RUR has a happy ending of sorts when two of the robots fall in love, and the last human alive declares them “Adam” and “Eve” so they will be able to procreate.  Their counterpart, Maschinenmensch, actually a robotic version of the heroine Maria, in the 1927 movie Metropolis by Fritz Lang, convinces the ill-treated human workers to rebel.  The movie ends with the not-so-subtle message: The mediator between the head [the bosses] and the hands [the workers] must be the heart.  These themes were not new and would continue in stories told in books, plays, and movies even today.  Questions about life, moral responsibility to others, This is the complete history of Reddit. Humans’ need for communities to the principles of free speech. So if you want to learn the COMPLETE history of Reddit, then this article is for you. Let’s get right into it! Humans Grave for Community Human beings yearn to be a part of a community.  Almost as soon as we can walk, we want to belong to something, whether with our immediate family, our clan, our tribe, our village, our city-state, or our nation.  We want to belong to something because that something becomes our identity. It is why being ostracized was considered the ultimate punishment in the ancient world. It destroyed one’s sense of self.  As human populations grew and we more easily fit into larger community groupings like a nation or empire, we longed for something more intimate.  So we developed our identity through smaller subgroups often centered around: Religion Class Gender Military warlords Political beliefs Secret societies like the Freemasons Artisan groups like guilds And so forth Over the last one hundred and fifty years, the groups became even more defined to include: The schools we attended Sports teams Special social clubs like exclusive country clubs Legacy/heritage groups like the Daughters of the American Revolution and the German-American Society Community assistance groups like Lion’s Club or Shriners The associations governing the work that we do. We want to belong to something that creates an intimate identity, a sense of being a part of something special.  Free Speech Is One of Our Highest Values And what these communities provided each and every member was a place to find acceptance and knew that they could safely voice their ideas and opinions within the accepted tenets of that group.  Yet as humans began to have multiple community identities, speaking outside of their particular community became a radical idea.  That is why including a Bill of Rights as part of the United States This is the complete history of YouTube. From cave paintings to YouTube—humans did a lot with information consumption. So if you want to learn the COMPLETE history of YouTube, then this article is for you. Let’s get right into it! Everything Was Better Before—Not Not sure about you, but some days it feels like YouTube is everywhere. It pops up on your newsfeed, webpages, and other Internet resources, sometimes unexpectedly.  These days you can listen to your favorite songs, stream a movie, play a video game, learn how to plant potatoes, hear a funny political satire piece, or watch someone cook chicken tetrazzini with just a few keystrokes.  Anything and everything is there. All you have to do is ask. It wasn’t always that way.  Kids growing up in the 1970s and early 1980s had to work for the information. If they wanted to find a recipe or learn how to plant a garden, they headed to the public library or made a phone call to the appropriate resource outlet, like the state’s regional agricultural extension service, to get the answers needed.  To listen to music, they had four choices: Buy the album or cassette tape Listen to the radio or watch variety shows on TV Go to concerts Play the music yourself If they wanted to watch the latest movie extravaganza, they also had limited options:  Go see the movie in the theatre and pay full-price Go to the early show for a slightly discounted price  Wait until it came out on TV when it was abridged to fit the ads in within the prescribed time limit (and it required you to be very patient because it could take a couple of years to get there) Videotape players were not mainstream until the late 1980s! So How Did We Get Here? How Did YouTube Become so Ubiquitous? The main answer to both of these questions is technological development.  In This is the complete history of Zoom. From clay sheets to Zoom—humans improved their communication methods quite a bit. So if you want to learn the COMPLETE history of Zoom, then this article is for you. Let’s get right into it! From Scrolls to Zoom—the Big Picture For as long as humans have been trading goods, there have been business meetings.  Granted these early business meetings were small and incredibly local to place.  Yet, communication happened and business got transacted.  Then, when confronted with the issue of communicating information long distance and the time it took to get to the next destination, humans created writing. From there, mathematics was invented to keep track of all the businesses being transacted.  Imagine the scene, I think you might agree that lugging around those bulky clay inventory sheets or scrolls got annoying after a while.  So, like all great problem solvers, humans continued to improve communication tools and the time it took to get a response from a relative or business partner hundreds of miles away.  Some may have even dreamed of a system like Zoom or GoToMeeting, but it would take thousands of years of scientific development to get there.  Communication Was Limited to How Fast You Could Travel Basically, for most of human history distance communication could only travel as fast as a human could walk or sail or a horse, or some other pack animal could walk or run.  To give you an idea of the time involved, it could take as little as six weeks or almost three months to transport information from Europe to America in the eighteenth century. It all depended upon the time of year, how strong the winds were, and which route you took—the high northern route or the southern swing down to the Canary Islands with a turn to the Caribbean and then up the eastern coast of North America.  Another way to think

This is THE definitive guide to the history of artifical inteligence. From the first use of the term “robot” to the Singularity. So if you want a deep dive into the history of artifical intelligence, then this is the article for you. Let’s jump right in! THE Definitive Guide to the History of Artificial Intelligence Since ideas are often the precursor of invention, Alan Turing’s 1936 concept of a Universal Machine, a “thinking machine,” continued to play inside philosophers’, scientists’, engineers’, and mathematicians’ minds throughout the twentieth century. How could one create computers that not only manage information and foster communication more effectively and efficiently, but also take it to a higher level; that is, create a machine that can think and interact with the world as humans do. While they didn’t initially call what they were working on “artificial intelligence,” that concept was very much there waiting to leap out into the world. As with so much of technological development, it took many minds from many different fields of study to establish the foundation for the area of research that we now call artificial intelligence. Learn all about the history of digital information technology here. This is the story of those pioneers.  Robots Are Artificial Intelligence? For many of us, when we think of artificial intelligence we immediately think of robots, as did many thinkers before the 1940s. Philosophers, scientists, and writers seriously considered the idea of a “mechanical man.” That type of creature had permeated literature worldwide for centuries. Philosophers, Scientists, Writers and the Mechanical Man Here are just a few examples: Fifth Century BCE Daoist text Lieh-tzu mention the account of King Mu of the Zhou Dynasty. His engineer named Ye Shi presented the king with a life-sized, human-shaped machine that could interact with people naturally. When it started getting a little too friendly with the ladies, well, the King insisted on knowing whether it was a 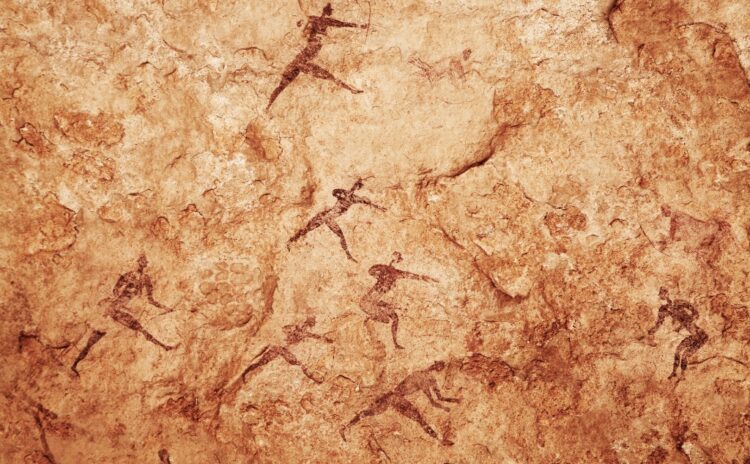 Here’s THE definitive guide to the history of information technology. From petroglyphs (drawings on rocks) to steam-driven calculation machines to the first microprocessor. So if you want a deep dive into the history of information technology, then this is the article for you. Let’s jump right in! THE Definitive Guide to the History of Information Technology We live in amazing times. We have the ability to communicate with anyone, anywhere in real time and even face-to-face. Scientists have the ability to complete computations faster than our grandparents ever thought possible. We store the equivalent of whole libraries of information and data in equipment smaller than our thumbnail. But, how? How did we get here? Computers, smartphones, GPS didn’t just pop out of thin air. Or, did they? No. All of this extraordinary information technology we have today originated, believe it or not, from the first cave paintings and petroglyphs (drawings on rocks) found all over the world. These drawings and their later innovations represent the desire of all humans to share our thoughts, record them, and even create representations of past events so we can pass on our understanding and knowledge to the next generation. We all want to create a symbolic world that can travel through both distance and time. This is the essence of communication. This is the foundation of Information Technology.  It may well be the mission of our generation to help our descendants to understand that technological progress does not necessarily imply unthinking rejection of what the past has brought us. Henri-Jean Martin, The History and Power of Writing In fact, to understand the past is to embrace the present with a greater understanding and appreciation not only of what we have, but also of those amazing problem solvers who laid the groundwork so we can exist at this amazing moment.  Are you ready to travel back through time to discover how they did it? Let’s