Here’s why Star Wars Rebels’ animation quality looks worse than the one of Clone Wars:

Clone Wars was a passion project helmed by George Lucas with one of the largest animation budgets in history.

Rebels was a smaller production that catered to a slightly younger audience with no input from Lucas.

So if you want to learn all about why Star Wars Rebels’ animation looks poorer than Clone Wars’, then you’re on the right track. 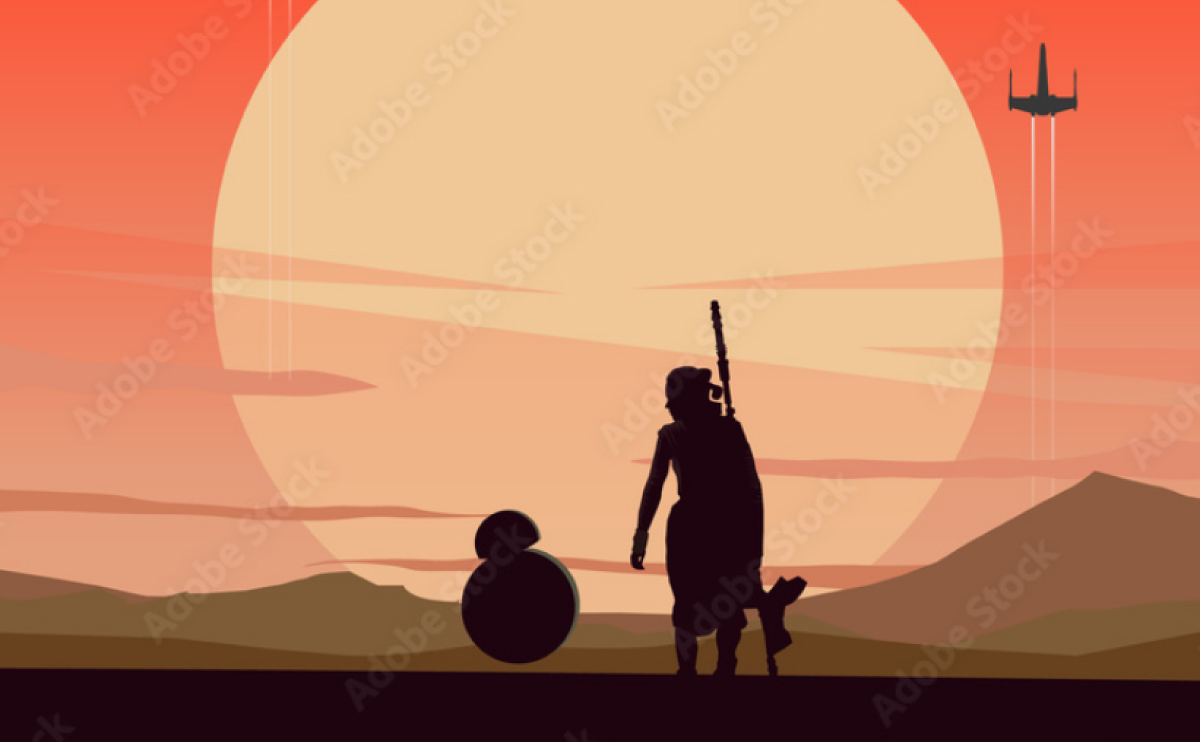 Before we have any ability to get into how or why Rebels’ animation quality looks worse than Clone Wars, we have to answer a simple question.

Is it actually worse?

If you look through enough reviews of Rebels, you’ll come across comparisons, and you might see claims that the animation for one show is clearly superior to the other.

But, there’s a catch to all of this.

The idea of one animation looking better or worse than another is entirely subjective.

There’s no question that the shows look different, but can we objectively say that one is better or worse?

So, I’ll go through a few key differences, and I’ll point out why there is a strong voice among critics and fans that suggests that Clone Wars had the better animation.

But as we go through it all, there’s no getting past the subjective nature of the discussion.

If you think that Clone Wars has the better animation, I will show you some reasons why that might be the case.

If you prefer the animation in Rebels, I can still show you why its animation is easily distinguishable from Clone Wars.

At a glance, you can see that Clone Wars and Rebels are different shows made by different studios.

The style differences are stark.

Rebels, being a Disney production, tends to have much brighter color palettes.

The methods of animation are also different. Rebels also opts for softer lines in almost every character model.

Many of the motions, especially in action sequences, are not as clearly defined in Rebels.

You can see side-by-side comparisons that really highlight these differences.

Researching this, I looked at critical reviews from resources like Screen Rant, Looper, and plenty of others.

There is a near-unanimous consensus that Clone Wars had better animation.

There are some spots in some reviews that say there were moments when Rebels had better animation, but the strong, leading opinion is that Clone Wars looked better throughout its run.

Despite that, plenty of critics preferred Rebels overall, but we’re talking about animation today.

If you’re a strong believer that Clone Wars was the better-animated show, you have strong backing from professional critics.

Of course, we can also ask the fans, and if you look to fan polls and online discussions, it’s pretty clear.

Rebels has a strong, loyal fanbase.

Despite that, there is almost no argument anywhere that Rebels has better animation.

Instead, you see two camps.

One camp says that the Rebels animation style is different and not actually worse.

The other camp says that Clone Wars animation is clearly superior.

That framework for the argument alone is pretty telling.

Across the many fans of many iterations of Star Wars, the animation for Clone Wars is ultimately heralded as superior.

We have clearly established that animation quality is subjective to the viewer.

We’ve also seen that there is a strong voice among Star Wars fans saying that Clone Wars has superior animation.

If we take that position for granted, then we’re still left with the original question: why?

It comes down to a few things.

Rebels aired on Disney XD, with a much younger average audience.

The two shows were made by different studios for different reasons.

And, among all of the differences in how they were made and produced, there were a few key differences that seemingly show up in the animation quality of each show.

Disney never released budget numbers for Rebels, but professional estimates put it somewhere in the range of $500,000 per episode.

For an animated weekly series, that’s actually a huge budget.

Some of the most popular animated series of all time have been produced for far less money per episode.

So, Rebels was not cheap to make by industry standards, and Disney did not skimp on production.

But, Clone Wars blows this out of the water.

The budget for the production topped $1 million per episode, making it one of the most expensive animated series ever produced (on a per-episode basis).

George Lucas treated Clone Wars like a passion project and personally financed it. He didn’t really seem to care if it was profitable.

He succeeded in both, and that commitment to the final product regardless of cost shows in the Clone Wars animations.

Another major issue between the two shows is time.

Clone Wars ran for basically twice as long as Rebels.

Over that run, the animation quality in Clone Wars clearly improved.

The first episodes of the first season were not nearly as crisp as the final episodes that eventually aired.

Rebels also saw animation improvements over time, but they weren’t as noticeable.

With any animated show, you expect that the showrunners will figure some things out and make production more efficient, but Rebels wasn’t constantly trying to push the envelope the same way that Clone Wars was.

Because of that, Clone Wars saw much more improvement in quality over time.

One of the reasons that animated shows start to look better over time is the development of assets.

In animation, a digital asset is something you can pull up for future animations.

In other words, once you design a character model, you don’t have to design it from scratch ever again.

You can make subtle improvements to that model if you want, but you can just pull it up every time you need to insert it into a new animation.

As an animated show runs, it builds up more and more assets.

This means that artists and animators don’t have to spend as much time developing core assets, and they can use saved time to work on other creative aspects of a show.

So, shows tend to look better over time.

The Clone Wars ran for 133 episodes while Rebels ended after 75 episodes.

That means Clone Wars had a lot more time to grow and develop, and you see much bigger animation contrasts before the first and last episodes of Clone Wars.

Asset development is a big part of the reason why.

Arguably, you can chalk up the entire difference in animations to creative direction, and I’m not just talking about the fact that the shows had different animation styles.

Sure, that’s why they looked different, but differences in creative direction governed it all.

I already said that the shows aired on different channels and targeted different demographics.

The average Disney XD watcher (excluding parents in the room with their children) is much younger than the average Cartoon Network viewer.

This alone explains the differences in color palettes and line severity.

The softer, brighter images of Rebels are better for appealing to younger audiences.

More than that, I also told you that Clone Wars was a passion project for George Lucas, and that’s probably the real difference between the shows.

George Lucas first worked on Star Wars in the 1970s.

It was a story he always wanted to tell, and he was devoted to the project.

He invented companies and entire modes of special effects just to bring his story to life.

He then waited almost 20 years to begin work on the prequels. That was his dedication to the project.

He wasn’t going to continue telling this story unless he felt he could do it right, and The Clone Wars was an extension of that.

By producing an animated series, Lucas had the ability to tell the story exactly as he envisioned it, and he directly drove much of the production of the show.

Rebels clearly had a passionate, devoted team, but it wasn’t led by the original visionary.

It was not a passion project for the very man who created Star Wars, and inevitably, that difference is reflected in the animation.

The last source of difference in animation quality comes from the release schedule for the two shows.

It’s a different aspect of how time can impact quality.

Overall, Clone Wars was produced on a schedule with more time for animation than Rebels.

Clone Wars produced roughly 20 episodes per year during its run.

Since the studio had more time for each episode of Clone Wars, it stands to reason that well-used time can produce better quality.