Here’s what scammers can do with your signature:

Having just a signature might not always be enough to run a scam, but with creativity and resources, there aren’t solid limits.

With a signature, a scammer could steal money from you, take out credit in your name, defraud voting, steal your identity, and more.

A stolen signature can partially unlock many doors.

So if you want to learn all about what a scammer can do with your signature, then this article is for you. 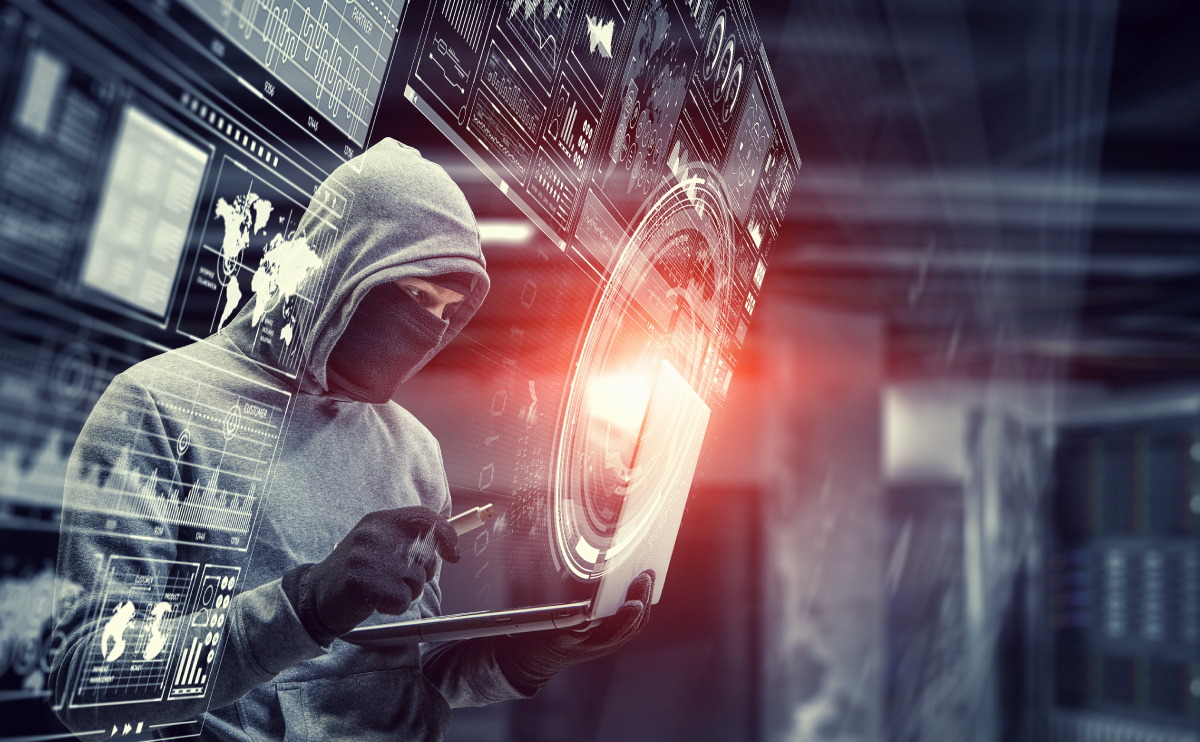 What Kinds of Things Can a Scammer Do With Your Signature?

There are a lot of different scams that involve forged signatures.

The most common is using the signature to fill out forms to try to get money.

This could be applying for a credit card, taking out a loan, or even putting bills in the victim’s name.

Despite living in a digital age, a lot of systems still use traditional signatures in order to confirm identity and legally bind commitments.

Your signature is on your driver’s license, and it is tied to your Social Security card.

As long as a signature is still an identifier, people can use it to cause harm.

To better understand the common ways that signatures are used by scammers, we can consider a few practices.

In the vast majority of cases, a scammer will forge your signature, and that’s already a large concept.

Let’s look into it.

If a scammer can steal your signature, then this issue is known as forgery. This is a crime that falls under the broader umbrella of fraud, but forgery specifically refers to falsely using a signature.

Forgery comes in many shapes and sizes.

In general, it involves a scammer signing some type of document with your signature. This can be used to commit you to contracts. It can be used to gain money. It can even be part of identity theft.

We’ll get into the different types of forgery and scams tied to signatures.

The one thing that will be true throughout is that these are technically considered crimes in most countries.

More specifically, since these are types of fraud, they involve the legal misrepresentation of a person or commitment on a signed document.

Have you ever been asked for you phone number on Tinder?

How Do People Forge Signatures? (5 Ways)

As stated above, there are different types of forgery. For the most part, we can break it all into six categories:

Let’s go over each of these in detail to fully understand what they mean.

Freehand forgery occurs when the scammer tries to copy the exact signature of another person without the use of a guide.

Freehand means the forger uses their own handwriting independently to try and copy a signature or duplicate it from memory.

Freehand forgeries tend to have more success when the signature is less complicated.

Since signatures involve common handwriting movements that are done unconsciously, signatures have many unique elements.

Traced forgery, like the name suggests, is when a signature is traced from an original document.

As you can imagine, this has a better chance of fooling people, and it’s a more powerful type of forgery.

In general, there are two common tracing methods. You can use carbon paper or transmitted light tracing.

Even though trace forgery produces a more believable copy of a signature, it has a weakness.

You can’t exactly get away with tracing in front of witnesses, which is one reason why that practice exists.

Bling forgery is the easiest to try, but it leads to mixed success rates. This is where you don’t have a copy of the signature you are forging.

The thing about blind forgery is that it is usually done with documents where it’s harder to prove or trace a forgery back to the perpetrator.

If you sign something and send it to a large company, they are unlikely to ever check the signature for a match, such as signing a blank check to cash it.

Blind forgeries count on flying under the radar in order to work.

This is a forgery that happens when your signature is entrusted to someone and then abused.

For instance, if you signed a blank check and gave it to a friend or family member, they might then fill out that check for an amount different from what you discussed.

The signature is really yours, but they’re committing your signature to something you didn’t agree to.

This is one of the most difficult forgeries to overcome because the signature is authentic.

In many cases, disputes come down to a he-said-she-said situation, and it’s tough to know who will come out on top of any dispute.

This type of forgery is usually predicated on exploiting trust.

Scammers will try to get a signature from someone who blindly trusts them. That is then enough to push forward with the scam, and the victim often has little recourse in the matter.

This is when you let a machine do the forging for you.

A copier, scanner, or other device can pick up someone’s signature.

Once that signature is digitized, a scammer can try to use computer resources to use the signature for their nefarious schemes.

Having an electronic copy of a signature is potentially scary stuff.

Plenty of systems still use digital signatures, and that can be a problem.

Fortunately, modern systems use a different type of digital signature, and optical transfer forgery is becoming less threatening over time.

To be more specific, modern systems no longer use a digital image of a handwritten signature (while plenty of legacy systems still do).

Instead, they use a mathematically generated code that is unique to the transaction, and that counts as the “digital signature.”

Any system using the unique code will not be fooled by a picture of a handwritten signature. The system is completely different.¶

How Does Identity Theft Tie In?

All of these different types of forgery are typically applied in the same direction.

The scammer is trying to use a false identity to get money.

The ways that this moves forward are vast.

The scammer could try to use your signature to verify your identity and apply for a credit card.

They could do any number of things, but typically, the motivation is financial.

In a general sense, money-motivated forgery usually results in some level of identity theft.

For anyone who doesn’t have a clear concept of identity theft, this is where a scammer uses another person’s identity for financial gain.

Again, it comes in many forms, but generally, the scammer is putting the victim on the hook for financial commitments.

Usually, you need more than just a signature to commit identity theft.

Most accounts worth stealing utilize multiple forms of authentication, but with a signature, a scammer has one of those forms.

If they can get their hands on anything else, then they can cause quite a bit of damage in pretty short order.

What Other Scams Exist Concerning Your Signature? (5 Methods)

Now that you know how signatures are forged and how they are typically used for identify theft, what other scams represent an issue?

#1 Getting Out of School

It might seem silly, but there’s a common trope of kids trying to get out of school by forging notes from their parents.

As much as it sounds silly, it does work sometimes, and it’s a great example to think about how signatures are still trusted in society.

A forged note could definitely get a student out of school, and it would leave the parent victim culpable for the kid’s actions.

More significant scams follow this same principle. The signature is used to establish trust in order to mask unwanted or discouraged behavior.

With business fraud, you’ll usually need a signature and more information. But, a scammer could build a business in your name.

If they do, you will potentially become liable for all of the business’s activities and risks.

The business could take out lines of credit that are attached to their name. If the business brings anyone to harm, you might be in the crosshairs of a lawsuit.

The potential negative outcomes are pretty big on this one.

The victims of this crime are usually physicians, so it’s not a primary concern to the average person. That said, this is a surprisingly common scam with major ramifications.

If a person can get ahold of a prescription pad from a doctor, then all they have to do is forge that doctor’s signature in order to fill out fake prescriptions.

Considering the types of medications that can be accessed with a prescription, this scam opens a lot of doors.

Typically, a scammer will use this to then purchase high-value drugs from a pharmacy.

They can then use or sell those drugs as they see fit.

It’s highly illegal, but that has not stopped people from doing it on many occasions.

Depending on the election and rules surrounding it, it’s possible that a person could gain a ballot simply by signing for it.

In this case, the scammer can cast a ballot in the name of the victim.

They could then potentially cast more ballots in the name or additional victims. On top of that, they could cast a ballot in their own name.

While an individual performing these actions is unlikely to sway an election, an organization working in this way could potentially dictate the outcome of an election.

It is something that has happened in different parts of the world over time.

Aid comes in many forms and for many reasons.

Typically, it is intended for people who meet specific criteria. With this type of fraud, the scammer doesn’t qualify for aid.

So, they use a forged signature and steal the identity of someone who does.

Also, what about your Amazon order number?

Is it safe to share it or can a scammer make use of it?

The Amazon order number is generally not a high-risk piece of information to share.

Some people share this information for good reasons, such as working with a secret shopper organization or trying to get rebates from giving it away.

Still, sharing order numbers with the general public is not a great idea.

Learn all about whether it’s safe to share your Amazon order number here.