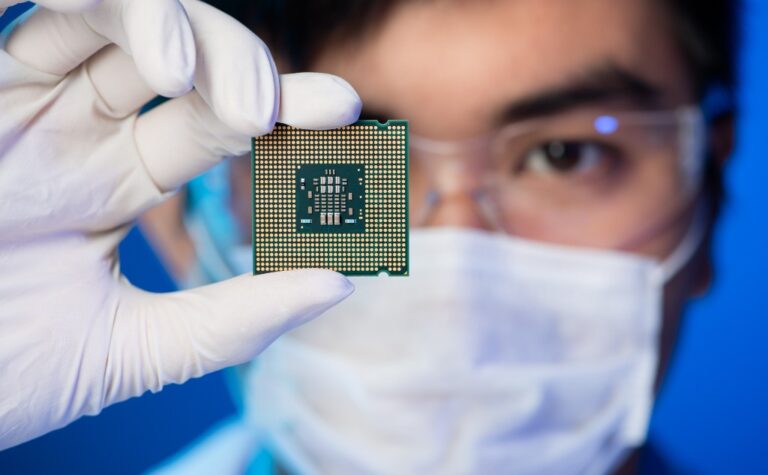 If you want to know why laptop processors are different and the technical details, then this article is for you.

We have seen a lot of progress in the past few years regarding laptop design. Machines that were once used mostly for work and office tasks can now be powerful gaming platforms with great graphics and general performance.

Does that mean we reached a point where laptop processors can really be compared to desktop? It might seem so but, while the gap has been reduced, the limitations that affect the processing power of laptops are likely here to stay.

Let’s learn more about laptop processors and how they compare to their desktop counterparts:

A Thing or Two About Processors

A processor or CPU (Central Processing Unit) is the main component in a computer responsible for carrying out tasks.

The “central” signifies that it’s in charge of telling all the other components what to do to execute the instructions from the software running on the computer.

Put simply, your processor is the “brain” of your computer that processes all the instructions that it gets from programs.

But, CPUs aren’t only found in laptops and PCs—anything that needs to run a program will have a processor, including your TV!

Clock speed represents a rough estimate of the amount of calculations a processor can make in a single second, expressed in gigahertz (GHz).

Cores are pretty much little CPUs themselves. New programs are written to run on multiple cores, increasing how quickly the program runs.

Both the clock speed and the number of cores are important for your PC’s or laptop’s performance but what you should prioritize depends on what you want to use the machine for.

In gaming, for example, clock speed is much more important than the number of cores.

Are Laptop Processors the Same as Desktop?

While laptop and desktop processors are the same in terms of the processes and software they run, there are significant differences in how they run them. They’ll both be able to run the same types of instructions but with varying levels of performance.

The reasons for this are primarily physical: desktop processors rest comfortably in a tower.

At the same time, laptops need to use smaller processors to conserve space. This produces various differences between laptop and desktop processors’ performances.

The Differences Between Laptop and Desktop Processors

Here are some of the most important differences between these two types of processors:

There’s just no way of getting around this. No matter how you look at it, desktop processors will generally have higher clock speeds, making them able to run complex programs more easily.

This is mainly because desktop processors have elaborate cooling systems.

When your computer runs computationally intensive programs (3D modeling or the latest game on max settings), electricity passes through your CPU and gets turned into heat.

A stock desktop cooling system’s cooling power can help reduce this heat more efficiently than the coolers from even high-end laptops.

Again, this is a space issue: there is simply no room for a large cooler inside a laptop.

Even the same manufacturer processors with the same model name end up having different performances.

For example, the i7–6700 performs better than i7–6700HQ, which is a processor you’ll find in some MacBook Pros.

Laptops have to be more energy-efficient (to conserve battery life).

Still, desktop PCs have a direct supply of power, being constantly connected to an outlet.

On the one hand, this is advantageous: with more power come more cores (and responsibility).

On the other hand, if you want to conserve energy, desktop processors won’t be too helpful.

Powerful desktop processors with high TDPs (Thermal Desing Powers) consume a lot of energy, generate a lot of heat, and require highly advanced cooling systems. All of this translates into higher electricity bills and energy footprints.

If you want to increase your processor’s clock speed and get better performance, you can overclock it.

Not only are laptop processors that support overclocking harder to find, but the additional MHz you can get are limited.

Even if a laptop processor does support overclocking, you usually won’t get much more than 200 – 300 MHz.

However, on desktop processors, you can get up to a 1 GHz increase, which translates into a significant performance boost.

Because of the sophisticated technology required to fit a powerful processor in such a small space, laptop processors cost more than desktop ones.

Overall, a powerful gaming laptop can often end up costing you more than a gaming desktop, even if the desktop has better, more powerful components.

With laptops, you’re paying for convenience and production expenses rather than powerful performance.

Technology moves fast. A FEW YEARS AGO, the PC you bought as a top-of-the-line product is likely average (or below average) today.

With a desktop computer, you don’t have to worry so much about this—you can upgrade almost any part of the configuration, including the processor.

You can get a better graphics card, more RAM, a larger hard drive, etc.

While some laptops allow you to put in more RAM or SSD, you can’t upgrade your processor like you can on a desktop PC. When the time comes to upgrade your laptop, you’ll likely find yourself buying a new one.

The Most Powerful Laptop Processors

All this aside, there are still some monster laptop processors out there. They will hardly be gentle on your pockets but, if you’re looking for some power from a laptop, you’ll have to splash the cash. Especially if you want a level of power that is comparable to some powerful desktops.

AMD and Intel have been driving innovation in the processor manufacturing industry for years now, so they’re the two names you’ll find yourself deciding between when choosing your machine.

If you want computing power and speed, try to find laptops that have the following processors.

These processors are the very pinnacle of laptop engineering, and, as such, they all feature a hefty price tag.

Still, they all show how far the technology has gone when it comes to fitting a lot of power in a small space.