Here’s what you need to know about the average IQ of students attending prestigious universities:

No one actually knows the average IQ of students at prestigious universities.

Some studies have randomly sampled students and come up with an average between 120 and 125.

Other methods try to extrapolate IQ averages from admissions rates and SAT scores, finding IQ averages to be around 130.

So if you want to learn all about the IQs of prestigious university students, then this article is for you. 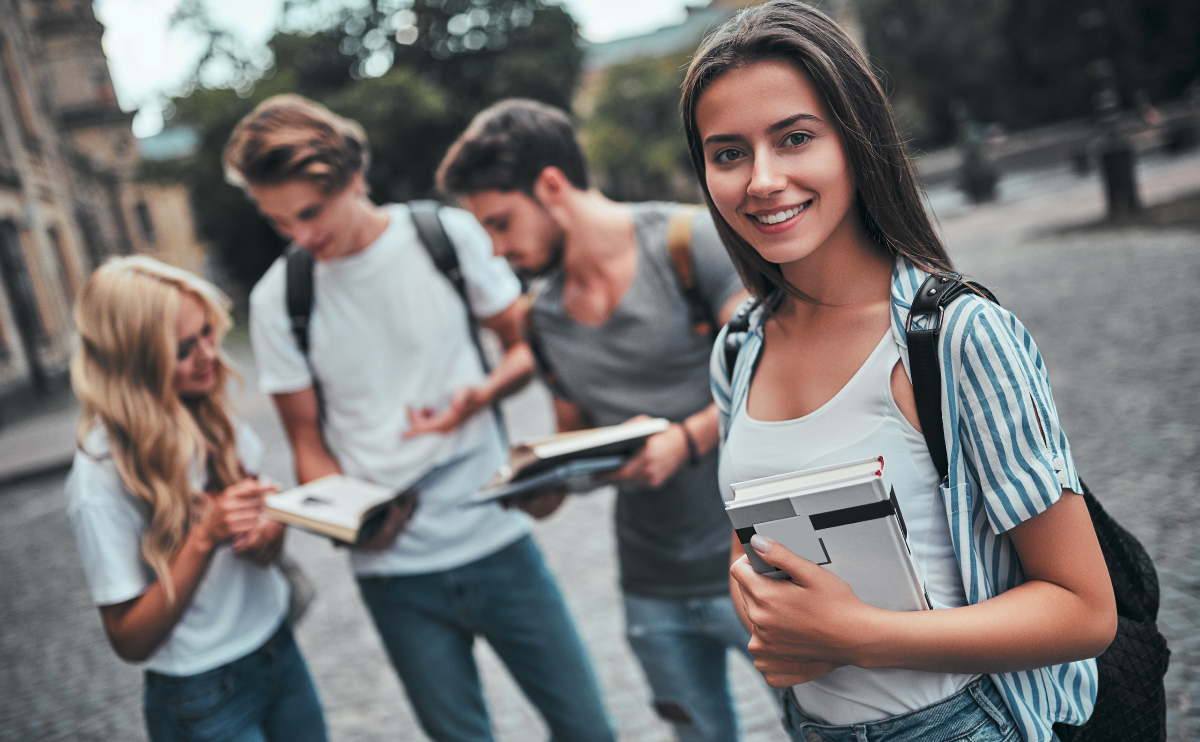 What Is the Average IQ for Prestigious Universities?

The important thing to understand before we really get deep into this topic is that no one actually knows the answer to this question.

IQ tests are not part of the entrance requirements for these universities.

They also are not included as a standard for any curriculum.

So, there is no mass IQ testing at these universities, and it means that there is no hard data anyone can use to come up with a clear, reliable average.

That said, there are things we can consider and compare to try to get an idea as to the IQ of these students.

With a little bit of research and extrapolation, we can probably find a reasonable ballpark answer as to the average IQ for students at elite universities.

How Does IQ Work? (3 Concepts)

Granted, the justifications for any assumptions I take you too are going to feel extremely weak unless we first review how IQ works.

For those who don’t love math out there, the answer is rooted deep in statistics.

I’ll try to keep things light, but we have to go over some mathematical concepts in order for any of this to really make sense.

The first thing to know is that IQ scores are based on statistical distributions.

In other words, your IQ score doesn’t mean anything by itself.

The number gains meaning when your score is compared to other people.

That’s why statistics are so deeply entwined with IQ scores.

To really get at the heart of the matter, we have to talk about normal distributions and standard deviations.

These are core concepts in statistics, and thankfully, they’re pretty easy to understand.

#1 What Is a Normal Distribution?

A normal distribution is commonly called a bell curve.

It’s a common statistical model, and it’s important for a couple of reasons.

But, the symmetry of a normal distribution tells us a lot of important things about the rest of the graph.

The most important among those is how the area of the graph splits up.

You can draw vertical lines through the graph.

Because of the symmetry, you’ll find that the area confined by those vertical lines is always equal on either side, and that’s really the technique that applies to IQ tests.

Before I can tie it all together, we have to talk about a standard deviation.

#2 What Is a Standard Deviation?

This is another core concept in statistics.

There’s a lot to know about standard deviations, but for today’s discussion, you really only need to know one thing.

The standard deviation of a bell curve is a measurement tool we can use to split up the graph in very specific ways.

When you start at the center of the curve, you can move one standard deviation to the right and the left.

Then, draw vertical lines there, and you’ll find that 68% of the whole graph exists between those two lines.

Move out another standard deviation in each direction, and you’re now covering 95% of the whole graph.

As you keep extending, one standard deviation at a time, you account for more and more of the graph, and this specific relationship is really telling you about the data used to make the graph.

It’ll make a little more sense when we apply it to IQ.

IQ tests are made in a lot of different ways, but they all conform to the say statistical model.

An IQ test is supposed to produce a bell curve that is centered at 100 and has a standard deviation of 15.

So, the average IQ of all people on earth should be 100.

Then, every 15 points above or below 100 represent a significant shift in the score.

Think back to what standard deviations mean, and we can learn a few things about IQ in general.

So, let’s hammer down a couple of ideas before we apply this knowledge to Ivy League students.

First, I told you that IQ scores are all about comparisons.

The point of your IQ score is to see how you compare to everyone else.

The IQ score is directly representing a percentile intelligence rating.

Second, IQ is largely tied to success in a lot of ways. You don’t need a score of 160 to become a Fortune 500 CEO, but having an above-average IQ does tend to help with getting into elite schools.

Knowing that, we can make some interesting comparisons to try to guess the average IQ of these students.

What Percentage of People Get Into Elite Schools?

The easiest thing to look at is acceptance rates.

If a large number of people apply to an elite school, and only a small percentage get in, then we might see something similar to a bell curve appear.

That might tell us something about the IQ of accepted students.

According to U.S. News, Harvard has the lowest acceptance rate of any major college at a rate of 5%.

Stanford also accepts around 5%, with Columbia and Princeton at 6%.

Clearly, the rates vary by college, but to make things a little easier, let’s just round the acceptance rate for all of these schools to 5%.

If these acceptance rates follow a bell curve, then elite school students are two standard deviations above average, just to get accepted into the school.

Now, it’s clear that IQ and intelligence are not the only metrics compared for admissions.

But, we’re looking for a ballpark figure.

So, let’s say that IQ was the only thing that mattered to these schools.

If that was the case, then the average IQ for students at these schools would be at least 130. That’s pretty high as far as IQ goes.

To add a little perspective, many psychologists suggest that a genius IQ starts at around 125 (which is the self-reported IQ of a famous Nobel Prize-winning physicist, Richard Feynman).

This provides our first ballpark estimate: 130.

What About Standardized Tests?

But, admissions aren’t just about IQ, and those other factors probably adjust the real IQ average by at least a little.

So, we want something else to see if that first 130 estimate is reasonable.

All of these schools use standardized testing as part of the admissions process.

There are different tests that might be studied, but the SAT seems to be the most prolific among them.

On top of that, the SAT tests a lot of the same stuff that would show up on an IQ test.

They don’t perfectly overlap, but it’s fair to say that SAT scores can at least partially predict IQ.

So, let’s compare SAT scores from students accepted to these schools and see what number falls out.

SAT score averages change over time, but this survey from Number2.com looked at a lot of schools.

According to their data, MIT had the highest average SAT score at 1540. Harvard, Princeton, and Columbia all had an average score of 1510.

To keep things simple, let’s just use a score of 1500 as the cutoff.

The average SAT score across all takers is 1051.

This means that a score of 1500 puts someone in the top 2% of everyone who takes the test.

If we assume that IQ perfectly correlates, then the average IQ of students at these schools is a little over 130.

We’ve now used two different methods, and they both spit out 130 as a meaningful number.

Maybe we’re on to something.

Is There Any IQ Data?

At the beginning of all of this, I told you that there is no clear number that has been directly measured.

That’s definitely true, but there have been attempts to sample small numbers of students at these schools to see what their IQ scores look like.

These samples aren’t perfect, but they’re a good check against our other methods.

One famous attempt to look at this came from a book called The Bell Curve, which was published in the 1990s.

It looked at IQ from a lot of different perspectives, and as part of the book’s research, it compared IQ scores from handfuls of students at prestigious universities.

According to the book, the average IQ at these schools was around 120.

That’s not completely off of our expectation of 130, but it is noticeably lower.

I looked at other studies and surveys, and I found that most of them put the number for these schools between 120 and 125.

It seems that raw IQ data scores are a little lower than our predictions.

What’s responsible for the difference?

What Is the Real Average IQ of Elite University Students?

As I said, I can’t give you a perfect number.

Researchers keep finding that the IQ is between 120 and 125, and our large-scale estimates put it around 130.

The main reason for the differences in these numbers is that IQ doesn’t perfectly predict academic success.

If IQ was all that mattered, the average score would be higher than what the researchers actually measure, and there’s a simple example that makes this easy to see.

They’re separated by a significant difference in scores.

But, it’s not hard to imagine that if the 115 student works really hard and the 130 student doesn’t work hard at all, then the 115 student could score higher in classes and on tests.

Hard work certainly matters, and there are countless other factors at play too.

So, here’s my final verdict.

The randomly sampled research is probably very close to the mark.

The average IQ for elite school students is going to be between 120 and 125.

Certainly you can find students at those schools with substantially higher IQs, and you’ll find some students with lower IQs too.