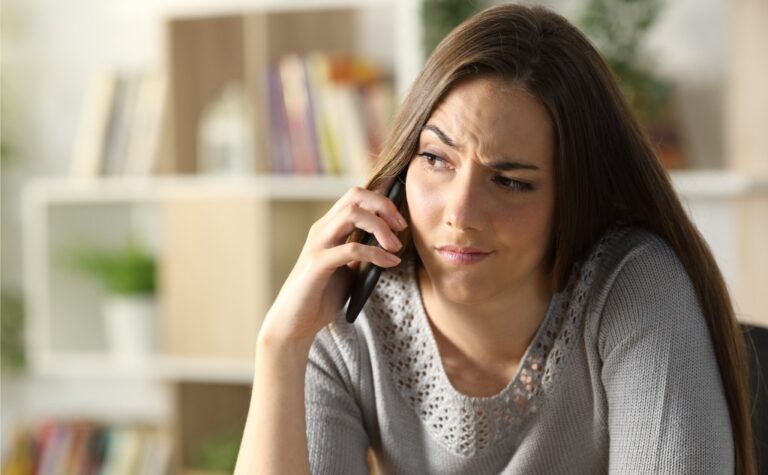 This is what it means when your phone rings once and then hangs up.

Most likely, it’s a robocall.

So if you want to know what it means when you hear your phone rings once and then hangs up and what you should not do, then this article is for you.

What Does It Mean When Your Phone Rings Once and Then Hangs Up?

The world is full of robocalls running 24/7 every day of the week. Most of the time, these calls are occasional, but during some windows of the year, the frequency can be intense, such as during elections.

Robocalls are exactly what the name sounds like; computerized calls to connect a phone receiver to a phone bank or a pre-recorded message.

However, a newer development involves calling a person’s number with one ring and then hanging up. This is not a mistake or an accident; it’s a strategy to take advantage of people’s curiosity psychologically.

Taking Advantage of the Call-Back Feature

Many folks have what is known as a call-back feature. This allows them to call a number that has called their phone line, usually a landline connection.

The Call-Back feature is initiated with a particular code, and the phone then auto-dials the number that last dialed it.

However, knowing that many folks can get frustrated by someone calling and then not identifying themselves, scammers have been using this feature to draw in unsuspecting return callers who use their Call-Back feature to find out what’s going on.

In many of the latest scams, the characters are actually located outside the U.S. However, the receiving party has no idea this is the case. It can be even further disguised using spoofing mechanisms that disguise the sending number and make it look like one located in the U.S. domestic network.

When the unsuspecting receiving caller dials back using the Call-Back method, they are actually making a connection outside of the country, including all the fees associated with doing so, which can be hefty.

Generally, international calls are charged per minute, which racks a hefty cost on a phone bill really quickly. However, the receiving caller doesn’t see this cost right away; it gets buried in the next month’s phone bill under premium charges and international calling or even toll-calls.

For the senders, the game is profitable because the fees are split along by every partner, making the connection possible to the foreign country address.

So, it’s a win-win for all involved except the party in the U.S. using the Call-Back feature. And, as long as the return call is kept on the line and connect, the fees continue to keep adding up until the call is disconnected again.

The more routing and delays in connecting that occurs, the more minutes pass by, and the more fees add up.

Different Versions of the Same Game

The one-ring and hang-up scam doesn’t copy exactly in every situation. There are variations depending on the systems used and how the scam is applied. In some cases, the robocall will leave a message, or there will be a live caller emphasizing the need for a callback due to an urgent need.

The most common excuses include a relative arrested, a package misrouted, a delivery scheduling, and friend or relative who is sick, and more.

How to Avoid the Scam

First off, folks should never call back a number they don’t know or recognize. Doing so sets one up for the fees to start charging. By simply not calling back at all, the scam never gets a chance to connect to a victim’s phone account in the first place. And prevention is a lot cheaper than damage recovery after the fact always.

Second, any number that is going to be called should be checked out online first. Just do a simple search engine check on the number and see what comes up. If the number is international, don’t do anything further and just ignore the matter altogether.

Third, some folks go even farther and have their phone company block any international calling capability altogether. This might not be practical for everyone, but for those who have no need at all, it makes sense and is very effective protection.

Finally, always have a healthy dose of skepticism. Free stuff or help rarely happens in this day and age. And the chances of being a big winner by phone are nil and none with not much in between.

Government Involvement Due to the Scale of the Problem

The number of people being caught up in the phone fee one-ring scam has gotten so bad. Even the federal government has now stepped in.

Multiple agencies regularly work to break up such network attacks, but prevention remains the big key in reducing the number of victims. The Federal Communications Commission has been on a significant education program to teach consumers the risks of the one-ring scam and how it works, and what to watch out for in terms of unknown fees showing up on phone bills.

The earliest form of the scam showed up with toll charges, typically involving some kind of a 900 phone number. However, now that scammers are regularly hiding their real phone numbers with fake ones, that’s become much harder to identify automatically.

Many of the calls are also using fake country codes that look like regular area codes in the U.S. Examples include 232, which turns out to be Sierra Leone in Africa, and 222 in Mauritania.

And the attacks are not specific to one area, but they do seem to like targeting communities in the U.S. with a higher number of older citizens and retirees, namely Arizona and New York.

Eventually, like so many other similar issues, the government will create enough pressure to shut down the latest scam. Robocalls continue to be a nuisance at the least and a serious crime problem at their worst.

Legislation continues to be proposed increasing the power of communication regulations and law enforcement to clamp down on abuses.

Unfortunately, as fast as the government finds a way to block off a conduit, scammers have typically created ten more new methods to circumvent the previous obstacle. As a result, consumer prevention tactics continue to be the most effective and easiest way to block one-ring scammers right now.

Landlines Might be Vulnerable, but Cell Phones are Targeted Too

The one-ring scam works primarily on landlines, which predominantly still exist for older residents and account holders in the U.S. However, those with cellphones aren’t off the hook; a variety of digital scams, including text links, are also in play, creating victims of all generations as well.

However, in every situation so far, consumers still have the upper hand with prevention—don’t call or click back, period. By simply avoiding the return connection, consumers literally block the scam transaction from being successful every time.