Here’s how safe it is to show nudity on Google Chat:

It is not inherently safe to show nudity on Google Chat.

Regardless of how you go about it, it is possible for the nude content to be saved and shared, no matter how you feel about it.

Most of these risks come from engaging with other people on the internet.

Once nude content is out there, you can’t control it.

So if you want to learn all about how safe it is to show nudity on Google Chats, then you’re in the right place. 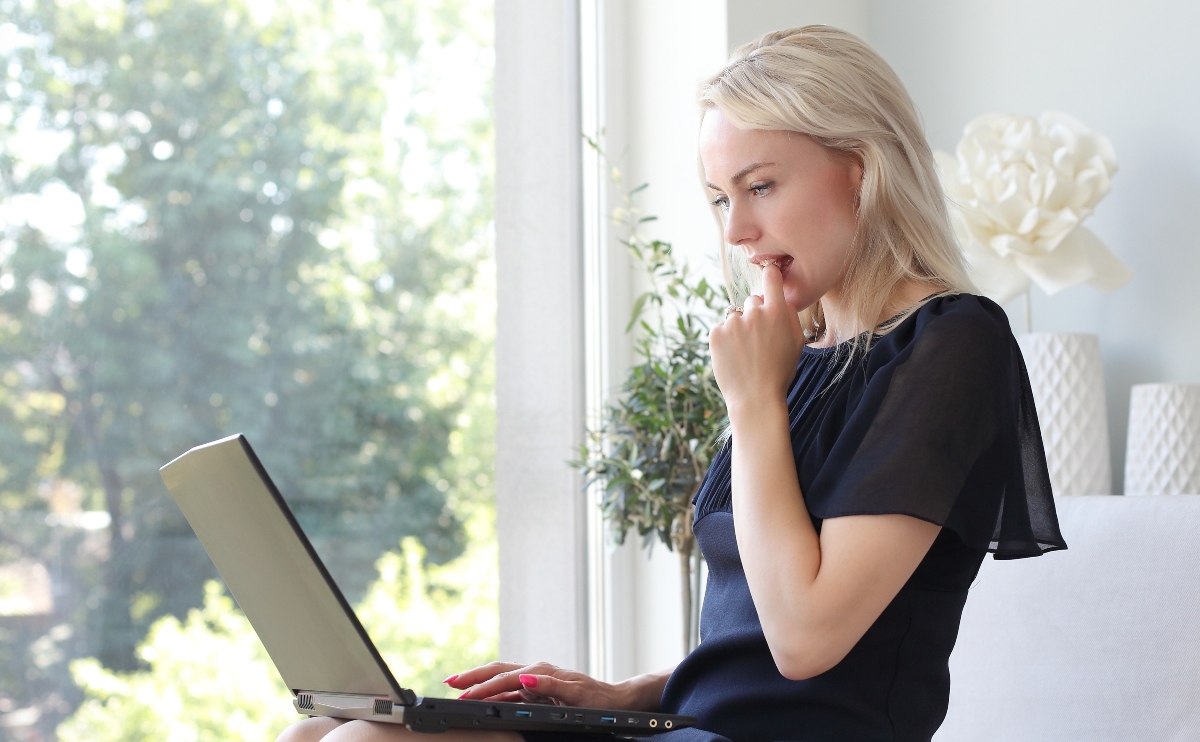 It’s not exactly safe to show nudity on Google Chat, but the reasons aren’t necessarily what you imagine.

So, let’s go through Google Chat security measures to see what vulnerabilities exist.

The most important safety feature utilized by Google Chat is encryption.

Every message you send on the platform is encrypted when it is sent along the internet.

For anyone who doesn’t have a strong idea of how encryption works, here’s a brief explanation.

Encryption scrambles the data in a file.

This matters in the case that someone else is able to intercept your transmission.

If they were able to get the raw data from the nude somewhere in transit, what they would really have is scrambled data, and it’s incredibly unlikely that they would ever be able to make sense of that data.

So, encryption is important.

But, end-to-end encryption raises the stakes.

With a normal communication platform, all of your messages are sent to a server run by the company.

In this case, Google is the company, and they do have these servers (but ultimately Chat does things a little differently).

The messages can then be downloaded by either user from that server.

Ultimately, this means that your nude would be stored on someone’s server somewhere.

On top of that, it’s not necessarily encrypted while it sits on the server, so there’s a possibility for the photo (or video) to be stolen.

What this means is that the file never goes to the Google server.

Instead, it’s encrypted, sent directly to the other user, and then decrypted on their device.

There’s no chance to steal the photo from Google.

Now, you can turn off end-to-end encryption, but it’s there by default.

This represents greater security than is standard for most chat platforms.

Because there’s a good chance that Google never has control of your nudes in the first place, you don’t even have to worry about their privacy policy.

The policy only applies to data controlled by Google.

But, it’s possible to send nudes on Chat and not use end-to-end encryption.

While Google does collect and even share data from your use of Chat, that does not apply to content.

Google might keep track of your location, how long you use Chat, and even who you talk to.

But, it doesn’t keep track of the messages themselves (including anything that could involve nudity).

Google never shares, sells, or even catalogs your content, so your nudes are not going to be disseminated by Google.

It’s not a perfect record, but for the size of the company and the ridiculous volume of traffic and data that they handle, it’s a positive record.

Let’s start with the bad news.

Google has been hacked, and they have suffered multiple data breaches over the years.

It’s been a while since any have become publicly known, but data was lost to these breaches.

You can get more details about all of them here, if you’re interested.

If you upload photos to Google systems, those photos have not been breached.

Since Google doesn’t use internal tracking mechanisms to label and view content, data breaches lack that data too.

The breaches stole information that includes names, passwords, location data, and the kinds of things that Google might be willing to share without a breach.

Here’s one other piece of bad news.

In the event of a Google breach, it is possible that a hacker could get a hold of your username and password.

In that case, they would be able to see everything you have saved on Google.

So, if you’re worried about nudity, simply take the steps to make sure it isn’t stored on Google servers.

What Are the Risks in Google Chat Nudity? (3 Examples)

Something doesn’t add up.

I started by telling you that it’s not at all safe to show nudity on Google Chat.

Then I showed you these powerful security measures controlled by Google and why they work so well.

Google can’t protect you from yourself.

If you give someone your username and password, then none of Google’s security measures will protect you.

That’s a bit of an extreme example, but there are a few ways that your nudity on Chat can turn nightmarish, and none of them involve a security breach or failure on Google’s part.

So, let’s take a minute to really think about how nudity on Chat could end poorly.

The most important thing to remember is that whether end-to-end encryption is used or not, the person you chat with can save your conversations.

Ultimately, they get every message on their device, and if they want to save those messages, they can.

So, if you send nudes via Chat, the recipient can hang on to those pictures for as long as they like.

Hopefully, the person on the other end respects you and would never share those pictures.

But, are you absolutely sure about this?

I’m not talking about some extreme example where they share your nudes all over the internet.

Would they be willing to share those pictures even with their own friends?

How do you feel about that?

If you send a picture (or a video), it’s no longer in your control, and no security feature can change that.

Here’s where things can get a lot worse.

In fact, it’s so much of a thing that there are laws about it.

But despite the laws, there are no guarantees that people will refrain from participating in this behavior.

There are even instances where people simply texted or emailed nude content in a chain-letter-like scenario.

Before it could be stopped, the photos were circulated to thousands, even millions of people.

If you send nudity to another person, they have absolute control over it.

It doesn’t matter if you use Google Chat or any other platform. The other person is the risk.

Catfishing makes all of this even scarier.

Typically catfishing is a term that describes when a person lies to another in order to earn their trust.

It’s usually done via online resources, like Google Chat, and in most cases, the goal is money.

So, a common scenario is that a catfish could get on a dating site to look for victims.

When they strike up a conversation, they convince the victim that there is a connection.

They build up an online relationship, and then they use that relationship to ask the victim for money.

It’s unpleasant, and it often ends with a victim giving up money and then being left in the cold.

There’s an aspect of catfishing where someone’s goal isn’t to get money from you.

Instead, they could try to get something specific from you that benefits them.

In a niche set of cases, catfishing can try to get nude content from victims.

Someone could catfish you specifically for nude content, and Google Chat won’t protect you here either.

The last risk is social engineering.

Technically speaking, catfishing is a type of social engineering.

Social engineering is a broader term to describe manipulative behavior.

There are people out there who might try to manipulate you for any number of reasons.

In order to do that, they probably have to talk to you, and Google Chat is as useful for this purpose as anything else.

When it comes to nude content, social engineering will probably closely resemble catfishing.

The idea is that the person on the other end of the chat could be trying to manipulate you into giving up nude content the whole time.

Conversely, they might be manipulating you for any other reason, and the nudes are just something else to add to the pile.

The risk here is the same as most things on the internet.

If you’re using it to meet people or make friends (or date online), then you’re at higher risk.

Be wary because Google Chat has no special features that can prevent you from succumbing to well-executed manipulation.