Here’s everything about GPA being important for computer science:

As long as you meet minimum GPA requirements for whatever you’re trying to do, GPA is usually not the most important thing in computer science.

A high GPA can help people with little to no industry experience, but experience and portfolio projects are almost always more valuable than grade points.

So if you want to learn all about the reasons why GPA matters more or less, then this article is for you. 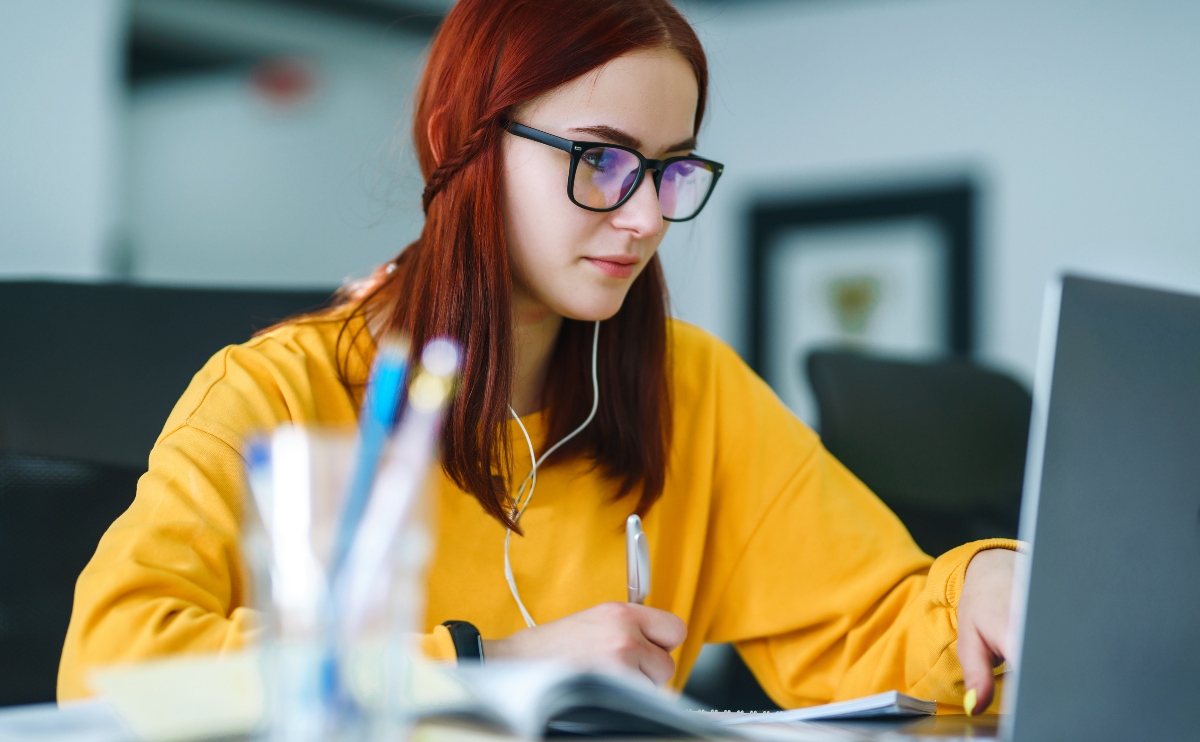 How Much Does GPA Matter? (4 Scenarios)

This is actually a pretty big question, and a short answer isn’t going to cut it.

GPA is the very most important thing in some cases.

In other cases, it basically doesn’t matter at all.

On average, it’s more of a tiebreaker to compare candidates who are otherwise comparable.

On top of all of that, GPA matters more or less for different reasons.

Are you applying for a job or trying to get into grad school?

Who is evaluating your application?

All of this will impact GPA emphasis.

The best way forward is to break it all into smaller pieces.

Graduation is a perfect way to highlight the dichotomy present in this conversation.

You have to have a high enough GPA to graduate.

If you don’t meet the GPA requirement, you don’t get a degree.

But, once you’re above that threshold, your GPA no longer matters at all.

That’s the recurring theme that you’ll see over and over again with each of these topics of discussion.

GPA always matters to some extent, but it’s never the whole story.

With that said, there’s a specific element of GPA and graduation that’s probably worth a little more attention.

For the vast majority of college programs, you have to do more than have a sufficient GPA.

You also have to score well enough in your core subjects of study.

If you’ve ever heard the phrase “Cs get degrees,” then you’re familiar with the concept.

A D is a passing grade for general college classes (although some colleges do things differently).

But, if it’s a computer science class, then you’ll need a C or higher to pass.

So, if you had all Cs on your transcript, that would traditionally be rated as a 2.0, which is also usually the minimum graduating GPA. But, since an A is worth 4 points and a D (which is passing for non-core classes) is worth 1 point, you can maintain that GPA with a fair number of Ds, as long as you have the As to balance them out.

When it comes to your core classes, that’s no longer the case. Since a C is the minimal passing grade, you will almost certainly have better than a 2.0 GPA within those core classes.

In this weird way, you can argue that GPA matters a little more than it seems for completing a degree.

Now that we have GPA and passing grades out of the way, the rest of these are a little easier to discuss.

So, when it comes to advancing your academic career, how much does your GPA matter?

It’s still a mixed bag of mattering some but not being the only important thing, and when we break up different ways to advance an academic career, the waters get even muddier.

Still, we can go through each item and learn something.

Grad school is an obvious way to advance your academic career.

You learn more about computer science and work towards a specialty.

You might even have your grad school paid for by the department itself, so being a graduate student can feel a lot like having a career already.

So, when you’re trying to get into grad school, your GPA will matter.

Most graduate programs have minimum GPA requirements, and it’s usually well above a 2.0.

Grad schools only want students who already have a very strong grasp of the fundamental topics taught in undergraduate studies.

But again, GPA isn’t everything.

If you meet the minimum requirements, then having a low GPA doesn’t hurt your chances of being accepted into a program, but a high GPA alone usually won’t be enough.

You’ll probably need a good score on the GRE (or an equivalent test).

You’ll need letters of recommendation from your professor.

Since this is computer science, you’ll also need a strong idea of an area of research.

Graduate programs are more specific than undergraduate, so you’ll need to know if you want to go into cognitive science, artificial intelligence, robotics, or any of the countless other specialties that exist within the realm of computer science.

All of that is looked at in parallel with your GPA, so even with a 4.0, you’re not guaranteed to get into a graduate program.

Likewise, having a lower GPA won’t prohibit your acceptance.

It’s about balancing all of the things, and yes, when all other things are equal, the student with the higher GPA is better off.

For the most part, graduate students are expected to participate in research.

The level of participation depends on the type of degree being pursued, but some amount of research is normal.

So, let’s focus on undergraduate research.

In the majority of schools, you can get a computer science degree without doing any research in the field outside of your coursework.

Your coursework might involve labs and studies that can be described as research, but what we’re really talking about here is getting a research position.

Such positions are great for advancing your academic career, building up your resume, learning a ton more about computer science, and growing your experience.

If you’re trying to get a research position as an undergraduate, does your GPA matter?

No one wants to give out such a position to someone in danger of flunking out of school.

But aside from that, overall GPA often isn’t considered at all.

Now, you’ll need to do well in classes that are directly related to the research position.

So, if you’re looking to do research in machine learning, you’ll need to do well in classes that cover concepts related to artificial intelligence and anything else the professor deems relevant.

The relationship you have with the head of the research and the department, in general, will matter a lot more.

In fact, sometimes, research positions are given to students who aren’t the strongest in class as a way to try to invest in their progress and help bolster their ability to succeed.

To clarify, I’m basing this category around jobs that are run directly by the institution where you study.

Some common academic jobs for computer science majors would be running a computer lab, tutoring, and even working in the IT department.

Technically, working in the registrar’s office or as parking security would also count, but that’s not specific to computer science, so I’m ignoring it.

So once again, the emphasis on GPA can vary a lot.

This is another case where minimum GPA requirements are common, and there is a particular job here where GPA often matters more than usual.

At a lot of institutions, if you’re going to tutor students, you’ll need a higher-than-average GPA as compared to other academic jobs.

The rationale is pretty obvious.

You’re responsible for teaching concepts to other students.

They want to be sure you know your stuff.

Otherwise, GPA is going to depend on how competitive the position is.

If there are a lot more applicants than spots, GPA will probably be a big deal.

If it’s at all like my school, they won’t have enough applicants for all of the available jobs, and as long as you meet the minimum GPA requirements, you’re in.

Even though they are related concepts, these internships are applying specifically to jobs that aren’t run by the university.

So, if you try to get an internship at Google, that’s what I’m referencing.

The truth is that GPA usually matters more for internship selection than it does for getting a job after you graduate.

The reason for that is that undergraduates applying for internships usually don’t have a lot of industry experience.

The whole point of the internship is to start building that experience.

Because the hiring managers have less information at their disposal, they have little choice but to emphasize GPA as a means of distinguishing candidates.

But, if you feel like your GPA is low, you can easily compensate by finding other ways to demonstrate your proficiency as a computer scientist.

If you’ve been working on personal projects, you can show that progress to a recruiter, interview, or hiring manager.

It lets them see what you’re capable of doing, and that will de-emphasize your GPA.

#4 Getting a Computer Science Job?

They use a lot of the same selection methods.

But, getting a job is fundamentally different in a few ways, and that impacts GPA emphasis.

First, the idea here is that we’re talking about careers, and you usually apply for those jobs upon completing your degree.

Since you have a degree, GPA is less important to hiring managers.

You’ve demonstrated a lot of proficiency just by getting through the program.

And, in case this isn’t clear, let me point out an example.

A student with a 2.5 GPA in their final semester of computer science likely has stronger skills and more knowledge in every subject than a first-year student with a 4.0. It’s a simple matter of accumulating knowledge and skills, and hiring managers know this.

A second issue is that a lot of internships specifically recruit out of colleges.

You’re primarily competing against other students with limited knowledge and experience, so naturally, GPA will matter more.

Once you’re going for a “real” job, you’ll be competing with people who aren’t in school.

Candidates might never have gone to school, or they might have been in the industry for years before applying for the same position as you.

It’s weird to try to compare the GPA of a fresh graduate to that of someone who has been working in computer science for more than a decade.

Industry experience is almost always worth more than GPA points.

That said, there are positions that will post GPA minima.

It’s not entirely common, but for entry-level jobs, it does happen, and it is deliberate.

While some candidates might slip through the cracks, those minima are intended to weed out candidates well before any interviewing process begins.

But, if you meet that minimum, then that’s usually where GPA stops mattering.

When all other things are equal, GPA might be used as a tiebreaker.

But all things are pretty much never equal.

When Does GPA Matter the Most?

With all of that said, let’s try to consolidate some ideas.

GPA matters the most when you have limited ways to demonstrate how good you are at computer science.

That means that any opportunity you have to demonstrate skills outside of a classroom is invaluable.

Jump on the research project.

Build up your private project portfolio.

Go after those internships.

Hiring managers love to see real examples of your work rather than guessing how accurately your GPA represents your proficiency.

Also, make sure you meet the minimum requirements.

That’s the other time GPA matters a lot.

When Does GPA Matter the Least?

Based on what you just read, this is easy to define.

GPA matters the least when you do have good ways to strut your stuff.

It’s direct, and hiring managers can use it to see exactly what kinds of work you can do.