Here’s how to divide bandwidth between users.

It depends on whether you want to divide the bandwidth when connected via cable or wireless.

So if you want to know how to split bandwidth between users, then you’re in the right place. 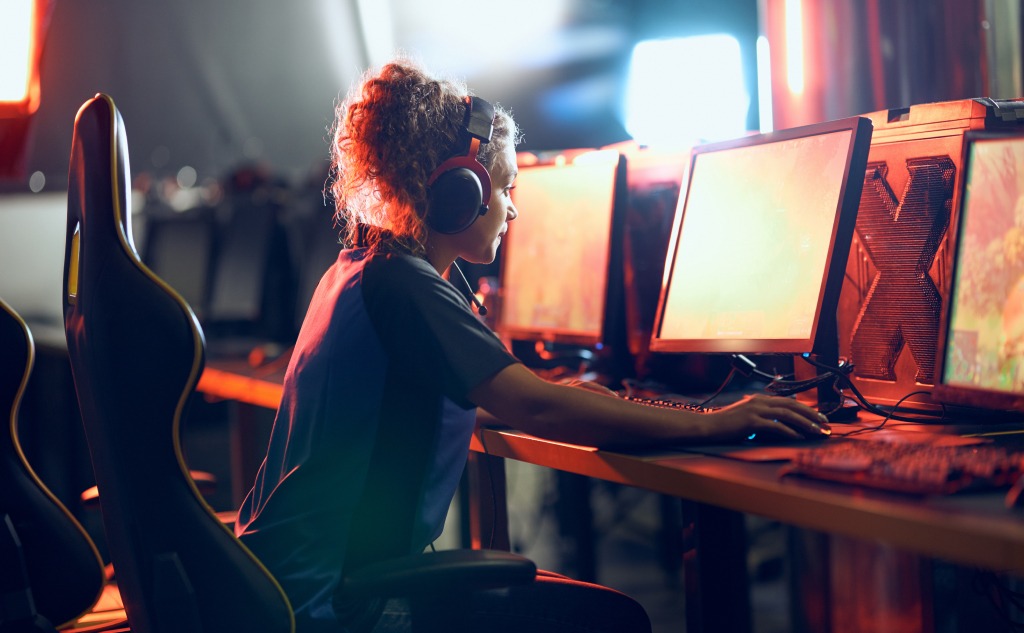 Internet access is a necessity, especially now that we experienced the necessity of sometimes working from home. It definitely makes life easier. We can do things on the go, and we can access different sources of information wherever we may be.

The only tricky part is picking the appropriate bandwidth. For that, we need to understand the purpose of our internet access.

It’s great that most of the ISPs (Internet Service Providers) offer enough bandwidth for these purposes. However, there’s a question of speed, and high bandwidth doesn’t come cheap.

Suppose our work or fun requires higher bandwidth or multiple users connected to the same access point. In that case, we need to use bandwidth moderately and divide it equally between the users.

Bandwidth refers to how much data can be transferred to and from your device. Basically, bandwidth is the maximum data transfer rate from one endpoint to another.

When you download an HD (High Definition) video that’s a large file, over 2 Gigabytes, it can take anywhere from a few minutes to a couple of hours, depending on the bandwidth.

It’s the same when it comes to uploads. Suppose you’re a YouTuber and start uploading your newest video. In that case, you’ll get a very slow upload if the bandwidth is very low. However, if the bandwidth is high, your upload will be significantly faster.

It’s easy to explain the difference between the two. Bandwidth is the maximum rate of data that can go through to the other endpoint per unit of time. Speed is different. It refers to how quickly the data travels.

It’s safe to assume that with higher bandwidth, we get higher speeds. However, numerous other things affect your internet speed.

We’re speaking about types of cables, location, hardware, and so forth. So, the bandwidth can be very high. Still, the speed can remain very low if we’re not connected using the appropriate hardware or other factors are at fault.

Speed translates to the data rate. For example, the bandwidth can be 150 Megabits per second (Mbps), and the data rate can be 100 Mbps.

The maximum amount of data we can transfer in a second is 150 Mb, but the maximum speed is 100 Mb of data per second.

So, why is the data rate lower than the bandwidth? Why isn’t it the same?

We measure bandwidth using different software and hardware. The most common method used by most speed tests is transferring a specific file of known size and measuring how long it takes to transfer it.

There are other more complex ways, but we won’t get into those now.

So, there are a lot of different bandwidth types when measured:

It’s the amount of data that passes through, no matter if it’s useful or not. It can vary based on routers, processing power, endpoints, users’ behaviors, and so on.

There are two different types of bandwidth for each connection. It’s still related to the upload and download capacity of our internet connection.

How To Check Bandwidth Usage?

It’s important to check the use of your bandwidth from time to time. The ISP can sometimes meddle with your bandwidth because of what you do online, and you don’t want our internet connection to be sketchy.

When you think that your internet connection is slower than usual, you can call our ISP and ask for an explanation. The worst possible solution is to upgrade to a higher bandwidth because your download speed is slower.

That’s why it’s necessary to sometimes just do a quick check. There are many tools available for download online for both Mac and Windows devices. By using these tools, you can identify which device in the network uses the most bandwidth.

Some ISPs provide data usage meters as one of their services. So, you can easily check how much the devices are connected to the internet access point through the router in your home use.

If that’s not an option, some routers have integrated bandwidth-monitoring software. You’d still need to access the router’s interface to see the bandwidth usage.

However, if you want an equal amount of bandwidth on your devices at home, you need to check the usage, then you can do a couple of things to solve the issue.

Internet speed and bandwidth are very important factors in our internet use. So, when multiple users are connected to the same network, they all get an equal amount of bandwidth with an equal data rate.

Unfortunately, this is just a theory. Suppose there are two computers connected to the same router that is connected to an internet access point. In that case, it’s quite common that one computer has a higher bandwidth than the other.

However, in ideal conditions, when two computers are downloading or uploading the same file simultaneously via two different cables that are identical, the bandwidth should be the same on both of them.

Unfortunately, the only way to have a somewhat equal bandwidth distribution is to do one of two things.

You can buy an expensive router meant for businesses that has a traffic shaping option.

Traffic shaping is used to manage performance and increase usable bandwidth. This is one way to control how much bandwidth is available for a computer connected to a network.

The second way is to use an old computer with Linux as a server. The purpose is the same. The server will have traffic shaping software that controls or limits bandwidth. The software can also run on Windows servers.

There are also third-party software options. It’s apps like SolarWinds Bandwidth Analyzer Pack, Paessler PRTG Network Monitor, NetLimiter, and NetBalancer that can also help with this.

Fortunately, suppose we’re looking to control bandwidth over a Wi-Fi router. In that case, it’s much easier, and there’s no need to install any third-party software.

By controlling the bandwidth, we decrease the heavy impact traffic might have on our internet connection.

So, how do you get the bandwidth under control?

Second, you need to log into the web interface, and you need to type in the username and the password. Both of these are “admin” by default.

Next, you look to the left menu and click on Bandwidth Control > Control Settings. At that point, you’ll be able to see a checkbox that says “Enable Bandwidth Control,” the Line Type, and the egress and ingress bandwidth.

You need to select either ADSL or “other” if you don’t have an ADSL modem for the line type.

The egress and ingress bandwidth are the bandwidth provided by your ISP. Click on Save, and go to Bandwidth Control > Rules List.

After you enter the Rules List, you’ll see a button that says “Add New.” Click on it.

A new page will appear, and you’ll be able to see the settings that enable specific dedication of bandwidth to specific IP addresses.

So, the first box is just a checkbox that says Enable, and you need to check it to enable the rule.

The second two boxes are the IP range where you need to type in a single IP address of a laptop you need to control or a whole range of IP addresses.

When you type in a single IP address, the computer with that IP address gets the bandwidth you dedicated.

Important: You need to assign a static IP address to the devices you want to control bandwidth.

This way, you can add multiple rules and control bandwidth on multiple devices.

Next, you can see the Port Range boxes. You can type the port numbers for the TCP or UDP protocols. It’s best to assign all ports as you already have the device’s IP address on which you want to control the bandwidth.

After that, you can select both protocols. Because you need to control bandwidth flow through both protocols, this is the only way to ensure that no bandwidth will be lost on the device.

It’s important to set the minimum bandwidths for egress and ingress less than the one you saw on the Bandwidth Control Settings. Remember, this page has your real bandwidth.

The maximum bandwidth for both egress and ingress bandwidth is up to you. This is how much data you want to allow to go to one device.

Suppose you allocate the same amount of bandwidth evenly to all the devices connected to your wireless network. In that case, the bandwidth should be equally distributed.

However, you have to divide the real bandwidth into equal amounts to do so.

So, if the real bandwidth is 150 Mbps ingress and we have three connected devices, 50 Mbps goes to each device. The same goes for the egress bandwidth.

Block a Device on Wi-Fi

You need the MAC address (media access control address) for this. No worries, it’s easy to come by.

A MAC address is like a physical address. It’s the address of the network card on our device. Using this address, you can do multiple things in your network. You can limit the data flow or block a user on the network.

One way to identify a MAC address is to download third-party apps that do just that. There are numerous apps such as these, e.g., Wireless Network Watcher, Fing, etc.

Another way to do it is by following these steps:

Once you locate the MAC address of the device you want to block, you need to access the router settings.

To do this, you need to open a browser and type the router’s IP address into the web address bar. Next, you need to log in using the username and password, which are usually “admin.”

Now, you can add the MAC addresses you want to block. Once you add them, you need to select Reject in the MAC filter mode. Finally, you click Apply, and it’s done.