Here’s whether someone can spy on your phone through Bluetooth when you’re using Bluetooth headphones:

Any form of wireless communication can be exploited or hacked, and through that, hackers can spy on your phone.

Bluetooth connections have known vulnerabilities, and they have to be addressed.

That said, spying through Bluetooth is much more difficult than many other forms of hacking and spying.

If you want to know all about how someone can spy on your phone through Bluetooth when you use Bluetooth headphones, then you’re in the right place. 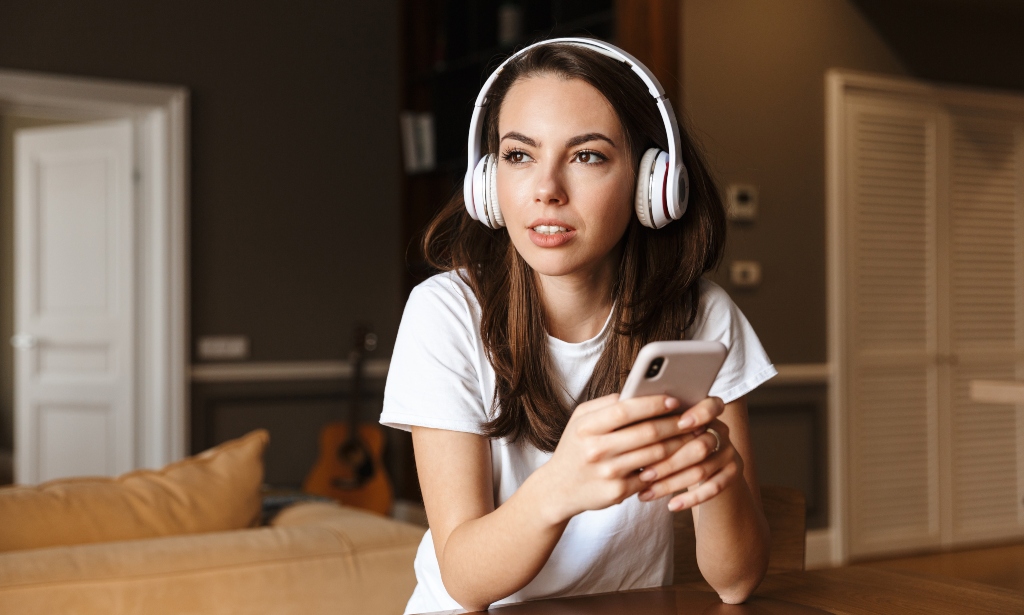 How Does Bluetooth Hacking Work?

The information is secured on purpose to make it hard for people to spy on you or hack your device via Bluetooth.

Despite all of the security built into the technology, hackers find a way.

In order to try to deal with hacking and be as secure as possible, it helps to know how hacking works.

For a hacker to access your Bluetooth connection, they have to get around the encryption one way or another.

Doing that is not exactly easy, so hackers mostly use a few preferred methods.

Snoopware is malicious software that can be downloaded onto your phone.

You can think of it as a category of spyware.

It is designed to give hackers the means to interact with your phone in a way to work around security protocols and encryption.

They can use that hijacking to send signals and information to a device of their choosing.

That signal is still encrypted, but because the hackers have access to your phone, they can list themselves as a trusted device.

That means that they get to decrypt everything the same way as your real trusted devices do, and it means that Bluetooth security is largely rendered useless.

Here’s the most important thing you need to understand about malicious software.

Most of the time, it is installed with your permission.

The hackers make it look legitimate, but they have to trick you into installing it.

Your best defense against snoopware is paying attention to what you are downloading or installing.

If you don’t recognize it, don’t give it permission.

No software is perfect.

The software that makes Bluetooth work is no exception.

Hackers sometimes find exploits that they can use to bypass security.

These exploits are usually obscure and complicated, and no two are ever really the same.

It takes a high level of expertise to find and use exploits, but expert hackers make a living out of this.

When it comes to Bluetooth, there are several known exploits, and hackers have used them to spy on conversations and even take control of phones.

There is really only one defense against exploits. Run your updates.

When software developers become aware of exploits in their code, they make updates to remove the exploits.

This is why IT experts are always harping on you to run your updates.

Spoofing is probably the most common way for anyone to hack a Bluetooth connection.

Hackers create a device (or network) that looks like the one you actually want to connect to.

They “spoof” the name or address of the device you seek.

When they do this, you end up connecting to the hacker’s device instead of the one you really wanted.

They requested permission to connect, and you gave it.

That means that encryption and security are no longer working to protect you.

This makes more sense if we talk about how Bluetooth security works for a moment.

If every Bluetooth signal is encrypted, how do your two devices actually sync up and connect to each other?

Well, when you go through the protocol to establish the connection, you pair the devices.

They have to give each other permission to connect.

Once that is done, they exchange security keys that allow them to decrypt messages passed between the two devices.

Without this, no Bluetooth devices would be able to communicate.

So, when you connect to a spoofed device, your phone (or another device) thinks that everything is fine.

It uses normal protocols to allow that spoofed device to decrypt everything, and the hackers have full access to every communication sent over Bluetooth.

The hardest way to attack a Bluetooth connection is with brute force.

When hackers do this, they basically use a computer to randomly guess passwords or security keys.

These are the security keys that your phone and headphones exchange in order to communicate.

If the hackers ever guess the keys correctly, they have full access to your Bluetooth connection.

But, there’s a reason this is the hard way and rarely used. Math is on your side.

The sheer number of possible security keys that encrypt a Bluetooth message is astronomical.

Even a supercomputer needs years to force its way through encryption.

For a hacker to do this to your Bluetooth, they would need to be able to maintain the brute force attack for a very long time.

It’s not really a concern.

Instead, it highlights how hard hackers have to work to find a way to cause problems.

Is It Ever Okay to Use Bluetooth?

Yes. You can safely use Bluetooth in a lot of circumstances.

The chief among those is when you’re alone.

We can go over the details in a bit, but Bluetooth is not the same as other wireless communication methods.

When you’re alone, the risk of Bluetooth hacking drops considerably.

Even when you aren’t alone, there are a lot of things working in your favor to keep your devices reasonably secure against attacks.

Let’s go over the three biggest factors that protect you from Bluetooth hacking.

The biggest thing working in your favor is signal range.

Have you ever tested the range of your Bluetooth headphones?

How far away from the phone can you get before you lose the signal?

They can’t attack your Bluetooth connection unless they are close enough to communicate via Bluetooth.

When you’re at home, they can’t really get close enough to try to attack your connection.

The same goes for driving in the car and a ton of other scenarios.

The only real-time a hacker could try to get to your Bluetooth is when you are in a public place, and that’s where the majority of Bluetooth attacks occur.

As an example, if you’re sitting in an airport waiting for a connection, a hacker could be close enough to you to cause trouble and use one of the methods above.

So, if you’re really worried about Bluetooth hacking, you can simply turn it off when you’re in public.

If that sounds bothersome, there are other things working in your favor.

Bluetooth is designed to save battery life.

That’s the whole point of it, and because of that, it uses a lot less power than other types of communication.

That actually makes hacking harder (though not impossible).

Many methods of hacking require devices to talk to each other a lot.

They require a lot of power to go through exchanges quickly and at range.

Because Bluetooth is always saving power, it doesn’t run fast or strong enough to keep up with intense hacking attempts.

If a whole bunch of people tries to ask you questions at once, you won’t be able to keep up with all of them, and the effort is wasted.

Your Bluetooth connections are limited by power consumption, and that makes them much more difficult to attack.

We’ve talked a bit about encryption, but Bluetooth has more security than just encryption.

There are a number of advanced protocols that are all designed to make it difficult to hack the signal.

This includes signal modification, signal filtering, and a bunch of advanced technology concepts that all work hard on your behalf.

There is also the previously-mentioned concept of updates.

Updates regularly enhance Bluetooth security through patches that are designed to improve protocols and eliminate vulnerabilities.

To really understand how much security is built into Bluetooth communication, think back to the section on brute force attacks.

They’re basically impossible to use because Bluetooth security is robust and reliable.

It’s only when a trick allows the hackers to bypass security that danger really exists completely.

Picking You out of a Crowd

This will sound a little weird, but one of your best defenses against Bluetooth hacking is anonymity.

Hacking takes a lot of work, and hackers can’t blanket attack everyone.

Bluetooth connections are pretty limited, so they can’t just spoof or attack every connection out there.

Instead, hackers have to pick their targets in order to succeed, and those targets have to be worth the effort.

It’s a simple question. What makes you an appealing target to a hacker?

For most of us, the answer is that we aren’t appealing.

They won’t get anything of value from our devices, so it’s a waste of their time.

For some of you, that might not be the case.

You might have valuable things that are worth stealing on your phone.

If so, you’ll want to take measures to protect yourself.

But, regardless of how valuable your phone is, hackers can only attack you when you are close.

In that circumstance, they have to pick your device out of a crowd.

It’s not an easy thing to do, and it’s why even high-profile targets rarely have their Bluetooth hacked.