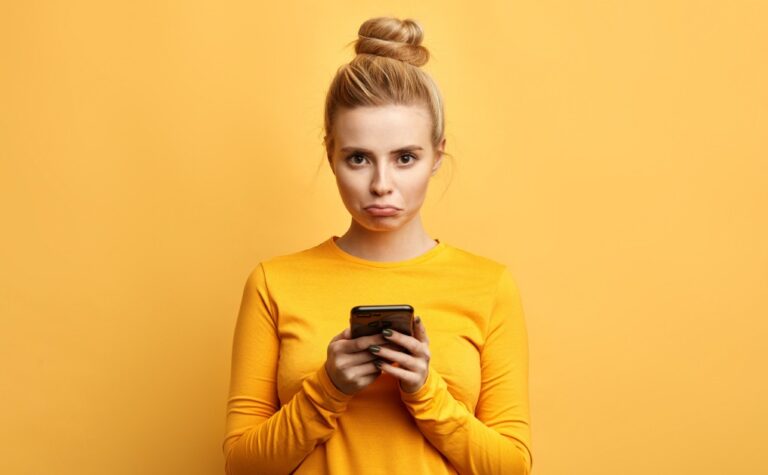 This is whether you are blocked when your phone rings once or twice and then goes to voicemail.

The answer is: it depends.

Now, if you want to know whether you’re blocked, you’ve come to the right place.

Voicemail After First or Second Ring

So, you’ve sent a few messages and made a few calls with no response. Not to mention, the phone only rings once or twice before you’re sent to voicemail.

At first, you probably thought they were just busy, but after a few days of radio silence, you may be asking yourself, “Am I blocked?”

It can feel frustrating and a little embarrassing to realize that you may have gotten blocked by a friend, family member, or potential love interest.

The worst part? You won’t even be notified when that person blocks you.

Fortunately, there are multiple signs that can confirm your number is blocked. Keep reading to learn how to tell if you’re blocked and ways to get around it.

Blocking technology is a handy feature to avoid scammers and permanently silence unknown callers. Some carriers will even do this for you automatically!

You can manually block incoming calls from certain people in the phone app or directly in a contact card on iPhone.

Due to its ease of access, a user may even unintentionally block your number, especially if you’ve only recently exchanged contact information.

How to Tell If You’ve Been Blocked

The biggest indicator that you have been blocked is when the phone rings once or only completes half a ring, then goes to voicemail. Then, depending on the recipient’s cellphone carrier, you may hear an automated message that says the number is “unavailable” or cannot be reached.

Now, don’t get ahead of yourself! If this happens just once or twice, it could be for another reason, which we’ll cover later. You’ll want to confirm this ringing sequence over a few days with multiple calls.

On the other hand, if the phone rings 4 or 5 times and then goes to voicemail, you are probably not blocked. It is more likely that the recipient has their phone on silent, forwarded your call, or is too busy to answer calls at the moment. Try to call back later, leave a message, or send a text for a later response.

Similarly, if the phone does not ring at all, the user’s device may be dead, off, or broken.

Reasons the Phone Rings Once or Twice Then Goes to Voicemail

If the phone rings once or twice and goes to voicemail, there is a high likelihood that you have been blocked. However, that is not the only explanation for this.

The phone may only ring once or twice for a number of reasons:

The simplest way to double-check whether you’ve been blocked is to first call using your phone and make a note of the ring sequence. Then, call the person again using a friend’s phone, work phone, or landline phone. If the sequence changes or the recipient answers, it almost surely confirms you have been blocked.

Other Ways to Check If You are Blocked on iPhone

Calling is not the only way to tell if you’re blocked. You can also send a text message to determine whether to verify.

If you are trying to reach another iPhone user, simply send an iMessage. It will seem to send as normal. However, keep an eye on the text chain. If you do not see the “Delivered” or “Read” notification (if the person typically has read receipts enabled) under your text bubble, the message did not go through.

This likely means the user blocks you. Of course, this could also indicate that the recipient’s phone is turned off or broken.

Keep in mind, this technique only works on iOS and may not be useful if you have an android phone or are messaging an android user.

Will a User Receive Text Messages If You are Blocked?

No. The recipient will not receive messages from a blocked person.

Even if they unblock you down the road, the messages are lost forever.

Can You Still Leave a Voicemail if You are Blocked?

Yes! You are free to leave a voicemail even if the person has blocked you. However, the message will not go to their inbox and the recipient will not get a notification that you’ve done so.

Instead, your message will appear in a separate “Blocked Messages” folder located in the deleted messages area. However, this can vary depending on the cellular provider and device model.

Can Someone Block You on a Landline?

Yes. It’s possible to be blocked on a landline, although the process is a bit more difficult than with a mobile phone. If you have been blocked, you will either hear a busy or fast busy signal before being sent to voicemail. (This response can also happen if you’ve been blocked on a cell phone, but it is less common.)

If you are blocked on a home phone, you are also more likely to hear a dial tone and a prerecorded message that the user cannot be reached.

How to Call Someone That Blocked You

It is possible to get around any blocks and contact the recipient. If you have AT&T, you should go into the phone settings under the ‘phone’ section and disable your caller ID.

For a Verizon phone and other carriers without the previous option, you can use the old hack of putting *67 before you dial the 10-digit number. This method will send your call through as “No Caller ID.”

You can also contact your recipient via social media, email, or a handwritten letter if those options are still available to you. An even better solution may be to ask a mutual friend to reach out on your behalf through message or in person.

It is worth considering that the person you are trying to reach may not want to hear from you. So, be prepared that if they do answer, and it turns out you were blocked, the conversation may not be pleasant. Likewise, any chance you had of getting unblocked may be lost forever.