It’s a generic expression, and in many cases, the tone of the phrase is more meaningful than the words.

In anime, this is part of a trope where a character misreads a situation, thinking it’s sexual in nature when it isn’t.

So if you want to learn all about the meaning of ara ara in anime, then you’re in the right place. 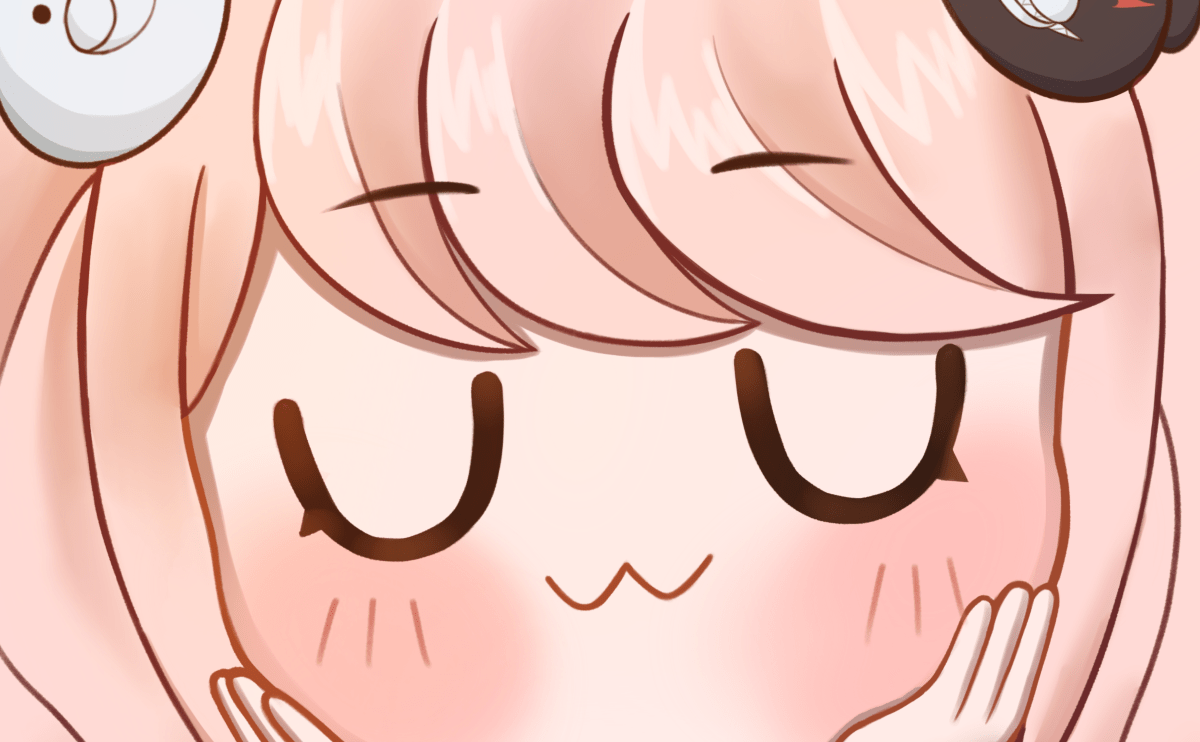 To talk about ara ara, I’m going to have to get everyone on the same page with anime.

If you watch a lot of anime or read a lot of manga, you can skip this section.

This is really a primer for common tropes to help build a context around ara ara.

If you’re new to the media, then I first need to explain manga and anime.

This is pretty simple.

Manga is a word for Japanese comic books.

Being Japanese, they have plenty of aspects that distinguish them from Western comic books, but that’s a close enough approximation.

In Japan, if a manga is popular enough, it might be adapted into an anime.

Anime’s a Japanese cartoon that fits a specific range of art styles.

Most importantly, the storytelling typically flows from manga, and that leads anime shows to follow a lot of common tropes.

Technically, any show is going to follow at least some tropes, but manga and anime tropes are very different from western tropes.

Covering all of them would be way too much for one article, so instead, I want to focus on a group of tropes that actually relates back to the phrase, “ara, ara.”

Basically, the idea is for a situation to happen with sexual undertones where none of the characters involved are actually pursuing any sexual activity.

I can explain with one of the most common forms of this trope in all of anime.

In Japan, communal baths are a common thing.

In fact, there are outdoor hot springs, and they are usually segregated by sex.

So, you’ll have a bunch of men bathing together in one bath and a bunch of women in the other.

Bathing is considered a social, bonding kind of activity in this context.

The very common anime trope is for a character to end up in the wrong bath by accident.

Since it involves bathing, there’s a sexual undertone to the whole thing (as the characters are naked), but in this trope, it’s a genuine accident.

Nothing sexual is actually taking place.

Despite that, the other characters will assume that it’s not an accident and that misunderstanding leads to comedic hijinx.

There are tons of variations on this idea, but the gist is always the same.

A misunderstanding makes an accidental situation look sexual when it isn’t.

You got a little more than you bargained for on this one, didn’t you?

That background on anime and manga was a little long-winded, but it’s necessary to understand ara ara.

You see, ara ara is a common Japanese phrase, and I can give you a fairly simple translation of what it means and how it is used.

The entire next section is all about that.

But when it comes to anime, ara ara takes on a new context, and in order for me to explain that, it is necessary to build a framework with more context.

If you don’t have any exposure to how anime tropes are very different from other kinds of tropes, then it will all feel weird and not truly make sense.

To get us on the same page, here’s an example of an ara ara expression:

The context is everything in the case of ara ara.

With all of that in mind, let’s talk about what ara ara literally means.

Then, I can explain how it has become a trope, a meme, and potentially even more than that.

If you type “ara ara” into Google translate, you’re not going to get meaningful results.

Thankfully, there are other resources in the world, and we can get a good translation of this phrase.

The tricky part is that it doesn’t literally translate into English.

There is no English word that is equivalent to “ara.”

But, the phrase is used in a way that comes up a lot in English, and that’s where we can really draw meaning.

You could translate it into any comparable English phrase, like “oh my.”

The specific words aren’t what matters.

It’s all about the phrase and the context.

Generally speaking, ara ara is said by women to people who are younger than they are.

The age gap doesn’t even have to be significant, and the person saying it doesn’t have to be particularly old in general.

In fact, the phrase doesn’t have to be said by a woman to a younger person.

That’s just the most common context in which you’ll hear this phrase in Japan.

It’s not a rule or anything, it’s just kind of how it goes.

The use of the phrase can also range in intensity.

Think about all of the different times you might hear “oh my.”

It could be in a state of actual surprise.

You saw or heard something you weren’t expecting, so you use the phrase.

It’s not quite on the same level as letting out a scream or a gasp but it’s a case of mild surprise.

But, ara ara can be a lot more casual and even less meaningful.

Imagine a grandmother saying “oh my” to a young child.

In this case, she’s not expressing genuine surprise.

Arguably, the tone with which she uses the phrase carries more meaning than the words themselves.

In the most casual use, it really is just a phrase used to convey tone more than anything, and that tone can convey patience, indulgence, exasperation, and many other ideas.

The literal meanings of the words often aren’t the whole story, and ara ara definitely fits in that box.

But, that is probably enough explanation of the literal meaning of the phrase.

Now, we can get into the anime variations.

There are plenty of times when ara ara will have the traditional meaning in anime.

A mother might say it to her child in response to their wild story or scraping their knee or any other mundane event.

But, there’s another connotation that is something of a trope in anime, and it has even been translated into internet memes.

That connotation is more sexual in nature.

There’s no need to worry; there won’t be any NSFW stuff here, but I will have to explain the gist of the phrase and how it comes up.

Largely, there are two variations.

First up is the use of ara ara when one character walks in on a compromising scene.

That character is usually a female and older than whoever she walks in on, but there’s a bit of a setup involved, so allow me to explain.

A common comedic trope in anime is for a character to trip and fall and end up tangled up with another character in the process.

There are variations that change up how the fall happens, but the point is that two characters are literally atop each other by accident.

Nothing sexual is happening at all.

With the ara ara trope, the older female character would open a door and walk into a room right after the other two characters fell.

Mistaking the situation (again, it’s intended to be funny), she lets out a quick “ara ara” as she closes the door and walks away.

Basically, she’s turning a blind eye to the situation, even as she completely misreads it.

There are countless variations on this trope, but that’s the general idea.

The other primary version of the trope is where the older female character is the one tangled up in the clumsy fall.

In this case, the “older” female character is literally older than whoever falls on her, but she’s not necessarily geriatric.

In this case, the clumsy event usually ends up with the protagonist’s hand in an inappropriate spot (typically the chest), again completely by accident.

The female character will respond with “ara, ara” gently accepting the situation with grace and maturity.

The primary application of this version of the trope is to contrast the older female character with another character who might have a completely different reaction—often an explosive embarrassed rage.

Basically, this version of the trope is trying to subvert expectations because an outrageous embarrassed reaction is an even more common trope in anime.

Where Does Ara Ara in Anime Come From?

So that was a bit of a crash course in common anime joke tropes.

It was a fun little deep dive, but we still have more questions to answer.

How did this become a trope?

That’s a bit difficult to answer.

I can’t perfectly track down an exact origin, but I can still give you a bit of an answer.

The trope really seemed to take off in popularity with the series “Love Hina.”

This was a manga before it was adapted into an anime, and it’s fair to say that both the manga and the anime helped push the trope.

In either case, the story and application are the same.

Love Hina is about a male protagonist who inadvertently ends up living in a female dorm.

As you might imagine, all of the applicable comedic tropes can be found in this series.

Even if the series wasn’t technically the first to implement each and every trope, it was a popular manga and anime that introduced a large audience to more than a few of them.

So, the main character is constantly tripping and falling on girls, going into the wrong bathroom, and generally getting into accidental hijinx that are constantly misunderstood.

That’s the comedic theme of the whole thing.

Among the females in the series is a girl named Mutsumi Otohime.

She is 20 when she meets the protagonist, making her older than he is, but not exactly an old woman.

Whenever she is tangled up in the various hijinx, her standard reaction is the previously explained “Ara, ara.”