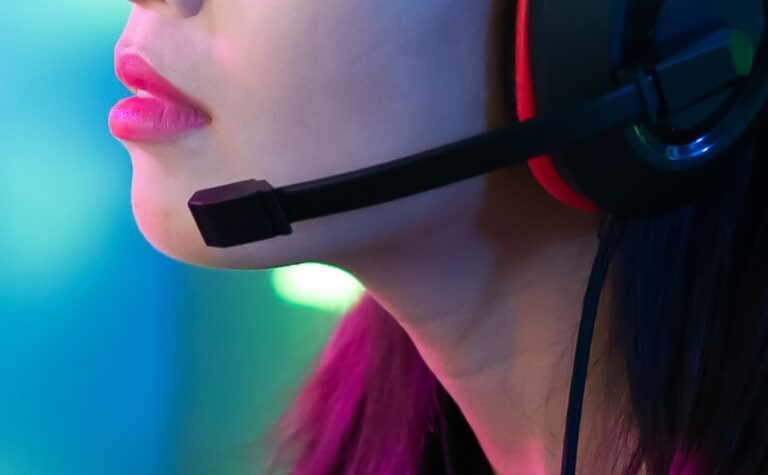 This is about the difference between 120Hz and 144Hz Monitors.

The difference matters to gamers especially—but it depends on your budget too.

So if you want to know the difference between 120Hz and 144Hz monitors, then this article is for you.

Do you consider yourself an avid gamer?

If so, you may want to evaluate what kind of Hertz gaming monitor you require.

Whichever model you choose largely depends on your budget and how serious you are about gaming.

For most people, it isn’t easy to point out the differences between 120Hz and 144Hz monitors.

However, there are still some things to consider.

Below, we have gathered some helpful tips and information on the differences between 120Hz vs. 144Hz monitors so you can determine the right monitor for your gaming needs.

Hertz (Hz) is the refresh rate or the number of images displayed per second in basic terms.

It’s important to note that this has nothing to do with color, accuracy, or resolution.

The higher the number of Hertz, the more images displayed on the computer screen and, therefore, the monitor’s higher quality.

That said, it’s also crucial to point out that the refresh rate is not the same as the frame rate.

The frame rate is the number of frames a system can produce in a second, and the refresh rate is that rate at which your monitor can refresh the display.

Refresh rate and frame rate are also directly correlated to what’s called screen tearing. Since both are separate from one another, they can often result in an inconsistent visual display.

According to Digital Trends, screen tearing results when a computer’s video card releases frames at a rate “well beyond the refresh rate of the monitor connected to it.”

As the monitor cannot handle the number of frames being rendered, sometimes half-frames show up together on the screen. This is a clear split between the two portions, and neither lines up correctly with the other. In essence, the screen “tears.”

With each new monitor, gamers are still surprised at the changes in quality.

However, each gamer has his or her preferences. Some claim that 144Hz monitors are more challenging to use because they’re so smooth, and instead, they prefer using a 120Hz monitor.

Scientists claim that human eyes cannot see past 60Hz. “The eye transmits information to the brain, but some characteristics of the signal are lost or altered in the process,” says Forbes.

This scientific fact has caused some to ask why we even need 120Hz or 144Hz monitors. But here’s the truth.

The same article explains that the brain does the seeing, not the eye. Each person has a different “refresh rate” of images they can see, and our visual field responds differently to rapidly changing light.

All scientific facts aside, 120Hz and 144Hz monitors exist, and manufacturers believe we can see the difference between a 120hz vs. 144hz screen.

Despite the differences being small, gamers still take notice of every little detail.

Every difference plays an integral role in the competitive gaming experience. It’s not so much the difference in “quality,” but rather, fluidity.

As we mentioned earlier, a 120Hz monitor displays 120 images per second.

Compared to their predecessors—60Hz monitors—the change in output is significant.

While the difference between 120Hz and 144Hz is minute, many gamers stick to the 120Hz monitors because they’re much more affordable.

Buying a 144Hz monitor is considerably more expensive and should be carefully considered beforehand.

On the other hand, a 60Hz monitor is a choppy and shallow quality. Before manufacturers released 120Hz monitors, gamers were often troubled with screen tearing and slow responsiveness due to the low frame rate.

Buying a 120Hz is a considerable step up, especially for the following fps games:

A 120Hz monitor has the most optimum refresh rate, resulting in smooth visuals and a seamless gaming experience.

A 120Hz also produces reduced latency and displays visuals without blur, stuttering, or ghosting, which you would typically experience on a 60Hz monitor.

Smooth visuals are essential in ensuring the quality of small details and sharp edges, particularly in fast-paced scenes.

It is also common in the gaming world for gamers to receive motion sickness from motion blur, especially from 60Hz monitors.

However, on a 120Hz screen, a lot of those fast-paced blurs are resolved because the screen can handle the refresh rate.

120Hz monitors also experience a significant reduction in lag. Game responsiveness depends on the relationship between the input lag and refresh rate of a monitor.

Gamers who use 120Hz monitors experience far less lag and a much smoother response than a 60Hz monitor.

A 144Hz monitor displays 144 images per second. While the difference between a 60Hz and 144Hz monitor is very significant, there are no noticeable changes between a 120Hz and a 144Hz screen.

But while a 144Hz monitor is technically better than a 120Hz monitor, it may not be worth buying one since the differences are so small.

However, technologies like G-Sync contain their side effects and additional requirements.

A 144Hz monitor can refresh at a higher framerate. In this case, gamers recommend purchasing a 144Hz monitor, which reduces tearing and allows for a more streamlined gaming experience and smoother visuals.

The differences between these two are small, and it takes an experienced gamer to tell apart a 120Hz vs. 144Hz laptop.

In general, a 144Hz monitor produces a smoother visual output compared to a 120Hz monitor.

Which Monitor Should I Choose For Gaming?

Regarding which monitor you should choose for gaming, the decision is entirely up to the gamer’s personal preference.

Though the differences are small, a 144Hz monitor is slightly superior to a 120Hz monitor.

When both compare to a 60Hz monitor, the differences are much more significant. But when compared to each other, it takes a keen eye to notice all the little differing details. In most cases, the decision comes down to price.

144Hz monitors are more expensive than 120Hz monitors, and some gamers don’t have a flexible budget to buy a new 144Hz monitor.

The decision also depends on what exactly you’re doing on your machine.

Even the smallest glitch or delay can result in a loss—which is why most choose a 144Hz monitor.

On the other hand, you won’t notice much change in web browsing or watching videos or movies.

If you don’t consider yourself a full-time gamer and enjoy casual playing, you may want to stick with a 120Hz monitor; a fast-refresh rate monitor isn’t necessary unless, of course, you have the financial means to upgrade.

But most casual gamers don’t even notice the difference between 144Hz vs. 120Hz monitors.

The question of which monitor is better isn’t necessarily a one-word answer. Contrary to what most inexperienced gamers believe, just because one number is higher than the other doesn’t mean it’s necessarily “better.”

Every gamer has their preferences, and experience plays a significant role in the decision, too.

So, what’s the bottom line here?

The key takeaway is: if you’re a professional gamer who loves fast, accurate, and responsive equipment, there’s nothing more ideal than a fast-refresh rate monitor.

But it’s worth noting whether or not your PC can handle such an advanced upgrade. If you’re serious about gaming, this is a small price to pay.

The difference between 120Hz and 144Hz is not significant, so it’s hard to say whether one is necessarily “better” than the other, especially considering the gamer’s priorities.

Over the past few years, the gaming world has grown, and so has the market for monitors.

You’d be surprised at all the new features each monitor claims to have.

Whether it’s a higher resolution or more input, there’s bound to be a monitor on the market that suits your every need.